Chasing pavement since the early 1900s, Indian was not only the first American motorcycle, it was the world’s best-selling bike and much of that can be attributed to the vision of Swiss-born innovator, Carl Oscar Hedstrom.

Oscar Hedstrom and George Hendee started the revolution in 1901. Hendee was the finance guru while Hedstrom was the brains behind it all. They were both involved in bicycle racing and raced in velodromes at the turn of the century when bicycle racing was huge. 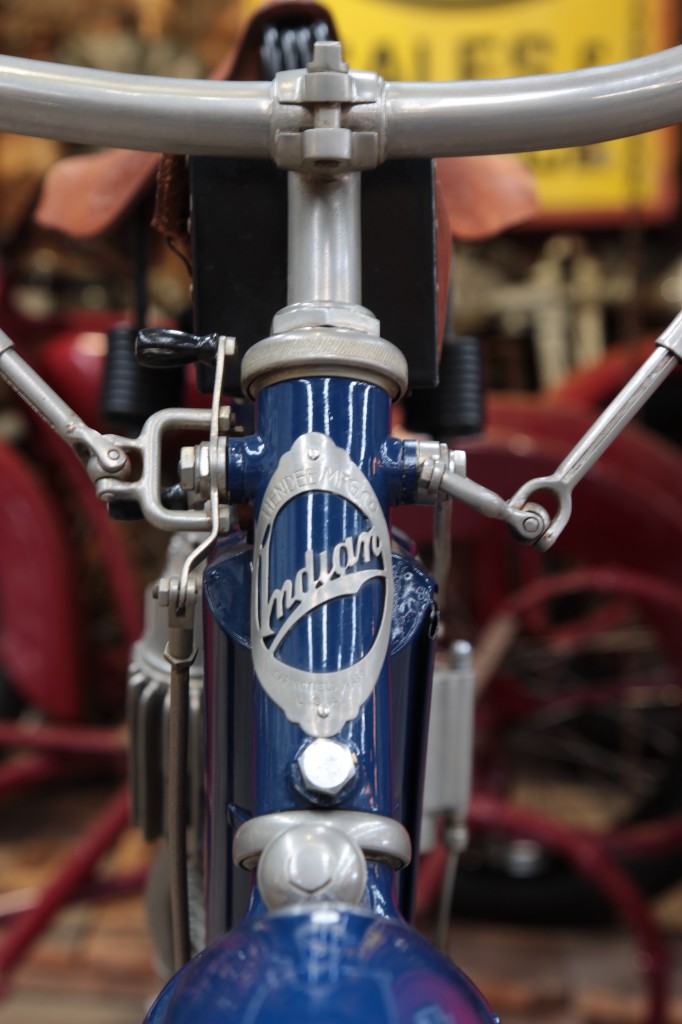 Indian achieved great market share straight away and both Hendee and Hedstrom achieved plenty of landmarks and records along the way.

“The relationship begun when Hendee saw the motor-bicycle that Hedstrom built for racing around the velodrome as a pacesetter for the bicycles,” explains Johnny Gee, owner of Antique Motorcycles.

“Pacers were used to set the speed ahead of the racers while lessening wind resistance in the process. While there were a few motorcycles around back then, most encountered a lot of problems and were commonly found broken down.

“Contrary to that, Hedstrom had made one that was very reliable and it quickly caught the attention of bicycle racer Hendee, who had an idea to start manufacturing motorcycles. He approached Hedstrom and the rest, as they say, is history. Hedstrom not only  built a motorbike that looked exactly like this one but he did it in one shot. He locked himself in a room for six months and this is what he produced (minus a cylinder and the spring fork). Remember, this was in 1901. Everything in those days was belt drive but he made this a chain drive. It was the first bike to exhibit twist turn throttles and controls – nobody had seen anything like it.”

“The story goes: he took it out in State Street in Springfield, Massachusetts and rode it up a hill that exhibited a steep gradient. Unbelievably, he was able to stop and start and travel up the hill without any slipping belts or belching smoke. Needless to say, people were blown away.”

Indian achieved great market share straight away and both Hendee and Hedstrom achieved plenty of landmarks and records along the way. Despite that being all peachy, it was time for the next innovation…

“This particular bike hit the scene in 1907 – it was the very first V-twin motorcycle in the world. It doubled in power from 3HP with the single cylinder to 7HP with two and it was the most technically advanced bike ever created. Harley-Davidson hadn’t even made a V-twin at that stage, yet a century later and V-twins are still the most popular cruiser-motorcycle engine design.” 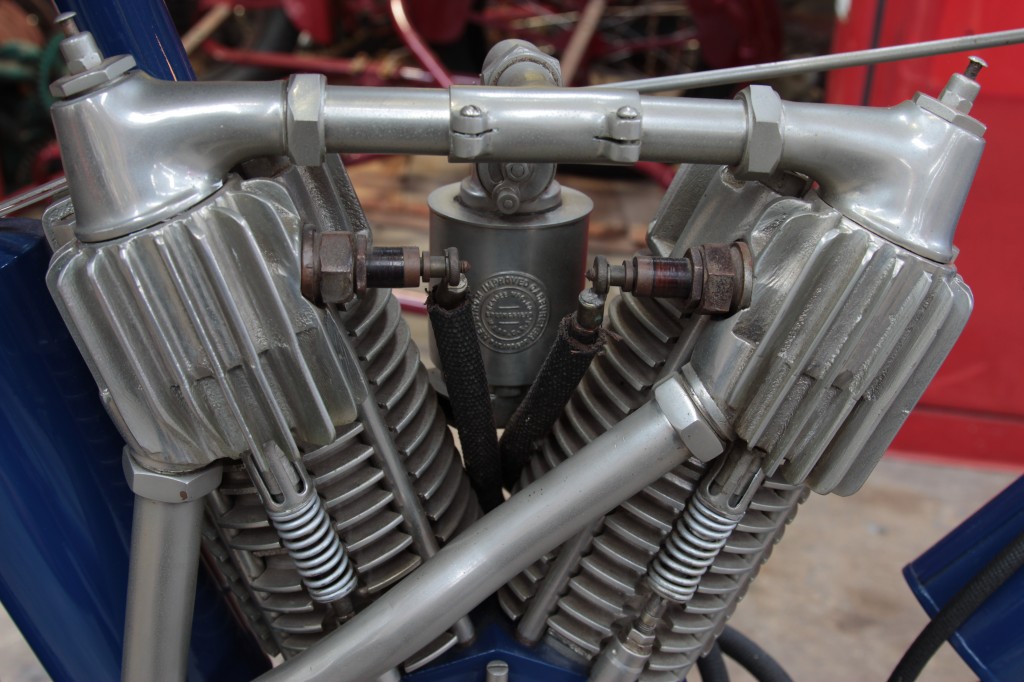 This particular bike hit the scene in 1907 – it was the very first V-twin motorcycle in the world.

So how did Johnny Gee manage to get his hands on one of the oldest, most immaculate vintage bikes on the planet?

“This particular bike is probably the best example in the world because it belonged to the one family and I still feel as though it belongs to the one family. The original owner was a clergyman who bought it in ’07 to conduct the church’s business on. He would travel from around Pennsylvania and Pittsburgh, stopping at all the different provinces and churches along the way. He did this for three years before retiring in 1910. The bike was still immaculate and rather than selling it, he put it inside the house on the mantelpiece. He loved this thing and in those days, the bike would have been worth the same amount as his house,” Johnny explains.

“It sat there until he passed away when his son inherited it. He was also a clergyman but instead of riding it, he left it on the mantelpiece until he passed away. On his death bed he told his friend Larry that his only regret in life was not restoring his father’s bike. Now, saying it needed restoring probably wasn’t correct. I’ve still got all of the original wheels, leather and tools and they’re all in amazing condition. This bike should have never been restored to be honest. All of its original parts had never been broken or left outside and it still has 75% of its original paint on it. It would have been worth more unrestored than it is restored.”

Nevertheless, Larry had promised his friend that he would fulfill his only regret in life.

“Larry bumped into my friend Dean and got chatting about the bike as Dean restored Indians. He told him to bring it around expecting it to be a ’46 Chief which were the run of the mill bikes he was restoring at the time. He couldn’t believe his eyes when Larry turned up with this thing. Dean said ‘you can’t restore that bike – you’re mad.’ Larry didn’t care though – he promised his best friend that he would see his dream through. So after much negotiation, Dean finally agreed to restore the bike. 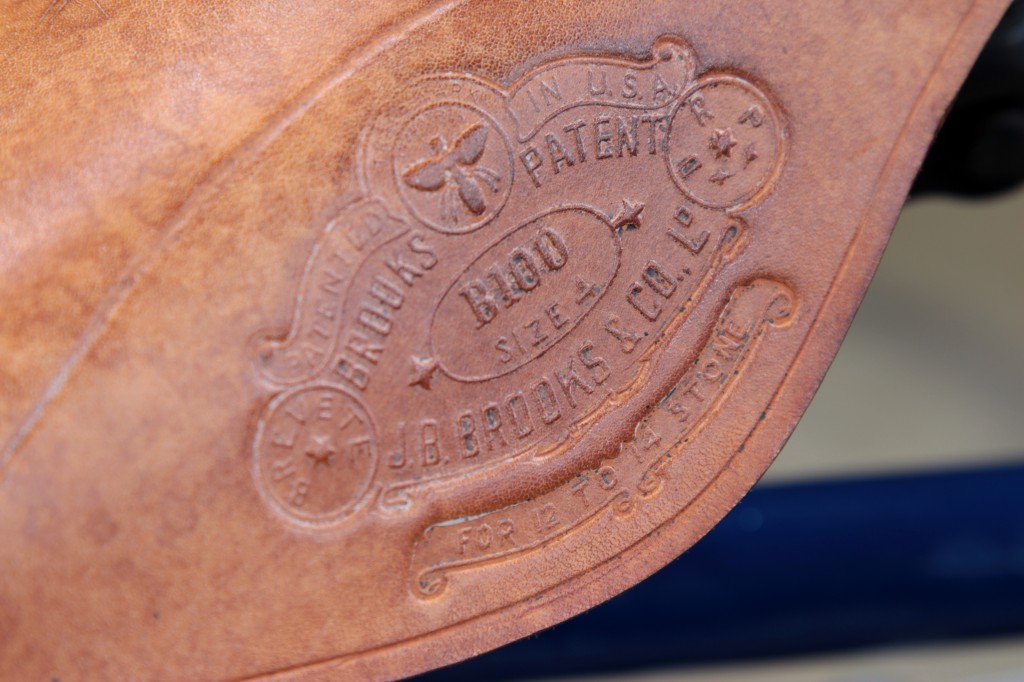 Check out the intricacies.

“It took three years of time consuming work. He would pull one part off, lay it on a white sheet, photograph it and photograph the section from which it came. He re-nickled it, put new bearings in and fixed up some paint work but every spoke and nut is still original. There was nothing bought for this bike – even the spark plugs are the same ones that came out of it.

“After completion, Dean put it in on the stand and gave the pedal a push while he had the carburetor primed – it fired but he was too scared to go any further.

The thing is, Larry didn’t care about it running, he just wanted it restored… but with that came a problem.

“Larry was worried about owning it because it was so precious. He fulfilled his friend’s dream and held on to it for a number of years but eventually decided he wanted to sell it.

“People were throwing big numbers around that would have set Larry up for the rest of his life but he wanted it to go to someone he knew. He told Dean about his predicament and mentioned that he would love for him to buy it for a much better price than he was being offered. Dean couldn’t afford it alone so three of us chipped in and bought it together.

“It stayed with them in the States for 10 years and went around in their kitchens, living rooms and offices,” Johnny laughs. “I visited every year so I got to see the bike but I told the guys that it was time for it to take a visit with me to Australia. We got it back here and the other guys started to feel detached. It no longer felt like theirs so and they asked me to buy their share out and I did,” he says while smiling. 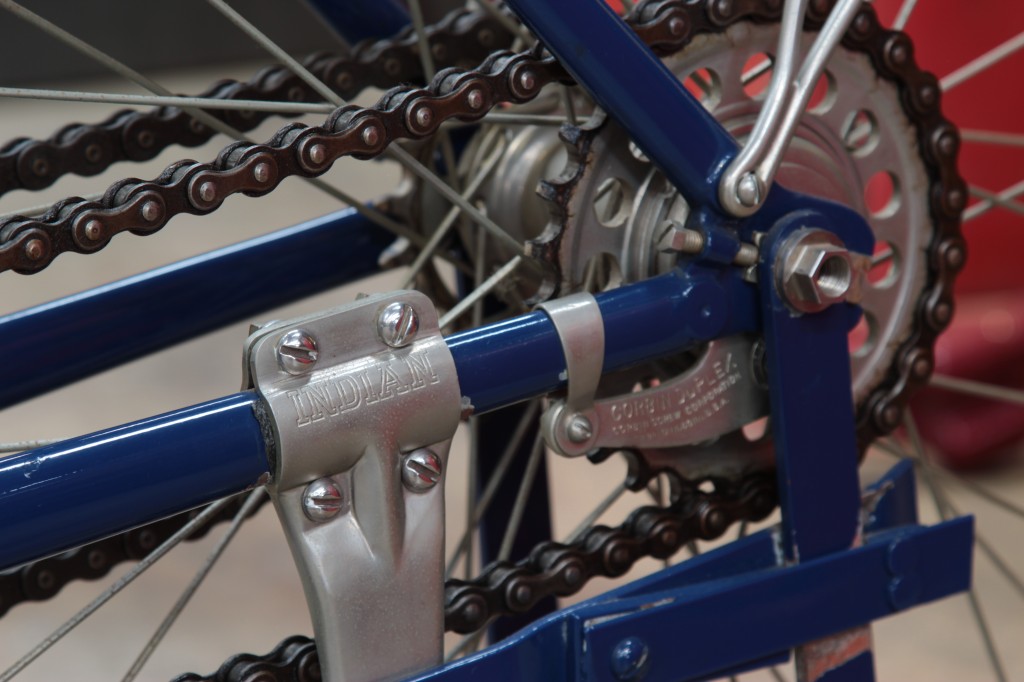 Everything in those days was belt drive but Hedstrom made this a chain drive… it was unlike anything ever seen before.

As far as Johnny knows, this is the only surviving example that’s not been made up from a pile of bikes.

“This is the way it left the factory; the only things that have been changed are the rubbers and leathers… that makes this bike extremely unique and rare.

“We want to document it being started on TV… imagine how amazing that would be.”