Since driving it in the 1985 Trimoco RAC British Saloon Car Championship, the car has undergone some major restorations to its suspension, braking system, clutch and fuel system.

The car is now fitted with a close-ratio 5-speed gearbox in the original casing and a 204bhp engine which has been dyno tested by acclaimed engine builder Ric Wood.

The 1985 Team Toyota GB/Hughes of Beaconsfield team manager Gordon Mayers has validated the car as it was invited to the Goodwood Festival of Speed in 2016 as a tribute to Barry.

“It’s an important part of motorsport history, and I expect there will be a great deal of interest on auction day.”

Barry was a familiar face on TV, appearing in a lot of press during the 70s and 80s, even after he retired from motorcycle racing in 1984 but not before winning the 500cc World Championship in 1976 and 1977. He was later dubbed ‘The Meccano Man’ after his entire body was ‘put back together’ with a series of nuts and bolts following an extensive number of crashes. 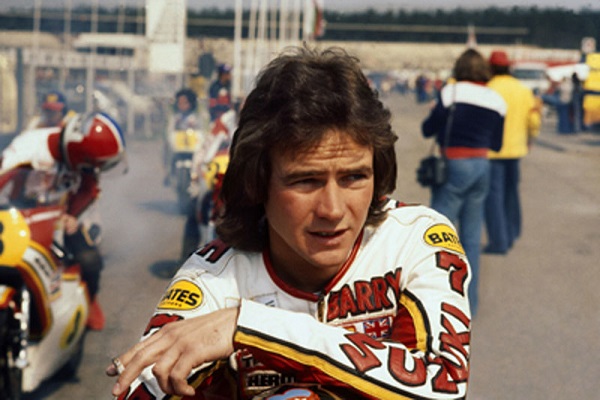 There’s no doubt that his celebrity status helped the televised coverage of each of his races, but it was Barry’s skills behind the wheel that gave him the works drive. To complement his ability, he was only 0.4 seconds off the lap time at Goodwood set by previous outgoing works Toyota Driver Win Percy.

Barry finished fifth place in the opening round of Silverstone and then third at Thruxton but was later involved in a six-car smash in a later round at Thruxton which left him with a broken ankle and unusable car. That car was later re-shelled and featured on the track with Barry behind the wheel once again just two weeks later where he finished third at Silverstone.

Barry retired from racing a short time after his touring car adventure and relocated to Australia to work as a TV commentator and property developer. Shortly after, in 2003, Barry passed away after an extended battle with cancer.

To find out more information about the ex-Barry Sheene Toyota Supra Group A Touring Car or any auction details, please visit: https://www.silverstoneauctions.com/toyota-supra-group-a