Trending
You are at:Home»In The Drink»Beer»Beers Outside the Square

Since the beginning of time man has strived to innovate. Developing new ideas, and then going on to create new things in the hope that these will benefit him in some way. Many would say this is one facet of man’s desire to continually improve himself, often thinking outside the square to get there, and going where no man has gone before in the process.

Whichever way you look at it though, this apparent ‘end process’ is actually the beginning of something that is ongoing. Through a sense of adventure, he continues to push the envelope – taking what is, and further modifying it with the aim of making it even better – or as the infomercials regularly claim, new and improved. 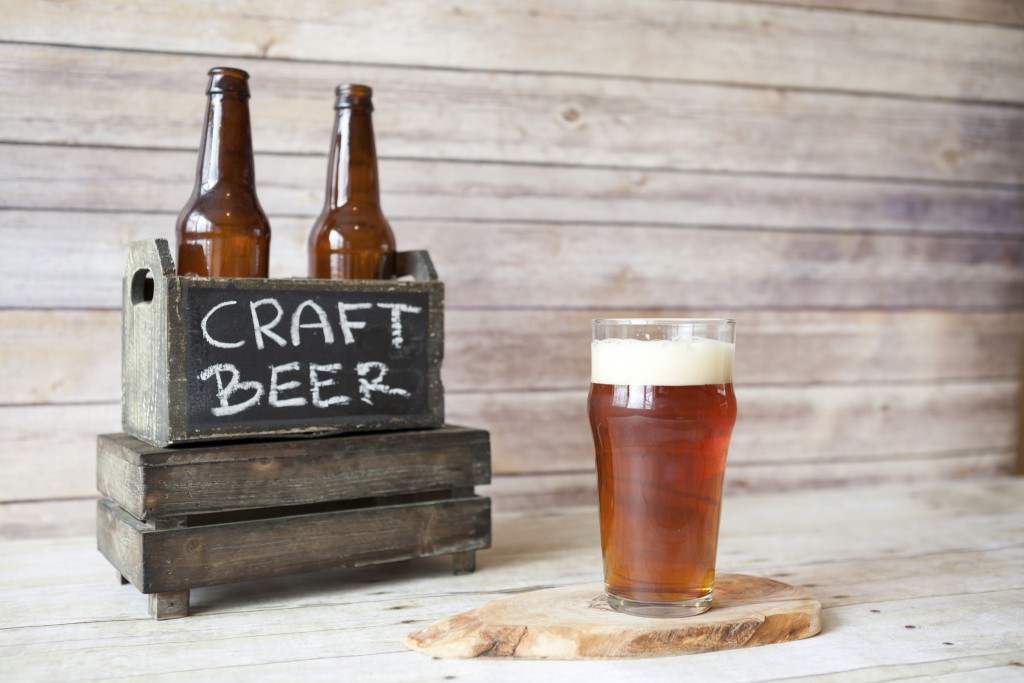 Whether comparing the first stone aged wheel to modern magnesium alloy mags, the Wright Brothers flying kite contraption with the monolithic Airbus A380 aircraft, or even crude cave man implements to those of modern laser guided power tools, it is clear that the human spirit to continually improve and make things better is perhaps ingrained in our very DNA.

But what about discoveries that have been around for so long that we take them for granted, things that are ages old, and sometimes of ancient origin? Such revelations have stood the test of time, with some believing they now exist in a ‘state of perfection’ and are beyond improvement…

Take beer for example – a humble combination of water, malt, hops, and yeast. A beverage familiar to all, but one that has sustained and inspired mankind for thousands of years. Surely there comes a time when, after some scratching of the head, an odd squint or two and some tape measure manoeuvres, the lead pencil is placed back over the ear, and the next job is commenced after deeming there are no further improvements to make.

For those who perhaps have not contemplated that beer has been around longer than Coca‐Cola, it is indeed true that this is an old drink. It may have only been dispensed from cold stainless steel taps in modern times, but pictures depicting this nectar of the gods can be found in the hieroglyphics of ancient Egypt.
It has been theorised that the first beer was created quite by accident when a cave man left a bowl of grain out in the rain. This wet slurry then fermented with the assistance of wild air borne yeast, and finally became beer, but not as we know it. 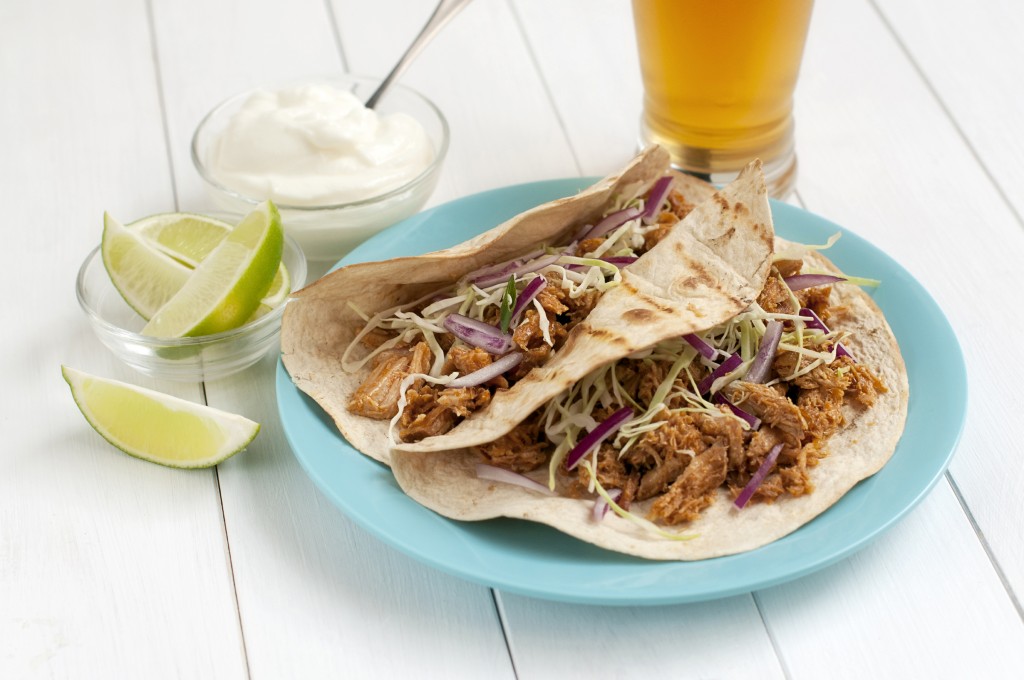 Despite being the first ever beer created, the most unique thing about this serendipitous event was that someone was willing to drink it. Truly a caveman whose palate was outside the square, as the most fitting description for this brew would have been swill, with an aroma resembling Barney Rubble’s loincloth.

Skipping forward a few hundred thousand years to present day, good quality beer is plentiful, but an increasing number of beer drinkers are now willing to venture out and try non‐mainstream craft beer. This has resulted in a surge of new breweries popping up around the world, with each in turn looking at ways to make their beers stand out from the crowd.

As it turns out, the same spirit of exploration and adventure that has driven man since the dawn of time is very much alive and well in modern day brewers… equally so when the brewers themselves are not men at all… but birds.

Friends Jayne Lewis and Danielle Allen were inspired by a trip to the US to start Two Birds Brewing in Melbourne, Victoria. While not a gourmet food and drink pairing, it would be true to state that over the years many a taco has been consumed with a beer or two for some added lubrication. For the duo’s beer entry into the Great Australian Beer Spectacular of 2013 however, they took this food pairing one step further, and put the taco into the brew.

Not only was this limited edition beer well received, but due to public demand, it has since become a permanent release in the Two Birds portfolio of four mainstay brews. The beer, aptly named ‘Taco’, is brewed using a combination of ale and wheat malts, with fruity and citrus characters complementing the additions of lime peel and coriander leaf. The beer has also been described as ‘consuming a liquid meal complete with corn chips’, and by most accounts, leaves some of the bland Mexican imports tasting… well bland.

The words Brew Dog instantly sound like an interesting name for a brewery. Hearing founders James Watt and Martin Dickie pronounce this name in their heavy Scottish accents, quickly gives the indication that perhaps the brewery is somewhat out of the ordinary. Located in Aberdeenshire, Scotland, pushing the boundaries of brewing is somewhat of an understatement for Brew Dog, with them releasing a beer called ‘End Of History’ that not only set the world record for being the beer with the highest alcoholic content in the world (with an ABV of 55%), but also came in a bottle encased in a stuffed squirrel. It was said to be a cure for binge drinkers, and also had a price tag approaching $1000 each.

The Brew Dog crew are also responsible for an imperial stout with a 32% ABV appropriately named ‘Tactical Nuclear Penguin’, and another called ‘Sink the Bismarck’, a quadruple IPA with a 41% ABV, not to mention a vapour beer that you inhale rather than drink.

Across the North Atlantic to Oregon, USA, the Rogue Brewery has been employing creativity in their beers since their inception in 1988, with varieties in their range including Hazelnut Brown Nectar, Chipotle Ale, and the ominously named Yellow Snow IPA.

Perhaps their most distinct beers are those based on doughnuts, and this is not only due to the bright icing pink bottles that contain the liquid, but also the tastes being pursued. Flavours you would never ordinarily associate with beer include the combination of chocolate, peanut butter and banana in the Rogue Voodoo Doughnut Ale of the same name, as well as another featuring pretzel, raspberry and chocolate. While collaboration between different breweries to make a beer is fairly common, having a brewery and a doughnut shop team up, until now, was previously unheard of. It comes as no surprise that the suggested food pairing for these beers is that of desserts and doughnuts.

DogFish Head brewery, also in the US, have been known to recreate ancient brews using historical evidence and even molecular science to analyse and match the original ingredients. Over the years, some brew additions they have employed include algae, crystalised ginger, coffee beans, pepper corns, and even planks of timber. 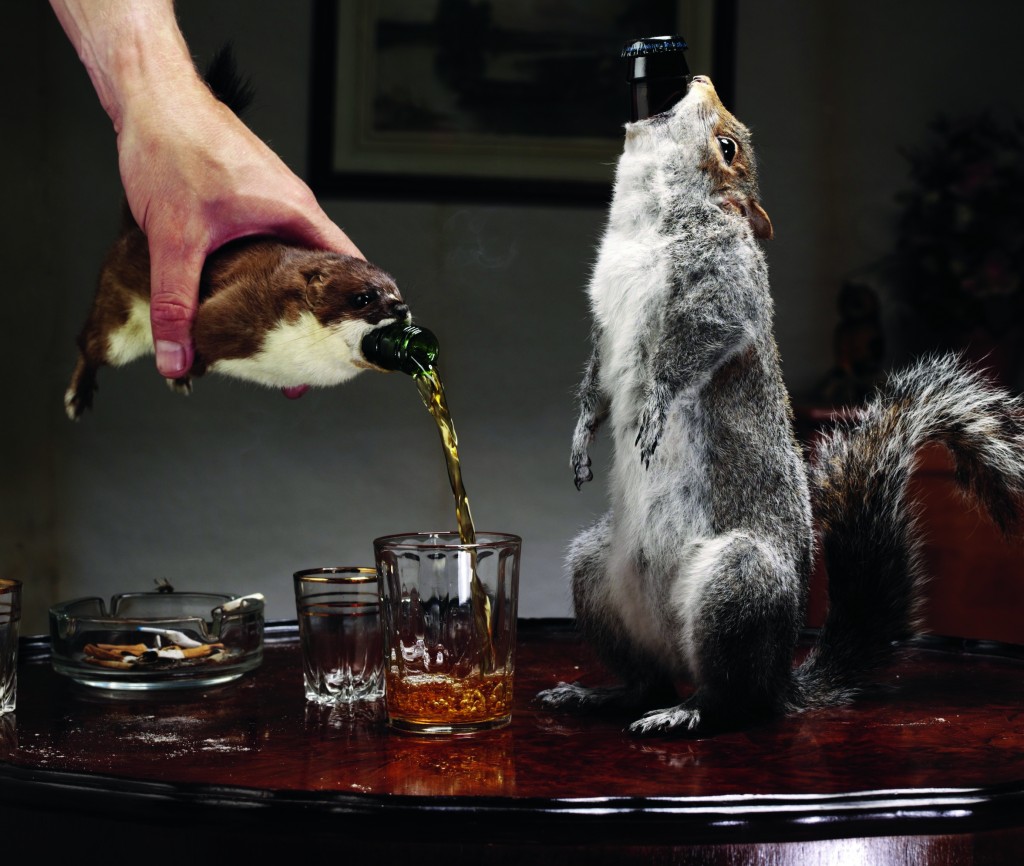 One such experiment was to recreate an ancient corn based Peruvian beer called Chicha, made in the traditional way with human saliva (also known as spit). While most would agree that using saliva in a beer is quite extreme, the purpose of using this unexpected ingredient wasn’t to make a vulgar statement.
While the ancient Incan culture that developed this technique may not have understood the science behind this, the digestive enzyme contained in saliva helps with the conversion of starch to sugars, from the main ingredient corn, when chewed.

At first, one would think that human saliva is an ingredient readily available, but for a relatively small 22kg batch of blue corn, the entire brewery were enlisted to chew… then spit. Later the boiling process neutraliaed any germs that may have been introduced, and with traditional spices added, it was described by willing punters, as a light beverage, with citrusy, lime and grassy notes, giving a milky consistency, and packing lots of flavour. So it can be concluded that the modern day beerspace does consist of brews that can be described as anything but standard, with most agreeing that ‘the square’ has been well and truly bent out of shape when it comes to beer creativity.

Surely, there are easier and more conventional ways for a brewery to raise their profile – after all, beer making is a business? In an attempt to make sense of all this, it helps to remember that as the term Craft Beer suggests, these creators of beer are not just brewers, but also artists.

The intentions of modern day artist Pro Hart could have been questioned when he crawled through a mass of wine and spaghetti to create a dragonfly on his carpet, or even those of an explorer who chooses to bungee jump off a cliff rather than take the stairs.

One thing is for certain however, we can continue to look forward to new and exciting beers that will continue to be the result of thinking well and truly outside the square.

Matt likes to enjoy the simple things in life, and while beer is far from simple, he reckons it's too good not to write about.