Trending
You are at:Home»Hobbies»Carriage of Time

Jeff Patchell touches base with a carriage restorer who goes about his business just as they did when horse and carriage were a primary form of transport in Australia.

Regular readers of ManSpace will recall a story last issue about an amazing clearing auction held at Adaminaby on the edge of the Snowy Mountains.

Neville Locker had put half a century’s worth of collecting under the hammer, in order to find new owners to continue to care for some of Australia’s early-history objects into the future.

With over a thousand bidders and onlookers that weekend, there was an eclectic mix of people from far and wide, as well as some interested locals. And given the amount of horse drawn vehicles that Neville had on offer, it wasn’t surprising to come across a carriage collector/restorer or two, looking to pick up a bargain or even a new client.

It must be said though that on auction day, there weren’t too many bargains, as these pieces of early Australian history are much desired.

One local I came across was Peter Evans from Nimmitabel. He and his family have had a long-time love of horses which also extends to carriages, buggies and sulkies (which as he told me, are called jinkers in Victoria).

After having to repair buggies for his own use, he took a broader interest in repairing and recycling this fascinating form of transport from another era. Of course after putting in so much effort to restore a carriage, Peter finds it hard to let go and his collection keeps quietly growing.

Peter’s very proficient with his hands and is proud to say that all his repair/restoration work is done in the way it would have been 150 or more years ago.

When he needs structural steel frame parts, he turns them out on a metal lathe and patiently hand finishes the timber features and panels. 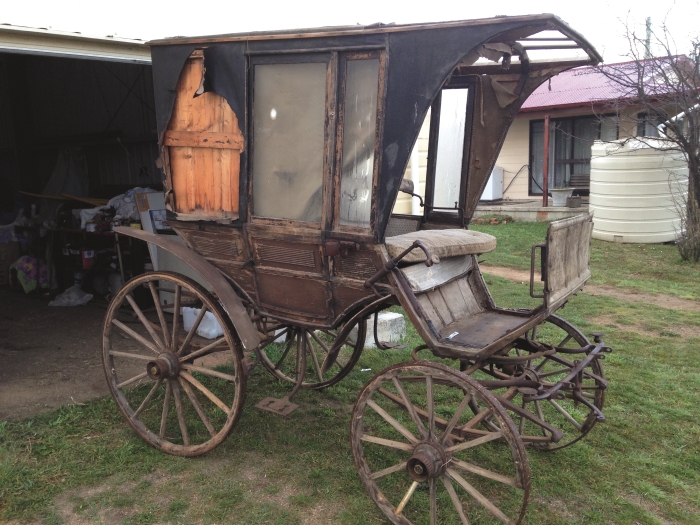 Wheels are an art of their own and when he has to, he buys wheels from a wheelwright over Junee way.
Carriage restorers around Australia are few and far between and he’s only run across a couple of other such tradesmen in Southern NSW.

Peter’s latest pride and joy which he has put many hours into is the restoration of a Rockaway Carriage. Rockaway was an American carriage builder and Peter’s upmarket model is believed to have been built somewhere around 1820-1850. It would have likely been imported for a well to do landowner to use as family transport, somewhere across the Monaro region.

Original carriage lamps are highly sought after by collectors, as was seen at Neville Lockers clearing auction. They bring around $500 each in the Australian market though they can also be sourced from Europe. 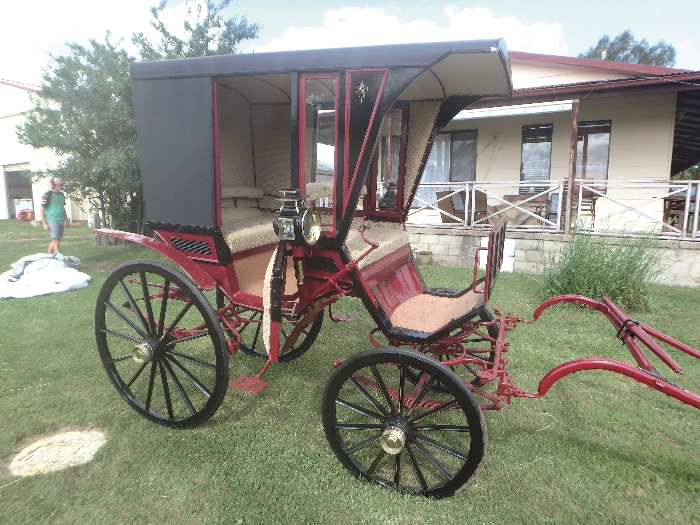 It’s not all work and no play with Peter. The carriages and buggies are used for an occasional family wedding but what Peter likes the most is packing a food basket and bottle of wine, hitching a horse and then meandering over to Lake Williams with wife Linda for a good day’s outing.

What a great way to soak up the Australian countryside with the slow clip-clop of the horse pulling you along in your own hand-restored work of art.