Trending
You are at:Home»Cool stuff»Clean up, hands-free with the DEEBOT OZMO T8 AIVI

I’ve been keen to trial a robot vacuum since getting a golden retriever almost two years ago. As cute as she is, it could never distract from the amount of fur she sheds, all-year-round. As most dog owners would know, in order to keep the floor as fur-free as possible, when your dog/s spend the majority of the time inside can see you vacuuming twice a day. And even then, you know there’s plenty more lurking under the couch, fridge and any other hidey holes.

So when we adopted a long-haired German shepherd a couple of months ago… things escalated pretty quickly in the shedding department. And the cordless vacuums we have only last around 20 mins on a full charge, so they’re used on a rotational basis to get around the whole house.

This is where the curiosity surrounding robot vacuums got the better of me and the good folks at ECOVACS sent me a DEEBOT OZMO T8 AIVI to check out for a few weeks.

Unpacking the robot vac and setting it up was more straightforward than I anticipated, which was greatly appreciated, and within 10-15 mins I had it humming along the house. 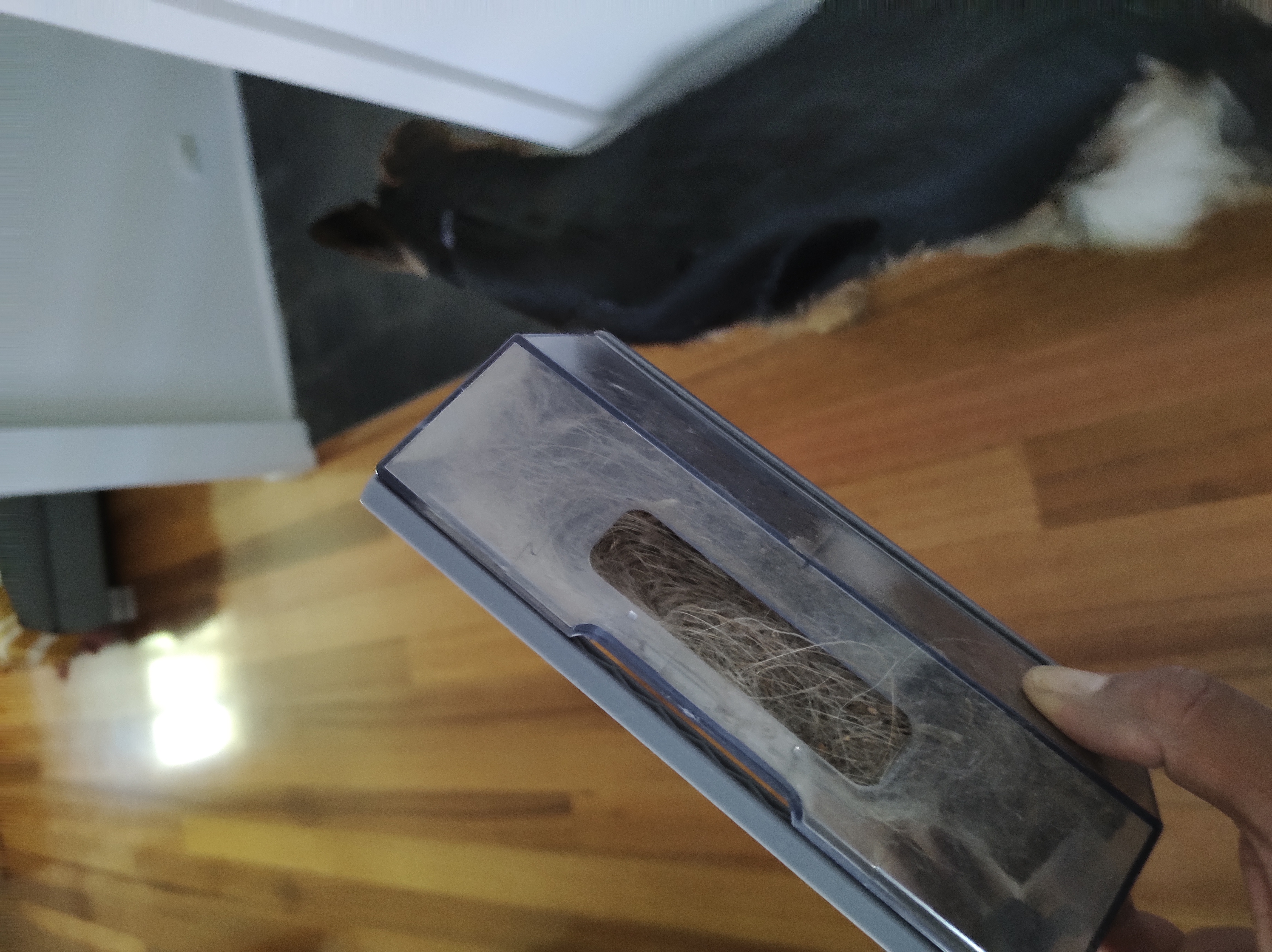 The DEEBOT OZMO T8 AIVI optimised cleaning system can mop and vacuum the house, whether you’re at home or out and about, meaning you no longer need to stress about adding both chores to your daily or weekly routine.

Its advanced AIVI technology can smartly detect and avoid objects on the floor with precision to prevent collisions, so things like table and chair legs won’t be damaged. It can also climb over little bumps where tiles meet hardwood or similar.

It even comes equipped with a camera that’s perfect for keeping an eye on your four-legged friends or the home in general, while you’re out.

It also has the new TrueMapping Technology which can map your home with four-times the accuracy so it’s bound to appeal to even the fussiest of homeowner.

The first couple of times I put the vacuum to work, I realized it hadn’t mapped the entire house, with some bedrooms being missed; however after 4-5 times, it fully mapped the place out and provided a seriously good finish, especially on carpets. I did however realise that it does have its limitations, well in my house anyway.

As the sweepers rotate while the vacuum is underway, it actually pushes single strands and light clumps of fur out of the way. That of course means it ends up in corners, or under the couch… and given the vacuum is round, any fur that ends up in corners, doesn’t get picked up. This of course isn’t an issue on carpets, as the fur sticks to that and the light breeze caused by the inertia of the sweepers at full rotation doesn’t have an effect.

Taking the sweepers off meant this issue was negated pretty quickly, but it’s something to keep in mind.

One of the best aspects, in my opinion, is the ability to watch the vacuum’s movements and whereabouts all via the app. It also sends out a notification when the dustbin is full, if it ends up in an awkward position that it can’t get out of, or if something becomes tangled in the brush. That’s probably another thing to consider if you’re thinking about getting a robot vacuum. If you leave the house and it get’s stuck, then your floors aren’t going to be clean. 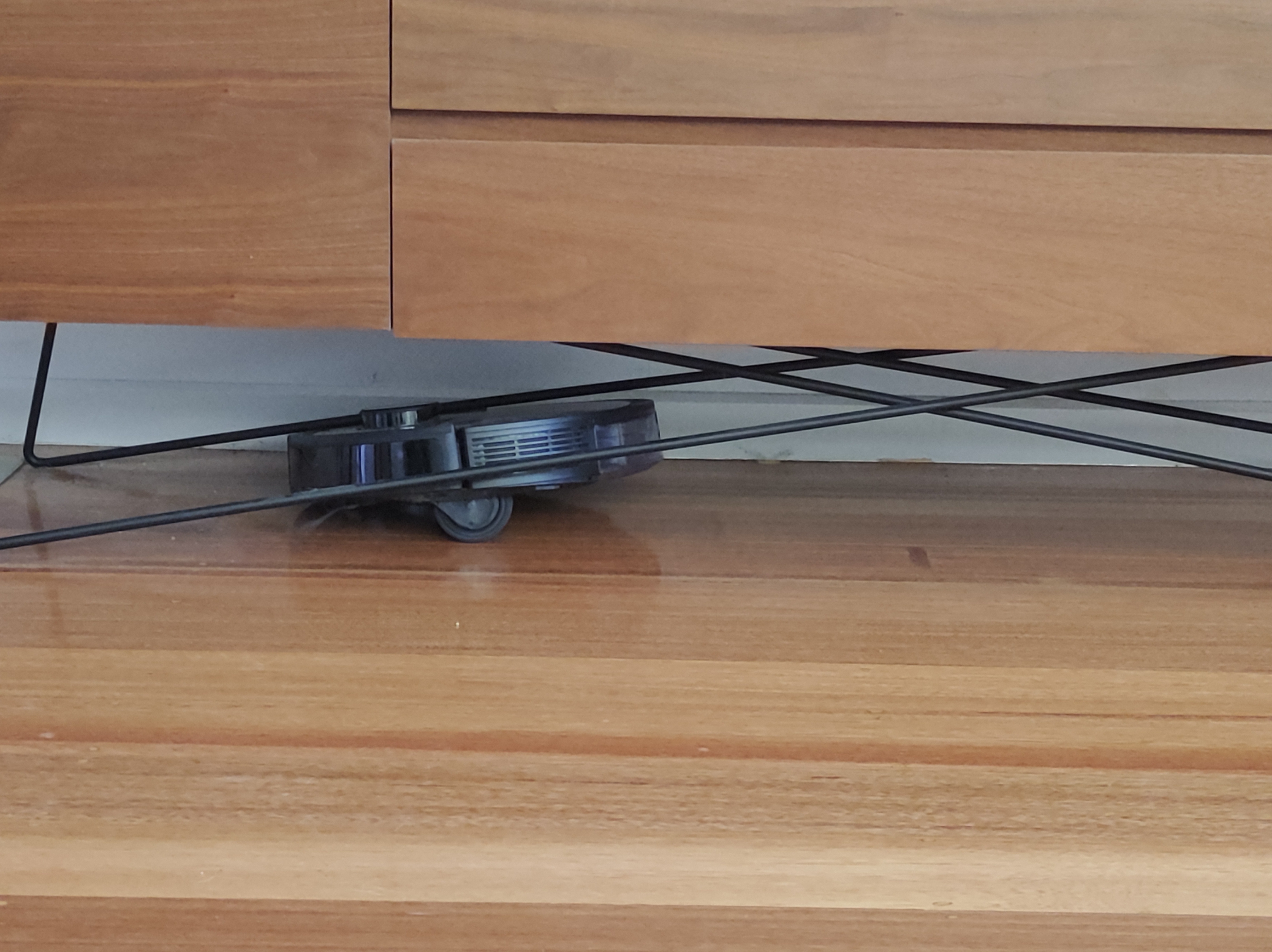 Avoiding that, you can set the robot to clean as much or as little as needed, on a schedule or on demand. Clean your entire floor or go directly to a specific area or room that needs a quick tidy up. You can also set up virtual boundaries in the house for rooms where you don’t want the vacuum to go. It’s a seriously intuitive bit of kit.

Once the cleaning process has finished though, the OZMO T8 AIVI automatically heads to the charging dock and, well, recharges itself. Speaking of which, this particular model has a larger than ever battery capacity, allowing it a three-hour run time and will charge and resume cleaning when it runs low.

To upgrade the vacuum even further, you can buy add-ons such as an auto-empty station or connect it to the likes of Alexa or Google Assistant.

All in all, I reckon robot vacuums certainly hold their own and make for a great accessory for anyone looking to free up some more time or for those who hate vacuuming and mopping, which, let’s be honest, is basically everyone.

Check out more at ecovacs.com/au