It was the best of joints, it was the worst of fasteners.

There are many, many different ways that two pieces of timber can be joined together.

A basic mitre joint requires the strength of glue to hold it together. One with dowels, biscuits, spline or domino starts getting some mechanical benefit, along with the increased glue area. A mitre lock bit pushes up the amount of glue area. A box joint even more so.

One joint that really makes use of a combination of mechanical strength and glue area, as well as being aesthetically pleasing and traditional, is the dovetail. It is a pretty old timber joinery method, with examples being found dating back 5000 years.

I feel I should put in a bit of a confession here… some people have a real passion about handcutting dovetails – and hey, more power to them (one day I’d love to have the technique down pat), but in the meantime I’ll stick with using a router and dovetail jig.

There are a number of dovetail jigs on the market, and they all have their particular advantages and disadvantages. Without going into their individual idiosyncrasies, the jig I continue to turn to is the Gifkins Dovetail jig.  It doesn’t have the flexibility of some other jigs but where it shines is in its ease of use.

It is named after the Australian inventor, Roger Gifkins, who decided to come up with a very user-friendly dovetail jig after handcutting all the dovetail boxes used in the medal ceremonies of the Auckland Commonwealth Games.  Since then, his boxes (using the Gifkins jig) have been presented to Her Majesty Queen Elizabeth II, and US President George Bush senior.

In the previous issue of ManSpace I introduced you to my hall table, and the sad fact that I hadn’t ever gotten around to actually finishing the project before putting it to use.

So… it is well over time to finish the drawer and therefore finish the table.

The dovetail joint is particularly suitable for drawers. Orientated correctly, it provides the front and back with a mechanical strength so that it is not dependent solely on the glue to survive against the force of the drawer being pulled open repeatedly.

So whether you are new to woodworking, or have been making shavings for years, consider incorporating dovetails into your joinery repertoire.  Whether you use the Gifkins Dovetail jig, or one of the others that are available, or decide to try your hand at the dark side of woodworking (using hand tools and traditional techniques), the dovetail is an impressive feature. 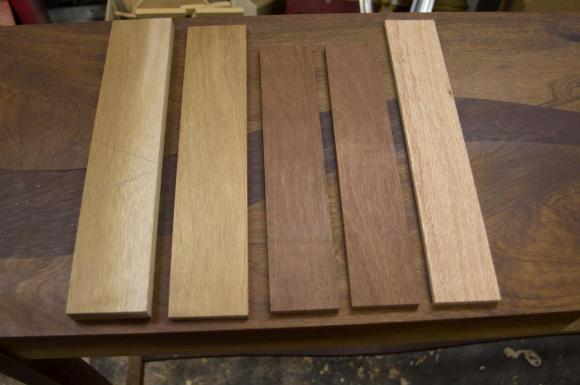 After re-sawing the drawer front (which was originally removed from the front skirt of the table during its construction), the four drawer sides are evenly sized and thicknessed.  A drum sander proved particularly useful for this step, dealing with the short lengths. 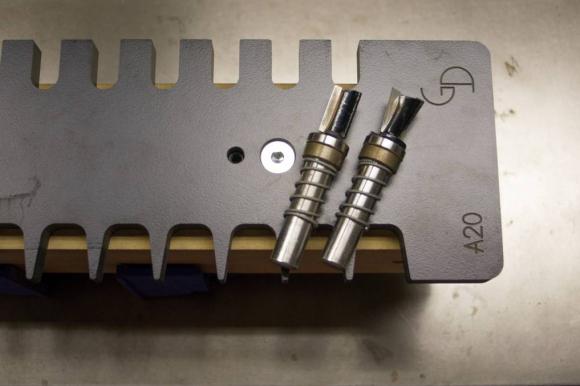 The Gifkins uses two router bits – a straight bit and a dovetail bit.  The top of the Gifkins jig has a reminder for which router bit to use on which side of the jig. Turning the jig over reveals the phenolic template which engages with the bearing on each router to cut the dovetail pins and tails. There are different templates available for different dovetail sizes. 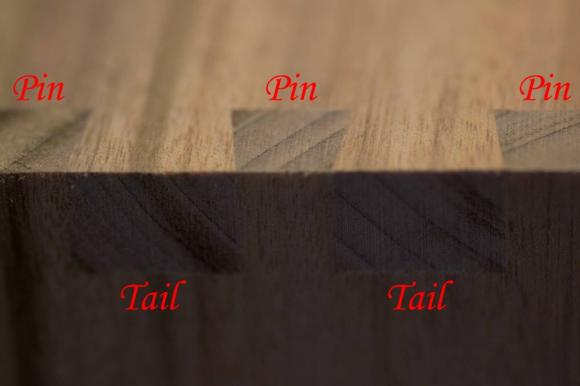 With the router bit set into the table-mounted router, the height is set to the thickness of the template, plus the timber thickness. 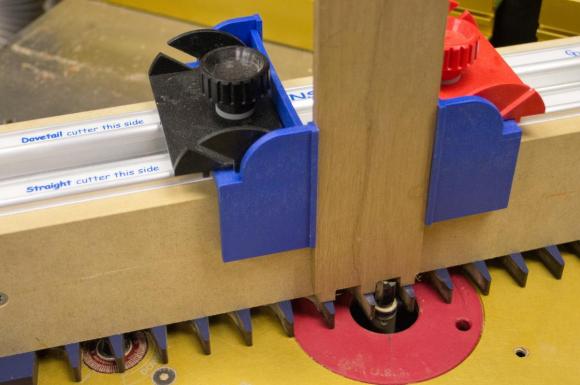 The first side is restrained between the two stops, then clamped to the body of the jig (clamp not shown), and the pins then cut. 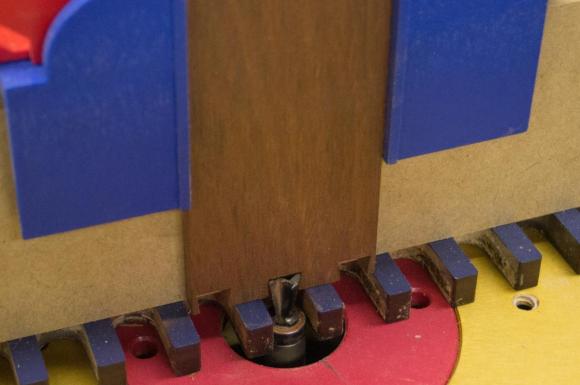 The router bits are then swapped over, and the tails cut on the adjacent sides.  The stops on the jig are not moved, thus ensuring the pins and tails match up evenly. 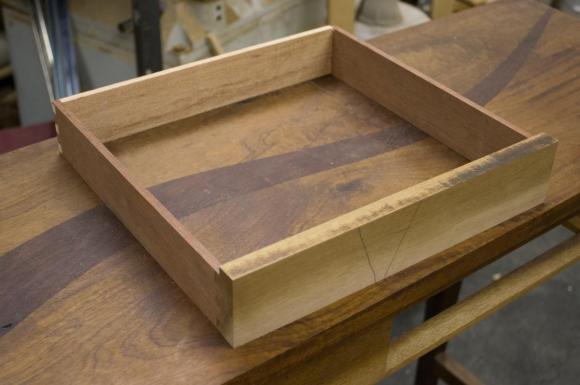 Dovetailing a drawer (or box) is that easy.  From here, a base will be made for the drawer, the drawer front attached and the whole piece finished to match the existing table. 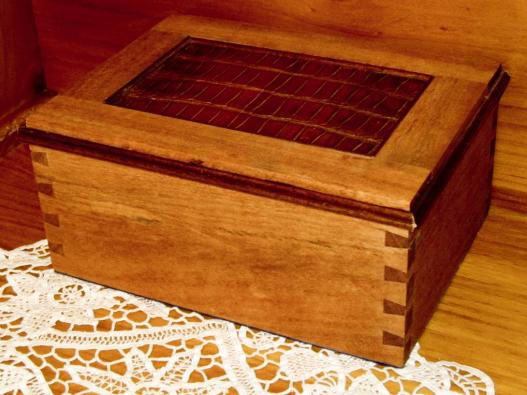 I have also used the Gifkins for various jewellery boxes, and the dovetail joint adds to the aesthetics of the boxes, as well as their strength.  A dovetailed joint does not need any additional mechanical fasteners because of that combination of mechanical strength and glue area. 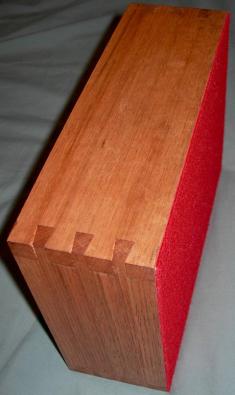 This box was made with recycled timber (having particular sentimental value for the box recipient), as was the crocodile leather insert in the lid (as seen in the top image). 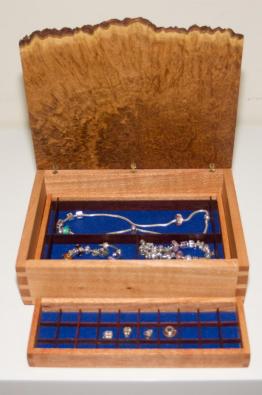 This latest box was made as a Pandora storage box, using Silky Oak sides, and a natural edged Brown Malee burl lid, and Jarrah dividers in dovetailed trays inside for the jewellery.