Trending
You are at:Home»Hobbies»Done to Death

Mario Carnesi is a self-taught taxidermist who discovered his passion early on in life. Jacob Harris had a chat with him about this unlikely occupation.

Taxidermy has always held a peculiar place in our society. It is macabre to some and beautiful to others, while for many of us it occupies an awkward place somewhere in between. But no matter where you stand on this spectrum, there can be no argument that taxidermy is a scientific art that requires knowledge, patience and no small degree of skill.

Mario Carnesi has built his business, Melbourne Taxidermy Services, from the ground up. The drab grey façade of his office and workshop – tucked away in an unassuming suburban street – gives little clue to the veritable menagerie that lurks within. 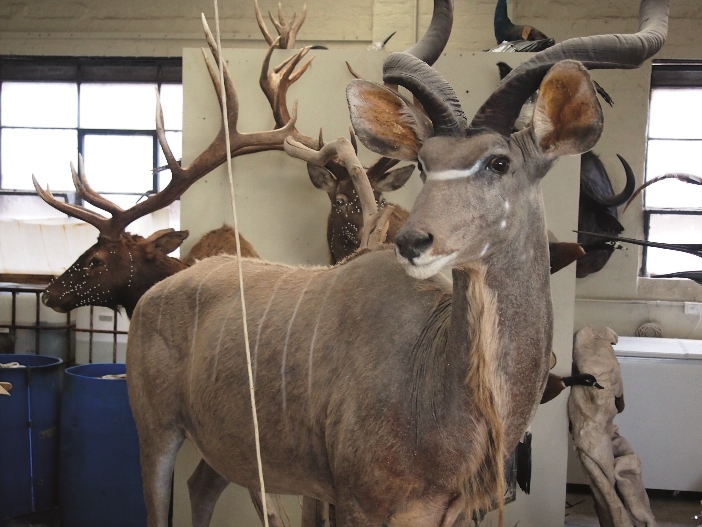 As I walk into his workshop, I am immediately struck by the sheer volume of creatures that line the walls and floor of the massive shed. Exotic cats peer glass-eyed out of cabinets while the heads of deer, bison, wild boar and even a giraffe occupy the walls. Then there are the birds, fish and monkeys – all mounted, hung and staring down on a lion as it spectacularly grapples with a full sized zebra in the centre of the space.

I’ve entered through the open door and the owner of the establishment is standing at a work bench with his back to me, removing the skin from a lifeless duck.

I call out ‘hello.’ He turns, places the now skinless duck carcass on his workbench and wipes his hands with a towel before reaching out to shake mine. He’s a soft spoken, personable bloke who is happy to have a chat about his chosen profession.

I’m curious to find out how Mario got into this business. After all, when kids are asked, ‘what do you want to be when you grow up?’ You don’t hear many answer ‘taxidermist’. But if someone had asked a young Mario, there’s a good chance that’s exactly what his response would have been.

“As a kid it was always something that fascinated me. I’d find something dead and think ‘what a waste for it to just go to nothing.’ I remember going fishing and when I’d catch a fish I’d think ‘I know I can eat it but I wonder if I can do anything else with it.’ I worked out that I could skin it, mount it and still eat the flesh – nothing was wasted. Just because it’s dead doesn’t mean it’s got to go to waste. I suppose you could call it recycling,” Mario says. 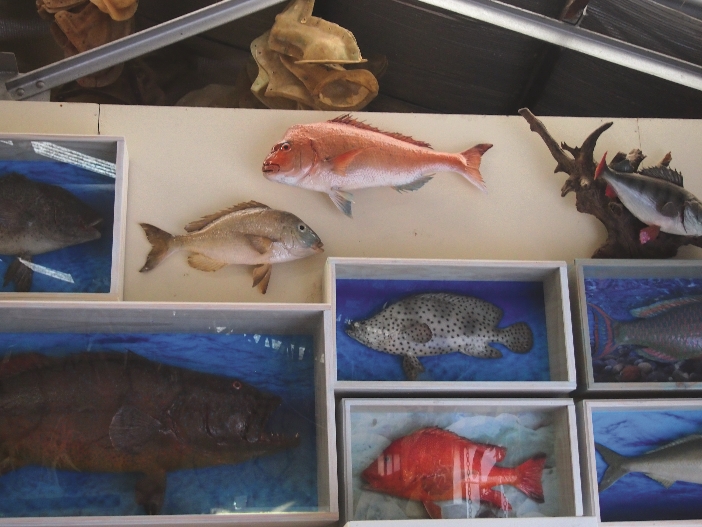 Mario started teaching himself the art of taxidermy through books and experimentation and to this day remains completely self-taught. In Australia, detailed courses on the process are pretty much non-existent, so unless you’re prepared to teach yourself, or find a mentor, you’re just not going to learn. So Mario would go out and find an animal, bring it home and work out how to preserve and mount it.

Over time Mario honed his skill set and eventually started doing the odd job for friends here and there. One job would lead to another and before he knew it, it was a full time occupation.

As we’re standing in his workshop chatting, he makes an offhand remark about a large lump that’s sitting on the floor under a blue tarp. It turns out that the ‘lump’ is actually a 4.5m crocodile, frozen solid, that has just arrived from Darwin. 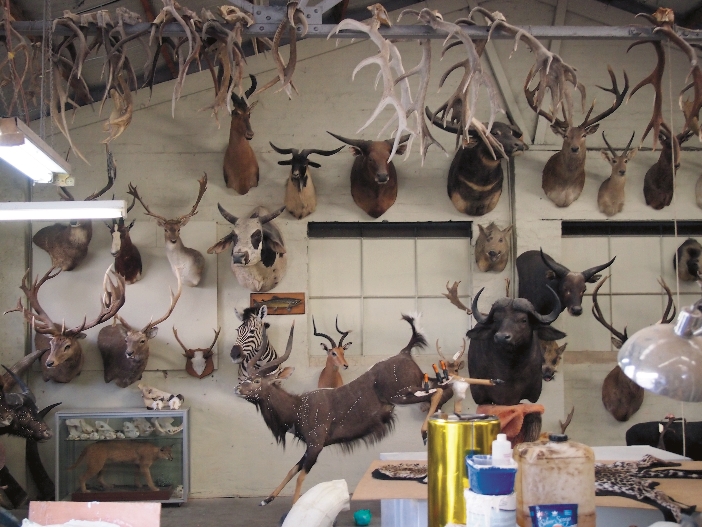 Compared to other animal orders, Mario has worked on relatively few crocodiles. This means the process will take a little longer than usual. But, as he explains to me, even the simplest jobs take time.

“A given job could be only three or four days’ actual work but it might take six months to finish because it has to be done in different stages – everything can’t be done in one hit.

“You’ve got to tan the skin: there’s a fair bit involved in that and it takes quite a while.

“Then you put the skin on a ‘form’ which is basically like a mannequin. Every animal’s got one inside of it. Usually what I’ll do is make one form and then make a mould of it, so once I’ve got the original mould I can make as many others as I want.

If the animal has antlers or horns you need to screw them on, then pin the skin to hold it in shape.

“You also need to account for the drying times. Once you mount a piece and put it on the wall to dry, it might be a couple of months before it can be completed,” Mario says.

Mounted, or taxidermic, animals have long been prised by hunters, biologists, educators and publicans all over the world and were originally used by the likes of James Cook and Charles Darwin as a method for scientific research. This disparate array of enthusiasts is reflected in Mario’s clientele.

“I get a lot of work from guys who go hunting and fishing, but I also do a lot of work for schools and colleges that have things on display for teaching kids. Healesville Sanctuary and Melbourne Zoo often have work they need done too. They keep mounted specimens in rooms to use as study instruments: so kids can get close up and see what things look and feel like,” Mario says.

“I prepare skulls as well so people can study them – it’s pretty varied. Even some of the national parks have had animals done for their displays. And then I do a lot of things that are used as props for movie shoots and photographic shoots. I actually just hired out some animals to a Melbourne theatre; they’re using them for a backdrop on their stage.” 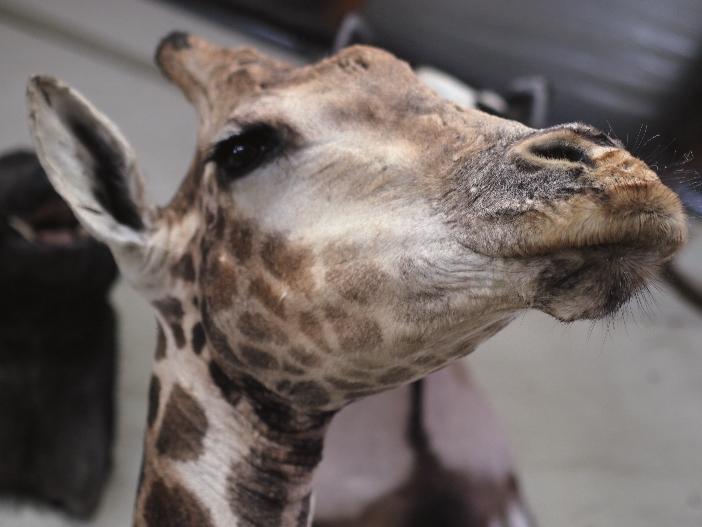 One thing Mario doesn’t do is pets. He says that people just get too emotional and that no matter how good a taxidermist you are it’s near impossible to capture the likeness, or personality, of an individual animal: because, as he puts it, “the life’s out of it.”

Contrary to what many may think, Mario maintains that you’ve got to be an animal lover to be successful in this profession.

In recent times, taxidermy has enjoyed a sharp rise in popularity and, while always controversial, is seen more and more in everyday life. But Mario’s been in this line of work for quite a while now – about 30 years he reckons – so he’s had  plenty of time to see trends come and go.

“You used to see the odd thing here and there but now they’re all over the place. In a lot of TV shows there will be something mounted and stuffed in the background, it’s just one of those unusual things you see nowadays.  But even though it’s gotten more fashionable, I think most people still don’t know the process behind it. It’s something most people aren’t familiar with and that makes them curious. I suppose that’s what it’s all about.”