Trending
You are at:Home»Cool stuff»Accessories»Gear up for Klipsch’s collaboration with McLaren

Racing fans and audiophiles unite as Klipsch, the official headphone and portable audio player of the McLaren Formula 1 team has announced a new lineup of true wireless earphones. 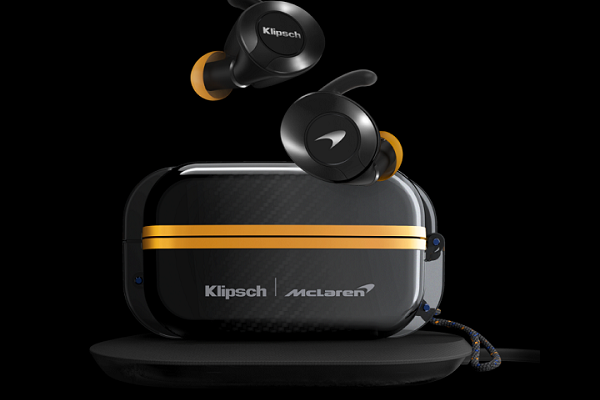 It comes with an IP67 rating to keep it protected from dust and water-tight while a moisture removal system in the case keeps it dry. The earphones also come with an eight hour battery life with an additional 24 hours in the case which is charged through a USB-C or wireless charging pad if that’s the preference.

If the orange with carbon accent isn’t your flavour, the Klipsch T5 II True Wireless also comes in a sleek black or white design.

As the second generation of T5 earphones, they are 25% smaller to mimic the shape of the ear, giving users maximum comfort and minimum fatigue. Built with beamforming microphones and innovative antenna design on the outside of the earphones, users will have ultimate voice clarity with minimal interference when taking calls due to the 360° range for optimised connectivity.

It also comes with Klipsch’s signature True Comfort for a more comfortable and secure fit through six pairs of ear tips and one pair of memory foam tips to help reduce fatigue. This also means that whether walking, running, jumping or skipping, the earphones won’t fall out.