For 40 years, the Boquett 556-5 missile silo stood open to the elements – until Sydneysider Alexander Michael came along and took on the massive task of restoring it. Kate Jordan has the story.

In 1960, the Cold War was heating up and nuclear attack seemed like a very real possibility. In preparation for an attack from the Soviet Union, the US government built nuclear silos containing Inter-Continental Ballistic Missiles (ICBM). Around 72 of these early silos were built, mostly in the Midwest, except for one cluster around the Plattsburgh Airport Base in upstate New York. Each silo consisted of a deep cylindrical hole (which contained the upright missile) and a Launch Control Centre (where the men lived and worked).

These early silos had a short but interesting life. Several, including those around Plattsburgh, were brought online during the Cuban Missile Crisis in 1962 when the Strategic Air Command went to DEFCON 2. After three years, however, they were decommissioned and handed back to the local authorities, who let the salvagers have their day and then left the silos to the elements. 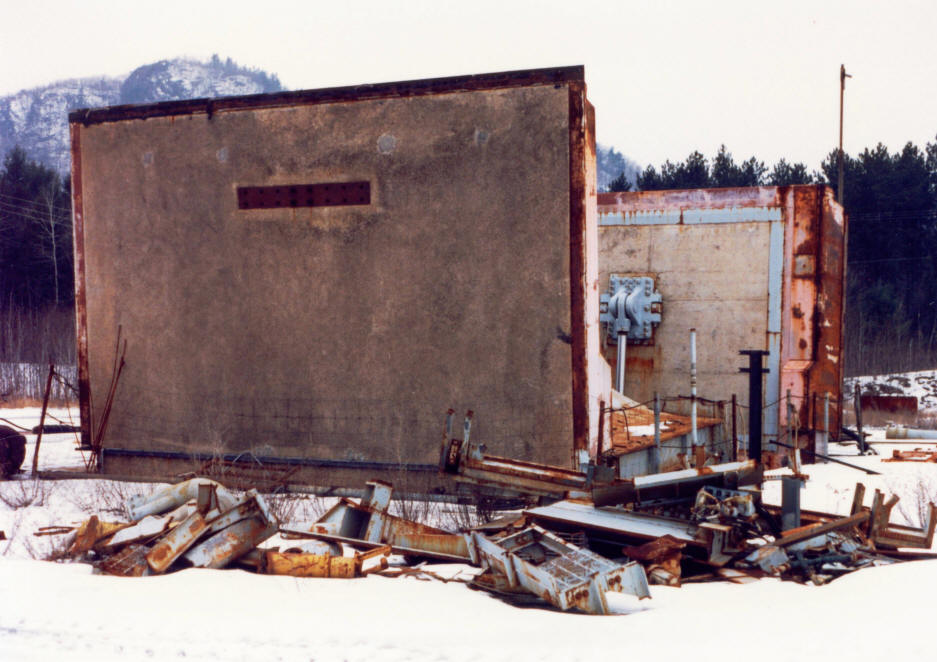 One of the silos left to fend for itself was Boquett 556-5 in upstate New York. Located in a clearing surrounded by heavily forested hills, the silo doors were left open, like arms reaching for the sky. Water and debris collected inside and during winter, ice played havoc with pipes and valves. For the next 40 years, Boquett 556-5 sat neglected.

In 1996, its rescuer appeared. Alexander Michael, a designer from Sydney, arrived in a massive F350 with a local guide. Inspired by a man living in a silo beneath the Kansas plains, Alexander had travelled all the way from Australia to buy the silo – but he nearly changed his mind when he saw it.

“It was completely and utterly derelict, filthy beyond relief. Dark, grimy; it was a shocker. I almost didn’t buy it, because I could see how much work was going to be involved. But I did so anyway and that’s history now,” he says.

The silo is approached down a long drive that ends in a clearing with a couple of Quonset huts and a small, slightly odd concrete building. This is the Entrance Portal, a door to a staircase that connects the two floors of the LCC. On the way down, the stairs pass through a series of impressive blast doors. At the bottom, 20ft underground, is the first level of the LCC, a cylindrical room a diameter of 42ft and a height of 40ft. Below the LCC is another level where the crew would have lived.
So why buy a run-down nuclear silo?

“I like things that are designed specifically to perform a particular function,” Alexander explains passionately. “They can be anything, but most often they’re industry buildings, meant for things like making trains, shooting missiles, housing electrical transformers. They make very interesting buildings because they’re quite often very honest structures. They’re not pretending to be something that they’re not.” 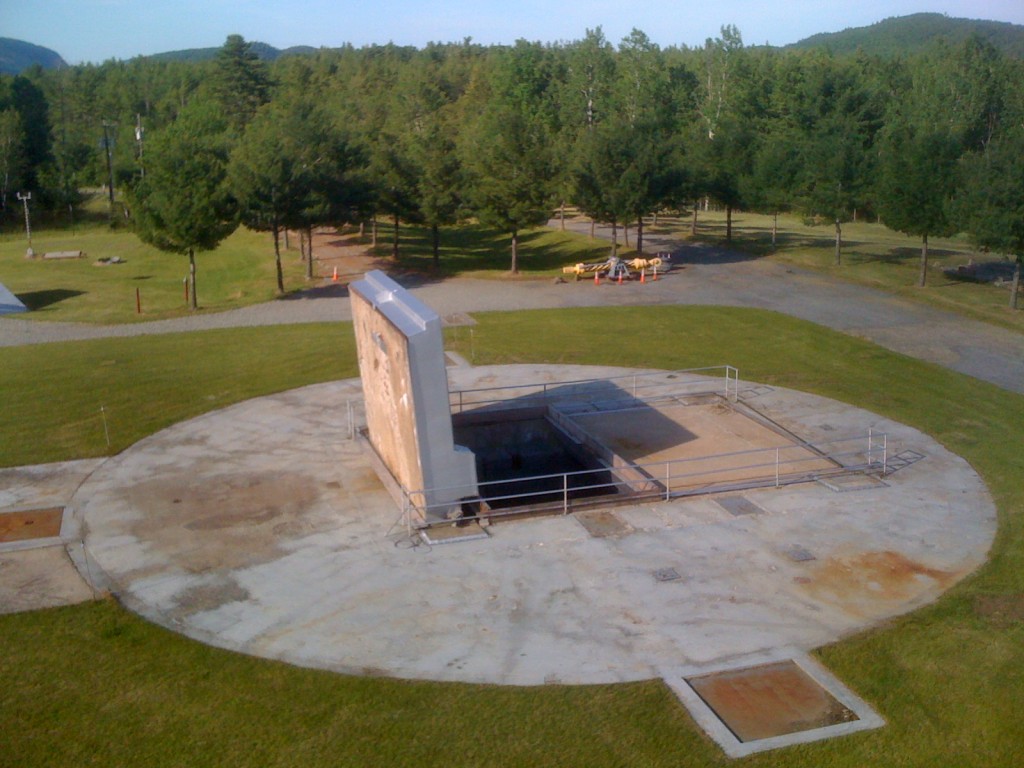 Although in pretty bad shape, Boquett 556-5 was in much better condition than other similar silos.

“It was still functional and I was able to restore a lot of services, like water, power, the septic system and all that sort of stuff,” he says. “To make it a habitable space, I spent the first two years bringing those systems back online, including the ventilation system. It still looked disgusting, but at least it had been cleaned out a lot.”
With habitability restored, Alexander was able to spend his first night in the Launch Control Centre (LCC) –    which was, quite literally, freezing. Sleeping bags strung across interior doors provided some protection, but with the silo doors still open, the wind howled through. Alexander admits to still having doubts at that point, but carried on regardless.

Gradually, the debris was cleared away, services were restored and Alexander began to fit out the interior. The aesthetic is definitely Cold War-esque, with Alexander maintaining the feel, if not the exact design, of the original. 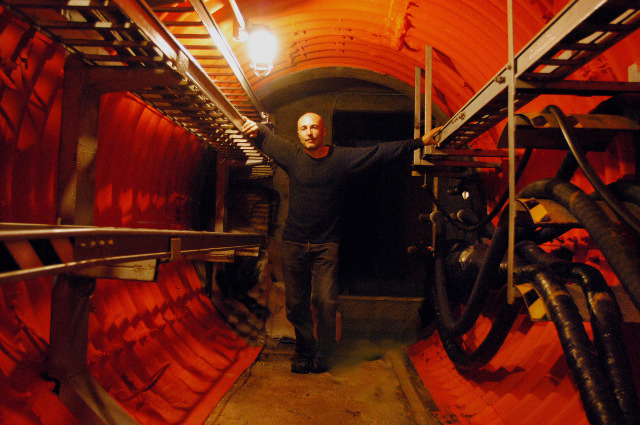 “I was very particular about not diminishing the military style that it had, because that was the whole point of buying and restoring it. I wanted it to retain the quality and the ambience that it had, so I didn’t play around too much with the interior design, aside from making it liveable and comfortable,” Alexander says.

The LCC is now restored and looks a treat. The silo, however, is still largely unrestored. Alexander has only managed to get one door shut and the weather dumps rain and other debris down there.

After an initial two month stint at the silo, Alexander visited the silo twice a year to work on projects and host events and continues to do so. When he’s not at the silo, a caretaker keeps an eye on it. There are many people who are interested in the silo and it does receive a fair amount of unwanted attention.

Over the years, the relationship between owner and structure has changed.

“When I first went over there, I didn’t care to meet anyone; all I wanted to do was work on it and make it into something. After 10 years, I opened it to the public and thousands of visitors came, so I got to know a hell of a lot of people, especially some pretty fabulous locals,” Alexander says. “It became a holiday destination, rather than just a building project.”

In the last 10 years, Boquett 556-5 has hosted a range of events, including: an epic birthday party with drag queens in military attire; a ‘Stupid Aussie Comedy Film Festival’ featuring Priscilla and Muriel’s Wedding; and many events in conjunction with the New York State Historical Society.
On Alexander’s most recent trip, the original crew of Boquett 556-5 came to visit. During its years of operation, the silo was crewed by a squadron (five men), who would spend five days at a time living down in the LCC. If the silo wasn’t on alert, the crew could leave and they used to go to the local town and have lunch and various other things. 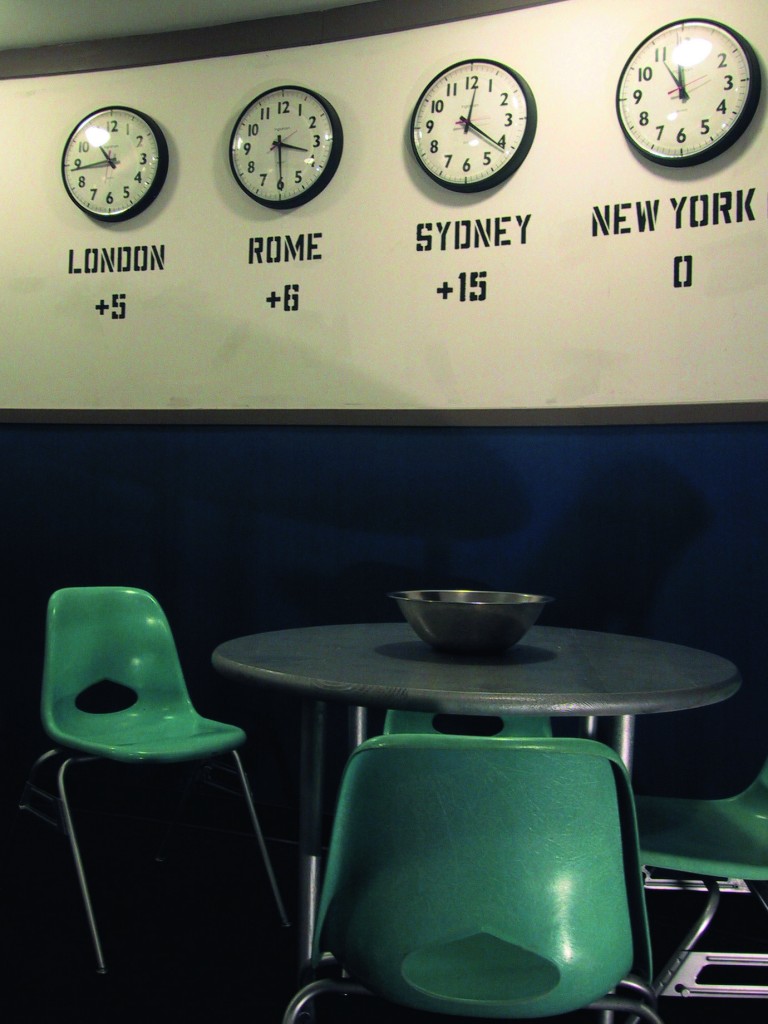 “They were all incredibly pleased that somebody was actually restoring the silo and they were really excited to be back there. While it was a very short time in a lot of their careers, it was operational during the earliest part of the Cold War and they were the first ICBM missile systems that were brought online during the Cuban Missile Crisis. A lot of these guys were down in these silos, with their finger on the button, DEFCON 2, ready to fire them off. They occupied these buildings at a time that was really, really significant and it had a major influence on their lives. They were thrilled to come back and relive the experience with their buddies.”

What the future holds for the silo is unknown but when asked whether there are still many projects to do, Alexander is emphatic.

“Oh, enormous. I never look at it that way. I plan what I’m going to do and think of a project that I know is achievable, sometimes I do it, sometimes I don’t.”

Which, considering the massive amount that he’s achieved, seems to be a tactic that’s working!