It’s not every day you meet someone whose collection needs to be housed in a warehouse the size of a Bunnings warehouse, but when you combine military vehicles with a bloke whose energy knows no bounds, that’s exactly what you’ll find.

John Belfield has been fascinated by military tanks for over 75 years and he blames his mother for instilling the bug in him.

“My poor old mum gets the blame for my obsession. She bought me a tank when I was six years old and because I grew up during the war, I became fascinated by tanks and Jeeps. I bought my first Dodge in ’56, set that up as a tow truck for my country garage and stayed there for nine years before I got into truck engineering,” John explains.

So it’s one thing to be fascinated by tanks but it’s another to find them, restore them and then build a museum to showcase them all.

Before I go on, when I say restore, I really mean restore. To the untrained eye it appears as though John is turning parts destined for the wreckers into what you see in the accompanying images. He has wonderful vision, an amazing work ethic as well as the energy of an 18 year old… oh and a little bit of crazy which he openly admits. 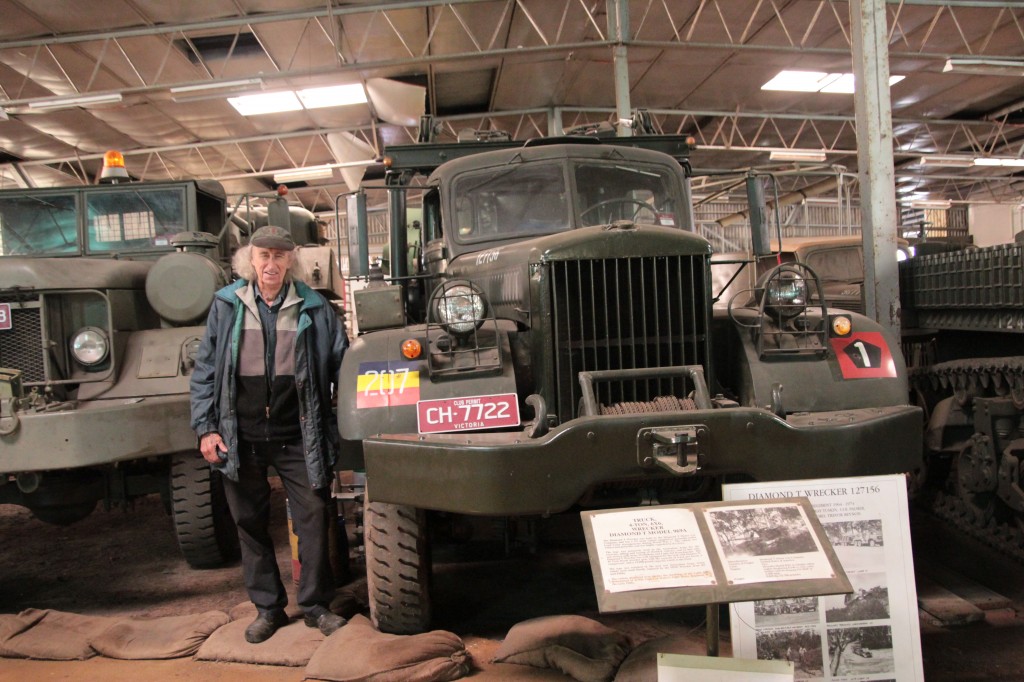 “It’s certainly been an interesting life and I reckon I’ve averaged 60 hour working weeks for the past 60 years. It hasn’t done me any harm other than the fact that some people think I’m a bit crazy. You don’t have to be crazy but it helps if you are, at least a little bit,” he laughs.

John tries not to take anything too seriously apart from looking after his wife Pat who suffered a stroke last year. While her health comes first and foremost, John still finds the time to work on his precious tanks in what used to be his own private museum, showcasing 70 major items as well as hundreds of smaller pieces of memorabilia.

“We opened the museum on December 4 1993 and we sold up in April 2006. My wife ran it from the front desk with a coffee shop and cash register but it was hard to make money from it and I still had to work full-time to make ends meet.

“I learnt that you don’t open museums to make money. I had over a million dollars worth of stuff in here and I was battling to take $20,000 worth of takings a year. So after 12 and a half years we decided to sell up. Fortunately we made enough money for me to comfortably retire while still able to care for my wife full-time.

“Before we sold most of the items at auction, this place was jam packed to the point you couldn’t fit another vehicle in.

“There were about 258 items for sale at the auction and we sold 256. About two thirds of the collection stayed in the country, 1/6th went to New Zealand and the other 6th went to the UK.” 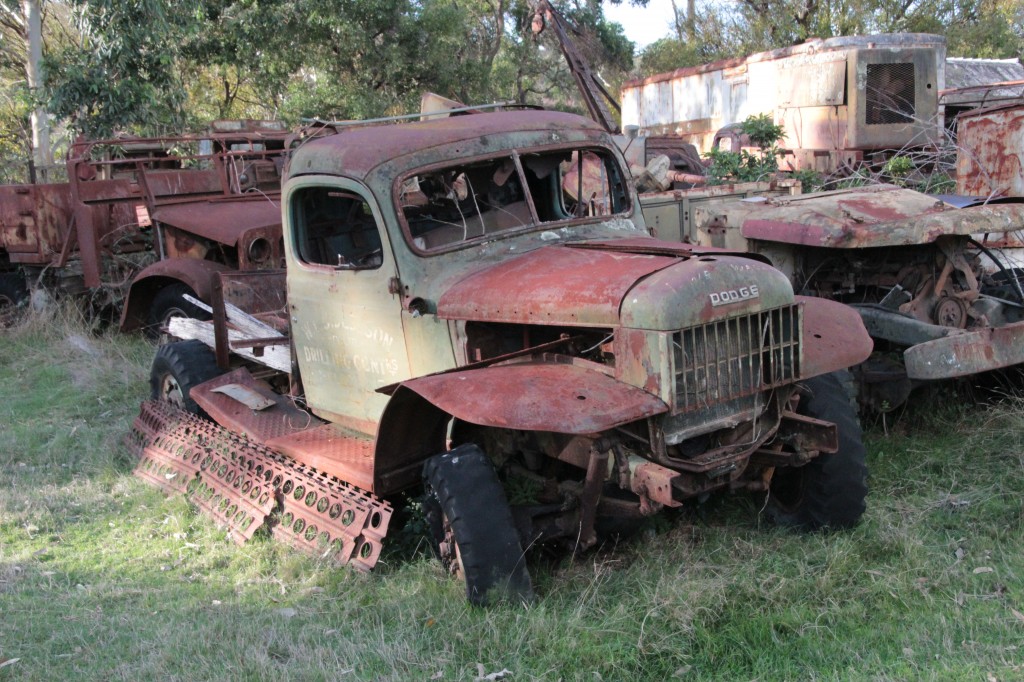 A lot of John’s outdoor collection may look like scrap metal, but he can make most of them look as good as the others in his warehouse.

He was never going to give it all away though and since the museum was disbanded he’s been busy collecting and restoring once more.

His oversized shed is still packed to the rafters with tanks and an assortment of military vehicles, as well as a dedicated workshop and storage area. Then there’s the outdoor wrecking yard that houses tonnes upon tonnes of old tanks, Chevy chassis and wheels. It resembles a tank graveyard but John assures me that nothing is scrap metal here.

If we’re going to be honest, the shed and outdoor area are neither immaculate nor perfectly manicured like a lot of the spaces we visit, but then again, it wouldn’t look right if it were – war isn’t pretty afterall. This is both a working space and a preservation of military history.

Further to that, John erected the second hand structure himself which is an incredible feat, let alone for a bloke who, at the time, was in his fifties.

“I put this building up on my own. It was standing behind the Brunswick Tech in Melbourne and a whole lot of friends and family helped me pull it down. Unfortunately, when the time came to put it up again they were all busy doing something else… I don’t blame them though,” he says with a grin. “I borrowed a pin jib crane and used long bits of rope to get the walls and ceiling up. We’ve got 20ha of land all up here and the building takes up 331 squares.” 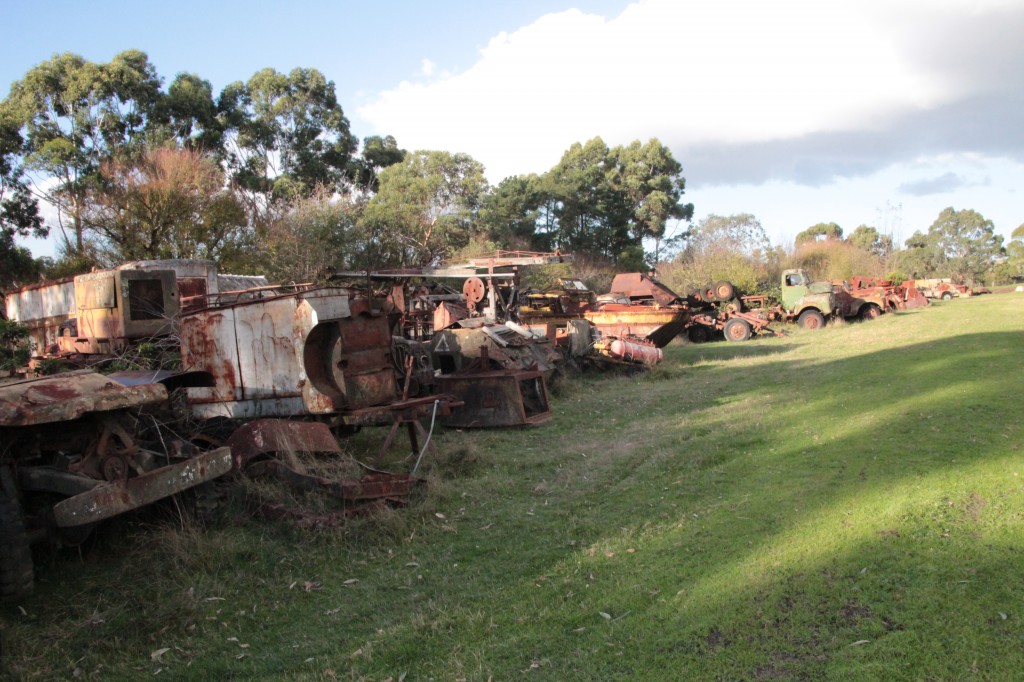 The vast majority of the floor is hardened soil while a small section at the front of the building is covered with rolled out carpet. Sandbags make their way around the carpeted area and a line up of beefy vehicles stare down at you from the perimeter. While conversing with John, it was hard to believe a collection like this existed in the outer suburbs of Melbourne, in someone’s private property.

Needless to say, he didn’t just pick these vehicles up at the local trash and treasure market. While taking me on a tour of the place John provided some vague insights into the history of some of his acquisitions.

“I bought some at auctions; another guy was going broke so I bought this one from him; this is a Japanese tank left over from The Pacific mini-series which featured Tom Hanks.” Pardon John? “Yeah, they built three replicas for the series and I managed to get one of them,” he continued without second thought. “That tank fought in Vietnam, I drove that in the 70s and 80s as a part-time soldier and I bought that from the Puckapunyal Tank Museum.

“I never got anything for free. In the early days you didn’t have to pay much though. You could buy an incomplete tank without a motor for around $250 but back then you had to work 6-8 weeks to make that, now you young blokes are making $1000 a week,” he says with a cheeky grin.

I was beginning to realise that there was a lot more to this 82-year-old than meets the eye. 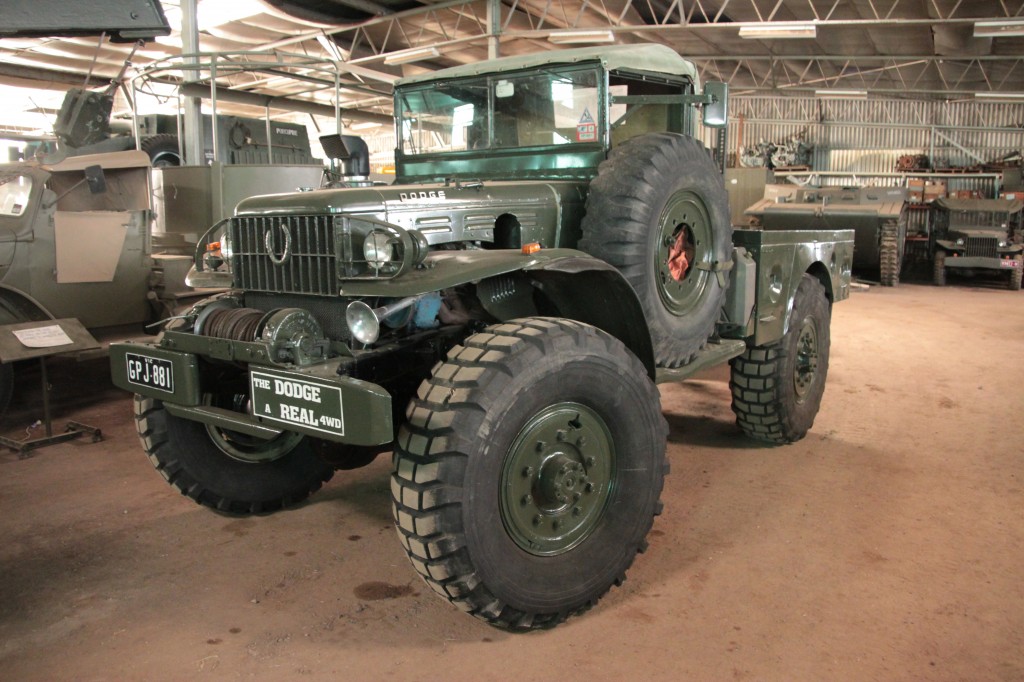 John restores everything himself despite no formal training.

“As I started restoring stuff they could see the value in it and when we sold up and I made enough money to retire, they realised I wasn’t so crazy after all.”

With the passion to restore and preserve still burning, John hasn’t put the tools down yet. On the day of my visit he was busy working on a Matilda tank restoration. He had cut the chassis in half and was going to use various elements from tanks in the yard to rebuild something fit enough to sit among his other restorations in the former museum. It was hard to fathom that the pile of rust in front of me was going to exhibit the same pristine qualities of his other tanks but he had no problem convincing me otherwise.

“This thing will come up real good, don’t you worry about that.”

Despite not undertaking any formal mechanical training, he has managed to pull off all of the restorations on his own.

“I guess I just picked up a few trades along the way. If you’re mechanically minded and you’re alright with your hands, you can do most of the trades.”

He doesn’t restore off plans either.

“To get a drawing is pretty rare these days so I just look at a few old photos and away I go.”

And he’s doing it all for us. 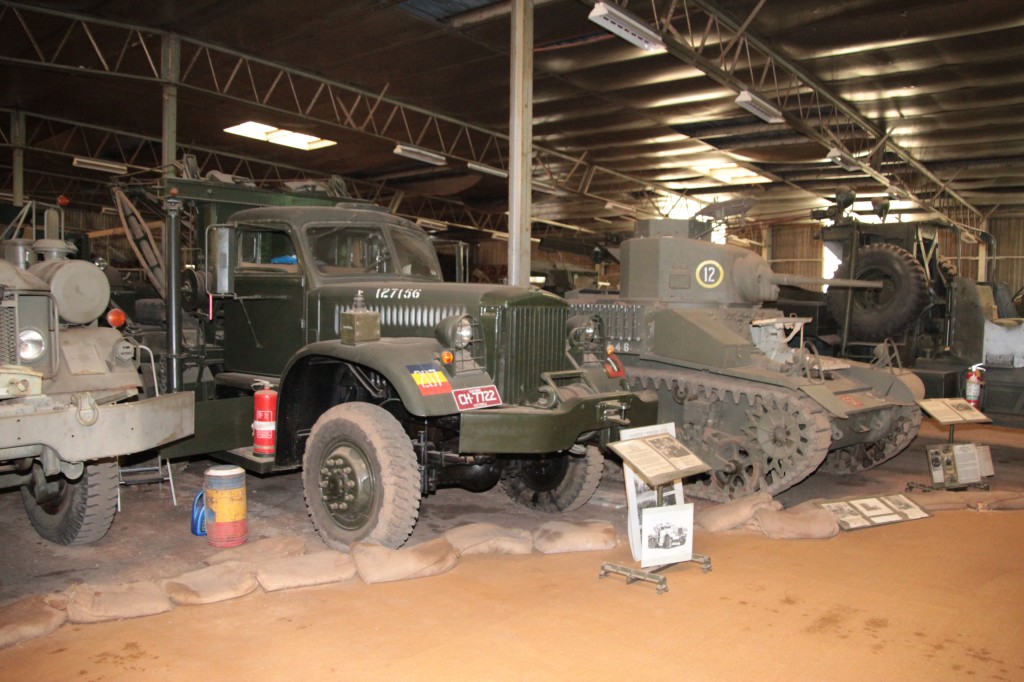 Sandbags make their way around the carpeted area and a line up of beefy vehicles stare down at you from the perimeter.

“I’ve restored 50-60 vehicles in my time and I like to think that I’m saving a bit of Australian military history. The next generation can refine my work down the track but once I’ve got tanks to the stage where they look a million bucks, they’re never going to go for scrap metal. There are enough enthusiasts around the world that will keep buying this stuff and continue to look after it long after I’m gone.

“I’ve been lucky in life. I’ve had a passion and enthusiasm and it has kept me going – it’s been really good. I’ve always been pretty intense while doing things but as I’ve gotten older and had to time to reflect, I’ve realised how lucky I am to have always done something that I loved doing.”