Trending
You are at:Home»Hobbies»Collections»Garagenalia is Big Business

You know a fad is big when it gets given a name, and in the current collecting game, garagenalia is really, really big. Decorating a shed, garage or pool room with rusty petrol signs and a few rego plates is nothing new, but these days if you want to start collecting, or add to your collection of old and rare service station items, then you’re going have to join the queue. 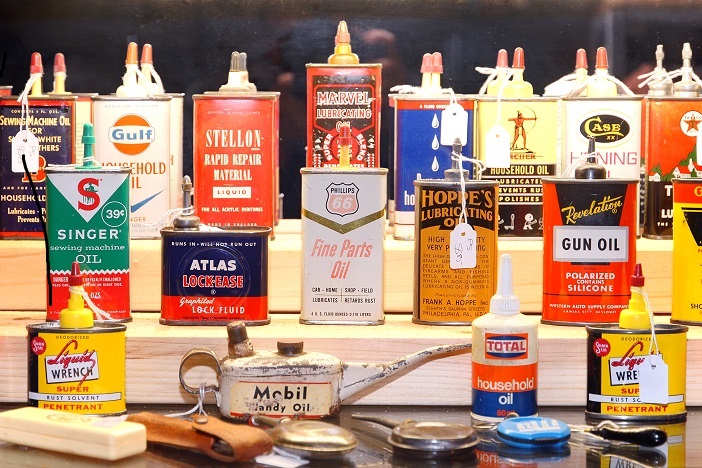 Peter Summers has been trading in old wares and collectibles for over 25 years. In his never-ending search for the rare, sought after or just plain odd bit of memorabilia, he has attended countless swap meets, auctions and garage sales throughout Australia. For the past 9 years Peter has owned and managed How Bazaar Antiques in Geelong, Victoria, a 1000-square metre emporium with over 100,000 items for sale.

Peter says there’s a premium paid for bowsers with a glass cylinder on top. A driver would pump five gallons of pre-paid super into the cylinder, which he would then pump into his FJ Holden. In pristine condition these can sell for $12,000 and more. Far more desirable, and pricey, are the Corinthian column style bowsers that can sell for up to $40,000.

Of the brands, Peter says Golden Fleece is the biggest selling service station collectible in Australia.

“It was wholly Australian owned; a lot of people remember it for the roadside restaurants; it’s iconic, its colours are appealing – the blue and yellow work well – and it’s no longer around.” This makes bowsers topped with a globe-lit golden ram – the company’s emblem – highly sought after,” said Peter. “They got broken because the plastic they were made of degraded under UV light. Before the plastic ones they were glass and if you find one fitted on top of a bowser, they (the glass ram) are worth $2000 alone.” 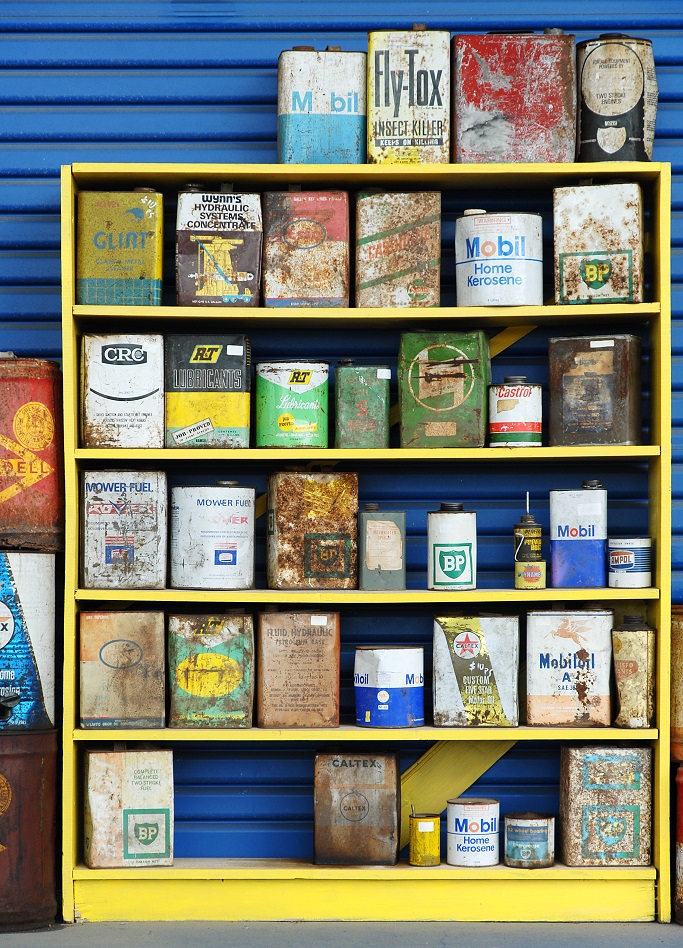 Just some of Peter’s 25-year collection.

“In the 1920s there weren’t a lot of petrol stations around but almost every farm had its own diesel bowser put in the shed where the farm equipment was, and the petrol companies put their signage up. You’d come to a farm gate and there was a sign saying ‘This farm is serviced by Castrol,’ or a Texaco ‘Please shut the gate’ sign. You’ll find the odd bowser in a garage or enamel sign still on a gate, but not that often now because they’ve been stripped bare.”

Old enamel signs are a perennial favourite – they’re quite common and easy to display, but still worth a few shillings. Peter says enamel fuel signs are sold at clearance auctions for a lot more money than he could ask a customer to part with.

“Firezone was a derivative of Golden Fleece. It was an additive you put in your fuel tank that lubricated your motor. The book price for the eight-inches high by four-foot wide sign at an auction I went to was $800. It went for $8,000. If you can find an embossed Goodyear sign, they’re worth $2000-$2500.”

While items in either pristine or naturally aged condition fetch the highest prices, Peter says there’s a growing demand for what he calls re-purposed items because “…the taste at the moment is very industrial. We used parts of a differential from two T-Model Fords to make table legs. It’s got car parts and it’s a table, so you’ve got two points of sale.” Peter has a colleague who installs small fridge units into petrol bowsers and in the last 12 months they have sold around 30 of those. 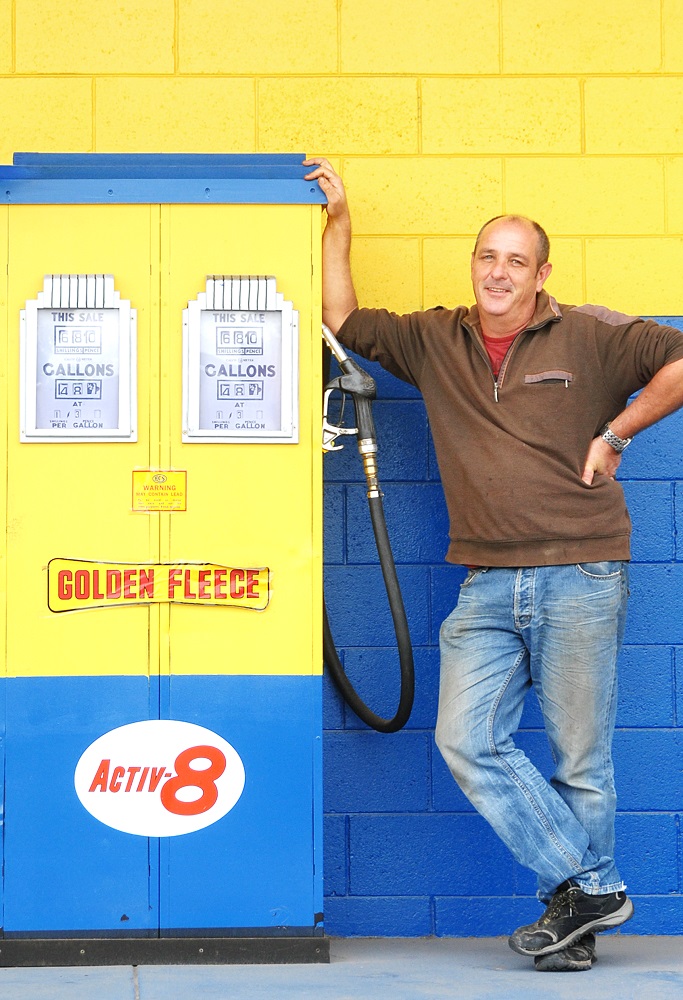 Garage decorating began, says Peter, with “mostly older guys who…wanted their space to look cool to them.” Now the new generations are getting in on the act.

“I had a young guy in last week who bought an oil rack with all metric bottles and plastic tops because he could afford $350. For a Golden Fleece oil rack with Golden Fleece embossed bottles in it, you’re looking at $20,000. But the young guy says he got the same look.” And they’re getting younger, still. “We get kids, 10 or 12 years of age, who come in with their dads to buy an oil tin. The shed or pool room becomes an entertainment area they like to show their mates.”

When it comes to trends such as this one, it pays to be informed before making purchases. There’s authentic and then there’s the cheap and nasty knock-offs that people can be easily fooled by. This column will become a regular and we’ll employ the knowledge and experience of Peter to ensure you are well informed either during or at the beginning of your collecting journey.