Trending
You are at:Home»Hobbies»Hamming it Up

With the impact of mobile phones and the internet, you could be forgiven for thinking that ham radio may be a thing of the past.

But take a close look around the suburbs and you’ll still see the tell-tale signs of radio masts poking above the horizon of the odd shed, garage or chimney.

Many a ham radio operator is an electronics enthusiast (and a few electronics nuts) who extend their work skills into a hobby, while others are just gripped with the fascination of ham radio as a complete diversion to their day job. Some will even argue that ham radio was the real forerunner to social networking. 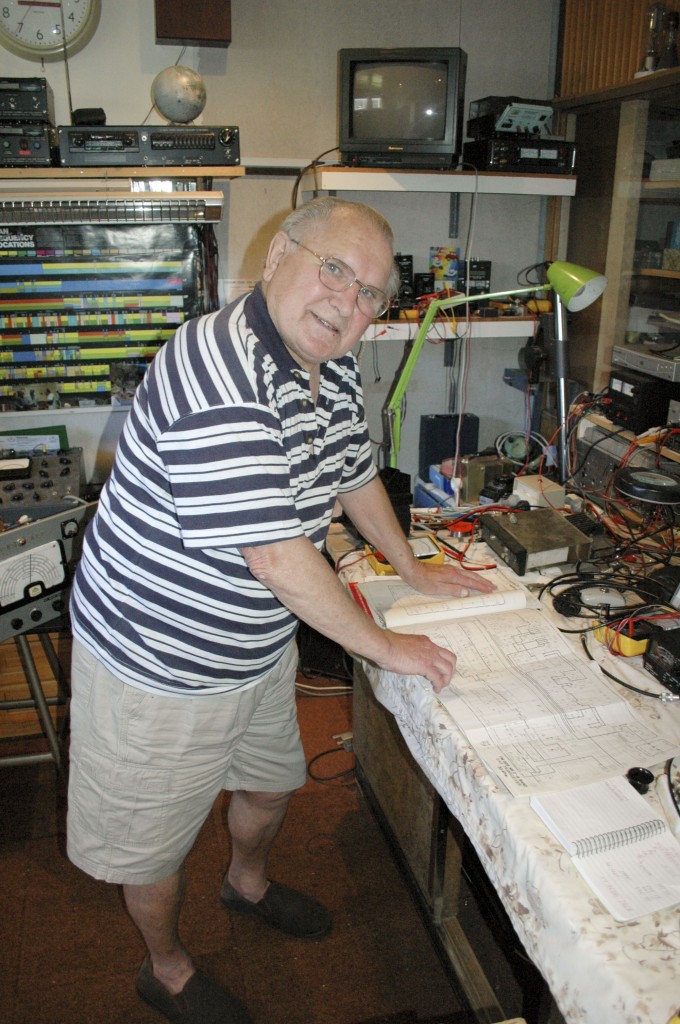 In Victoria’s Goulburn Valley, John Van Kerkwijk has been adding to his shed full of radio parts and electronics for close to 50 years.

While his family and friends know him as John, to his social cabal of radio hams around the globe he is known as VK3 ALF.

Serious ham radio enthusiasts like John are licensed by the Australian Communication and Media Authority (ACMA); the Federal Government agency that controls the radio spectrum. 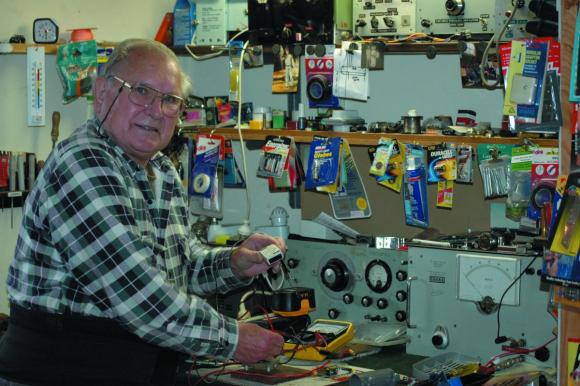 The ACMA allocates access to the radiofrequency spectrum through one of three licence types: Spectrum, Apparatus or Class licences. The Amateur Service falls within the Apparatus licence category.

The amateur service is designed primarily to facilitate hobby radio-communications and technical experimentation, and operates on specified frequency bands. Amateur radio operators communicate using transmission modes including – but not limited to – Morse code, telephony and data.

One of the key reasons for the licensing is to ensure that users fully understand their obligations and the interference that ham radios can cause if used improperly. The equipment can interfere with public broadcasting, as well as emergency services and flight communications, let alone the TV’s in the local neighbourhood.

John has little idea of the true asset value of his equipment and, like many a man, it’s not the sort of info you really want to share with your wife!

His enthusiasm for radio was initially awoken during his apprenticeship years back in Holland, working with Royal Dutch Airlines, before immigrating to Australia in 1951.

He then spent more than 30 years as a telecommunications officer for the PMG, operating and maintaining high frequency transmitters.

In addition to the copious amount of receiving and amplifying equipment in his shed, there are six signal masts outside used for a range of tasks. One mast is even for locking onto satellites, and is controlled from a computer inside the shed.

Over the years, John has utilised all forms of equipment; from Morse code (which he still uses a couple of times a month), through to today’s latest generation of digital devices.

He has held memorable conversations with operators across all continents, including Australia’s Mawson Base in Antarctica. The Holy Grail for John would be to one day do a ‘moon bounce’ with a signal, but that would require an extraordinary amount of calculations to achieve.

Shed life consumes around 60 to 70 hours a week either transmitting or hand-building and repairing his range of equipment. His metal workshop is extensive and can handle most tasks required.

Many friendships have developed across the radio frequencies through the years.

As a way of solidifying that friendship, after John makes contact with someone he posts them a QSL card which is a postcard that confirms the two-way radio exchange the operators had. These cards include the call sign, date and time of contact, the frequency or Band used, the mode of transmission and a signal report.

A sizeable array of QSL cards adorn the walls of John’s shed from all over the world and provide an interesting add-on hobby. Such data can now also be exchanged over the web – and while it is less costly, you miss the musty smell of old paper.

He is still active with his local Amateur Radio Club which holds monthly events and outings to attract new enthusiasts.

“Endless rewards and a hobby that has no age barrier” is one way John describes the life of being a ham. He also enthuses over the continuing growth in knowledge and understanding of experimentation.