Trending
You are at:Home»Hobbies»The Backyard Bar

Never a truer word has been spoken since young Tobias talked it up in the 18th century.

There is something fantastic about being young and hitting the high seas (which led to being hit from time to time, or from port to port).

Having moved around as a lad because of my father’s employment, little did I know that he was grooming me for naval adventures. When I joined the Navy in 1994 at the age of 17, I was unable to foresee the wild ride to come. But, to be fair, immaturity is just another stage of ‘life’. 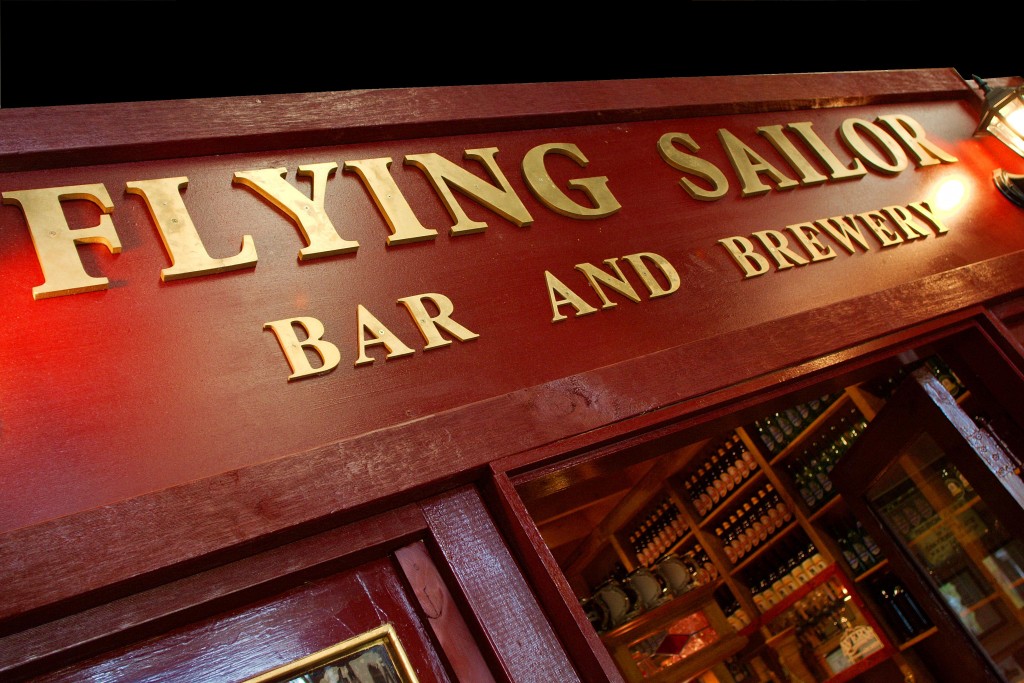 Seventeen locations in 17 years in the military pretty much requires you to live light or hoard boxes of things you don’t need for that one shining day when you get that ‘man-space’ of your own.

Given my time as a sailor – and with due consideration of that classic love ballad “What shall we do with the drunken …” – I did my fair share of holding up the bar in numerous licensed premises. As such, I had plenty of time to map out what the man-cave might look like.

So I built it and installed the stuff I had packed away, those ‘straight to the pool room’ items we all have lying around: the 21st birthday pewter mug, or the cane toad holding the whiskey bottle received from an aunt one Christmas. It’s all in there now, ready to be enjoyed.

To better explain the accompanying pictures – yes, this is my shed-bar as such; no, it is not open to the public; and yes, I do have too much time on my hands. 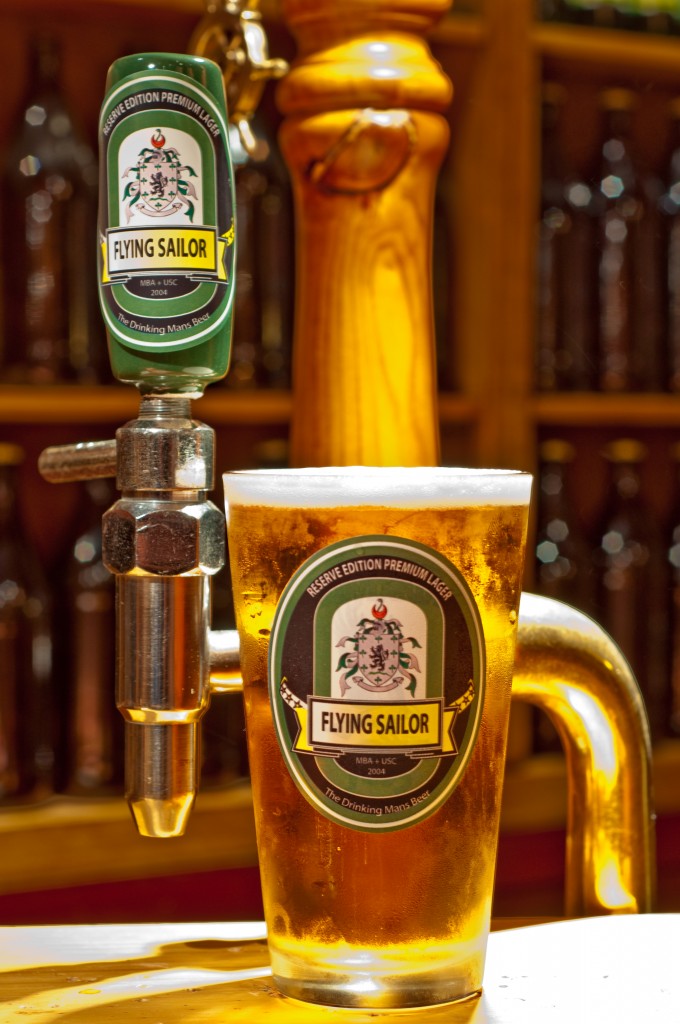 I wanted to give my pub a front that would allow people to step through into an adventure. It’s unrealistic to push a bench into the corner of the lounge room and expect people to stand there and pretend it captures the atmosphere of a good pub.

Acknowledging my career as a sailor, and later an airman, my wife suggested The Flying Sailor as a suitable name for my theatrical doghouse.

I’m into old cars, playing bass guitar and listening to blues music while putting down a batch of beer. So it was my dream to create an interactive art project. Be it just me out there admiring my old Ford, or 20 mates over for footy on the big screen, the place sets the scene for some great camaraderie.

One of the aims was to make the space personal, yet inclusive for anyone who stepped in.

On the right side of the street facade there’s the Toy Store, which houses action figures and other pieces I had as a little fella. To the left, there’s a beer-can collection and a cabinet containing die-cast cars from my youth. 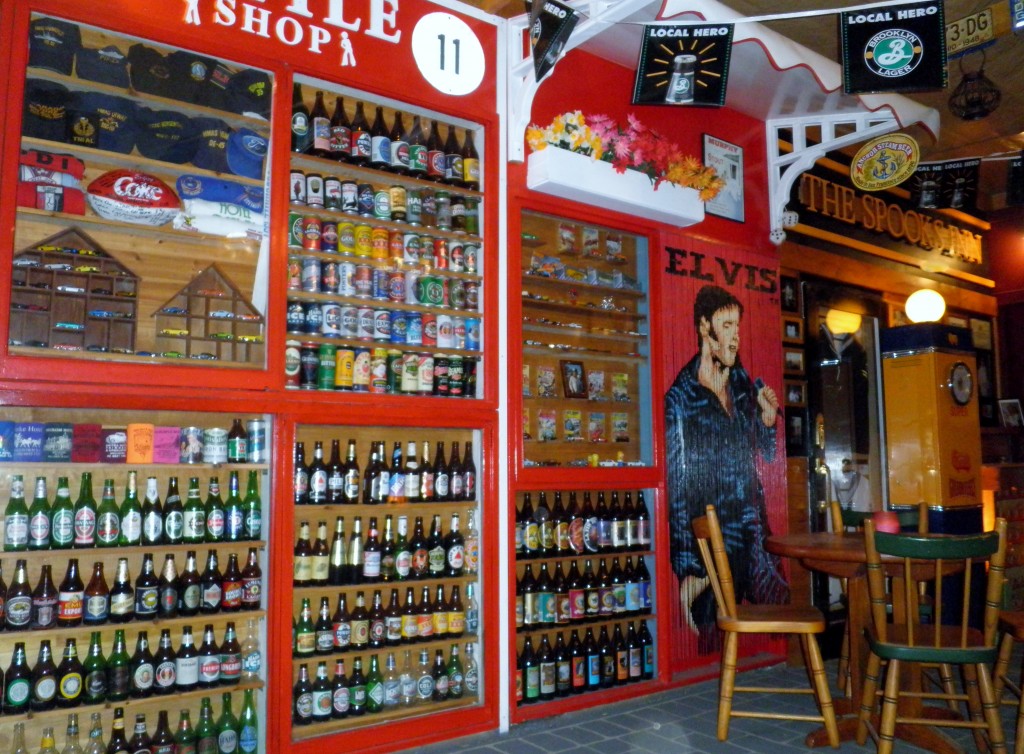 Action figures and cool cars – it’s not surprising there were so many 1980s shows based on that key principle. We had The Fall Guy, The A-Team, The Dukes of Hazzard and CHiPS.

I happily confess that my dream car is a 1968 Dodge Charger (yep, painted just like the General Lee – I am that tacky). It makes me smile when someone pretends to be uninterested in the toys then suddenly springs to life exclaiming “Wow! I had that one!”

For me, one highlight on the street is the petrol bowser. I made it from a grey single-door metal locker, a $2 clock, a piece of garden hose, three cans of spray paint, a light fitting and a packet of wheel-arch chrome. Add a couple of Golden Fleece stickers and it makes a practical storage space for auto magazines (and I guess my copies of ManSpace).

Retrospectively, this whole project is just a $5,000 by-product of the rhetorical question “Why not?”

Being 35 years old, I grew up in an era when cartoons had a little moral at the end in which the hero would explain what the point was. So forgive me if I can’t help but toss one in myself.

I could never have built this project in the house. No sane person would do this to their home, as it would detract from its value. However, in the shed it really doesn’t matter what you do.

It’s a bit like the phenomenon of fire – add man, and soon you have a 44-gallon drum with a few grinder holes in it, or a large brick barbecue to house the naked flame.

Point being: just as both of those would not be optimally placed in the house, the bar does not belong there either. Keep it primitive, keep it raw, heck … just keep it. I think there is something in that for all of us.