Trending
You are at:Home»Hobbies»From Ship to Shed

Before you started reading this article, you may have believed that shipping containers outlived their usefulness as cargo carriers within five years and sat abandoned in shipyards until they rusted their way into the scrap metal category.

Well, apparently this isn’t the case. Now they’re gaining recognition for their durability, light weight/low cost and ease of stacking, spurring on a recycling trend that has resulted in shipping containers making an appearance in homes, hotels, museums … and sheds.

Just ask Ben Risby-Jones, who is the proud owner of a shipping container shed that sits on his 120-acre property in the Sunshine Coast, about two hours’ drive north of Brisbane.

Back in 2004, he and his father, Peter, decided that a shed had progressed to the top of their ‘to do’ list (plus it was the perfect opportunity for Ben to create a man’s space of his very own). As they share a passion for projects involving the innovative use of recycled materials, it was essential that this played a major role in the structure of the shed itself. 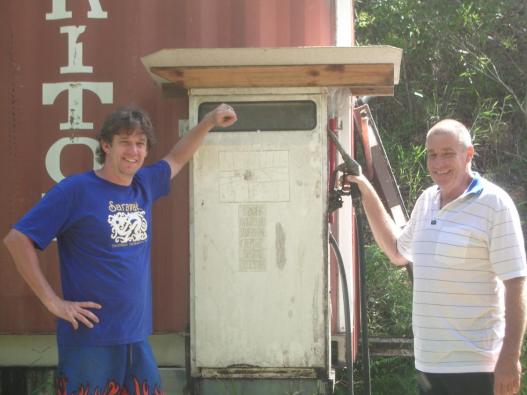 “My background is naturopathy, and that led me into the health and wellbeing of people and the planet. I guess that helped me to understand the consumption of non-renewable resources and the need to recycle,” he says.

“The shed is one of the many aspects of a sustainable lifestyle that we have decided to create, so it’s like one part of the bigger picture. We’re on standalone solar power, tank water and use renewable fuel for our three cars … we are living a fairly carbon-neutral lifestyle.”

Seeing as the property is heavily timbered with eucalypts and large patches of original rainforest (most of which was revegetated by the boys when they planted 17,000 native trees), the hilly nature of the land made it difficult to locate a suitable site for the shed.

“We needed a space that was going to be somewhere dry, where we could store things and mill our own timber to build furniture. It was common sense to use materials that were functional and had been used before.”

Defunct shipping containers were presented as the material of choice, thanks to their excellent structure. But it was clear that it was going to be a tough gig to manoeuvre a whole shipping container onto the property, so Ben and Peter had to think outside the square.

“There is a company down in Brisbane that remodels shipping containers to make their own little cabins out of them. They had cut these big containers into smaller pieces, so we bought the off-cuts which turned out to be particularly cheap,” he explains. 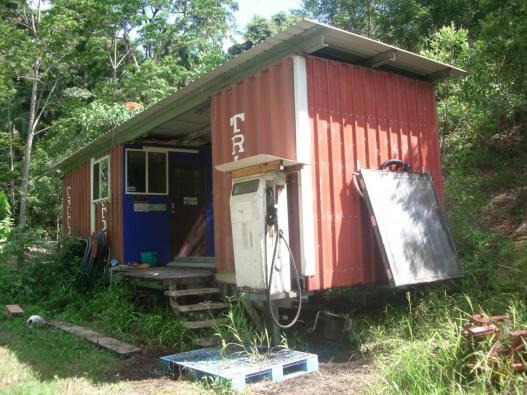 “We were able to pick up the 2.7 metre off-cuts from these three containers for only $200 each, giving us the equivalent of an 8 metre container for $600.”

When it came to building and assembling the shed, the process was relatively simple and straightforward. The off-cuts were loaded onto the ute, then winches and jacks were used to get the pieces into position. Steel foundations were chosen to sidestep any future problems with white ants and the container floor was lifted from the ground onto an even platform. The container sections were bolted to this, two at one end, then a breezeway, then the final container section.

“A single, isolated room on the other side of the breezeway is used for bio fuel. This area can get particularly messy, so it was good to have a space to contain it,” Ben explains.

“We recycle waste vegetable oil (WVO) from restaurants and filter it, then use it straight as a fuel source for cars. It is very efficient – you wouldn’t pick any difference from normal diesel, except that the exhaust of the cars on WVO smells like fish and chips.” 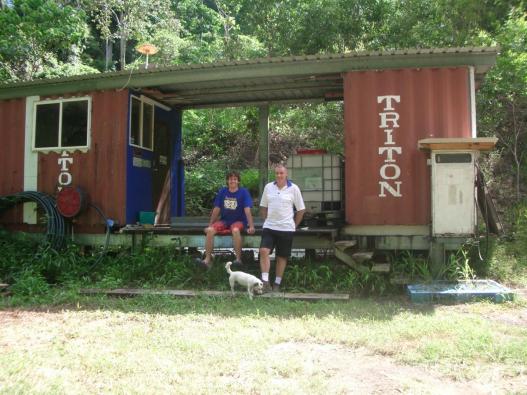 All materials were sourced either at the tip or the scrap metal dealer, and the shed is also connected to the main home’s solar power and tank water systems. Windows, doors, benches, shelving, lights, cable, power points and even the fire reel and hose came from the tip. The only exception was nuts, bolts and roofing screws which were purchased new.

“The local tip has proved to be a never-ending source of projects. You just need to be resourceful and creative – when you look at the stuff thrown away, it makes you realise what a wasteful society we are,” Ben says.

“I can see the shed lasting for a very long time, because it’s made of materials that have a lot of strength in them in their own right. It has definitely stood the test of time – it doesn’t appear to have been hindered in seven years at all.”

Given the shed is located a little bit away from the house, Ben has only one way to describe his pride and joy. 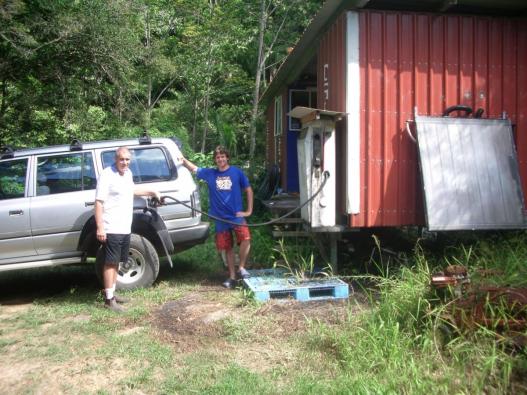 “I would definitely call it my ‘space’. The psychological aspect of this is very important; you need to have the room to tinker around in and be able to claim a space for your own projects.

“It was also nice to do something with my dad – I was very proud and happy to spend time with my father in that way. It’s nice to look back on the shed as something that we have worked on together.”

So there you have it: the many faces of an ordinary shipping container.