Trending
You are at:Home»Cool stuff»Kickstart your metabolism with BeFit Food

Lockdown 1.0 was a shock to the system. Being cooped up at home, meant it could have gone one of two ways when it came to food consumption and exercising. Having relied on gyms for working out for a number of years meant adapting was the only choice to avoid piling on the kilos.

While home workouts and plenty of walks with the dog were taken, the temptation to drink more frequently and order takeaway were hard to resist. As a result, I came out of the six weeks of hibernation feeling pretty lethargic and a little bit ‘meh’. 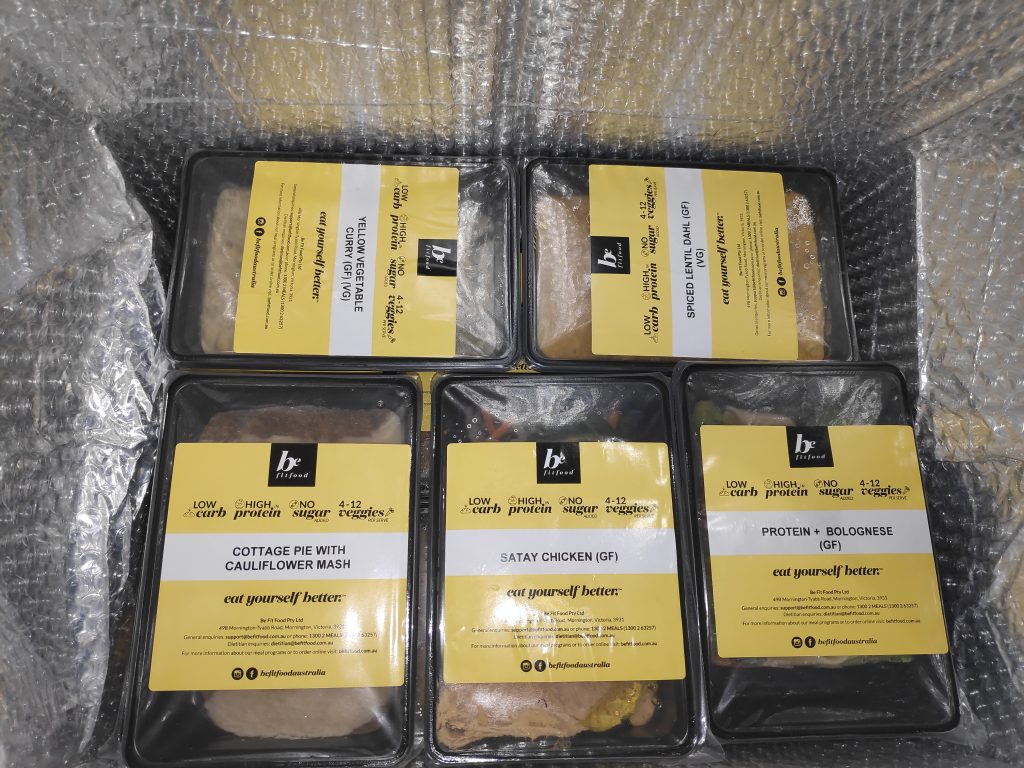 All of Be Fit’s food comes frozen, ready to zap in the microwave when required.

It was time for a reset!

Be Fit Food was brought to my attention and its Be Fit Man offering was exactly what I needed.

The Be Fit Man program has been designed specifically for men (obviously).

According to the website, with the same nutritional science to weight loss as its Be Rapid program, the Be Fit Man program has 30% more protein with extra snacks and an additional meal each day to give the male metabolism everything it needs for a nutritionally complete diet.

So for seven days, you have the option to choose from seven breakfasts, seven lunches, seven entrees, seven dinners and two snacks.  It sounds like a lot of food, until you read that each of the meals contain approximately 250 calories, 20g of protein and 15g of carbs. All up, the plan delivers 1100 calories per day. When you consider that the typical recommendation for men is 2,500 calories per day, it’s easy to see how and why this plan can kickstart weight loss and give the metabolism a much needed kick up the backside for some. 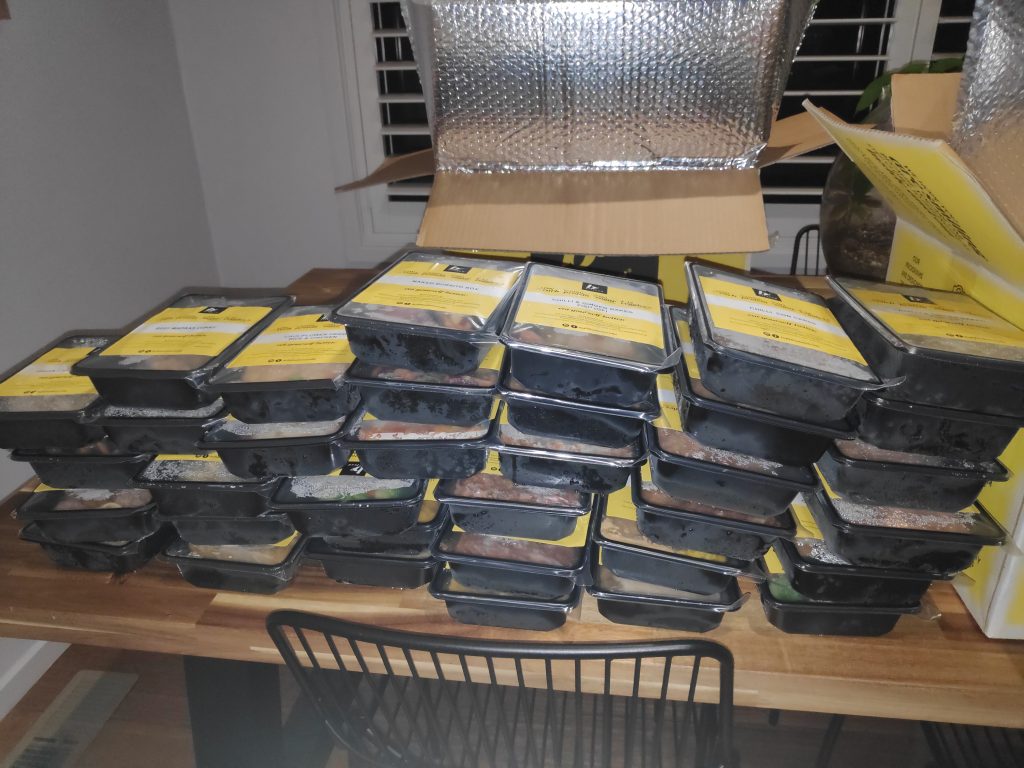 If you plan to undertake the Be Fit program, make sure you have plenty of room in the freezer.

I opted for a 14-day cycle and selected all of my meals and snacks via the website after having a phone conversation with co-founder and dietitian Kate Save.

Kate explained that while portions are small, the plan is aimed to cleanse the liver and make participants appreciate food for what it is: fuel for the body.

“A big part of it is reducing the portions to what the body actually needs. That’s pretty hard when your tummy wants to feel full and your brain wants to keep eating until you have all the pleasure you can get, but that’s not what the body needs,” Kate says.

“So the portions are small but they’re not to please the person, they’re there to meet the physiological needs.”

To help supplement the small portions, Be Fit provide an ‘allowed extras’ list , that includes things like salads and veggies. 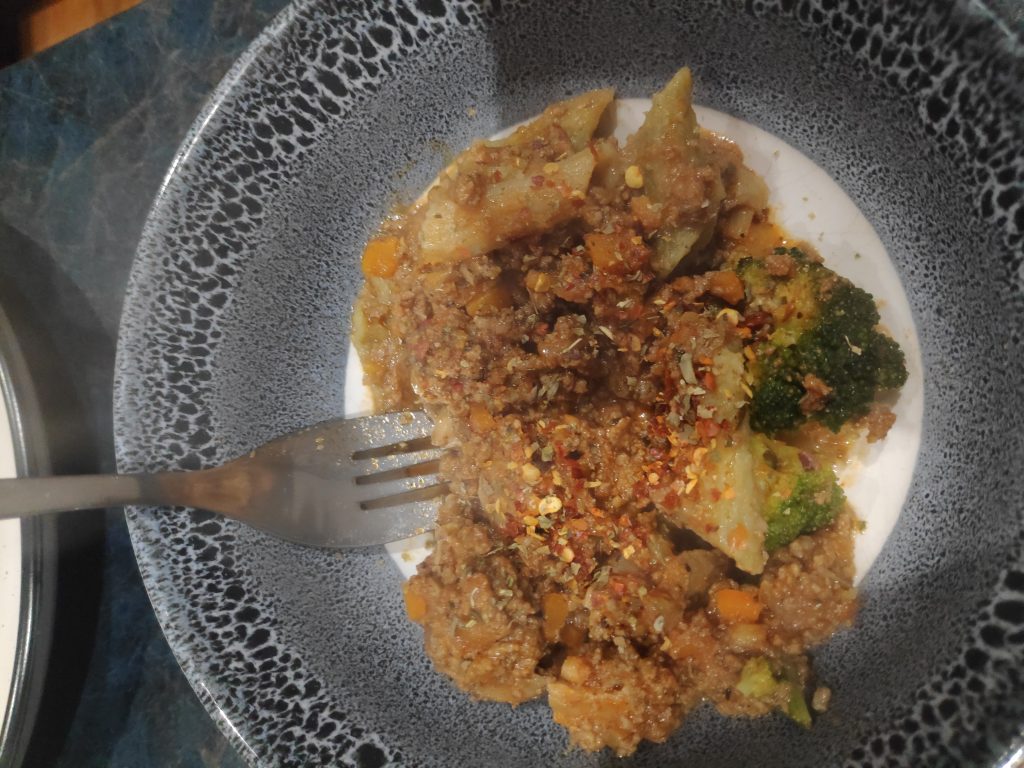 Portions are small, but you adapt quickly and can add veggies and salad to help fill you up.

“I never set out to have a food company. I just wanted to be a dietitian. But it became overwhelming to think we couldn’t help people in the long-term. They’d leave our consulting room motivated, but then it got too hard. They didn’t have the time to prepare and cook the meals. I was suggesting things on the market, but nothing was quite right. The options either had too much sugar or salt and there was nothing out there that had enough protein but the right amount of carbs.

“We wanted to create a solution for people that didn’t want to exercise, and if they do, iut’s just for mental health. There’s not one study in the world that proves you can lose weight by exercise alone. So I wanted to create a plan that did allow you to lose weight without exercise and make exercise something you do for pleasure and mental health, rather than something you do to punish yourself for eating badly.”

That spoke to me in a big way, given I’ve never really loved working out at the gym. I’d always just done it to avoid gaining weight and to be able to enjoy some bad foods and beer.

So the day came when the two boxes arrived, with food pre-packaged and frozen. Thankfully I have a deep chest freezer in the garage which was ready to hold all of the meals.

Everything comes in individual containers and it’s nice and easy to plan out each day’s meals the night before.

I won’t lie, the first few days were hard. I felt a little light headed and low on energy, but, I adapted quicker than I thought. I typically ate breakfast at 10am, a single serve at lunch, with a snack around 3pm and entrée and dinner at 6pm. I’d then have another little snack around 8pm.

The first few days I didn’t have any additional veggies or salad but that soon became the norm once I got into the rhythm of things. 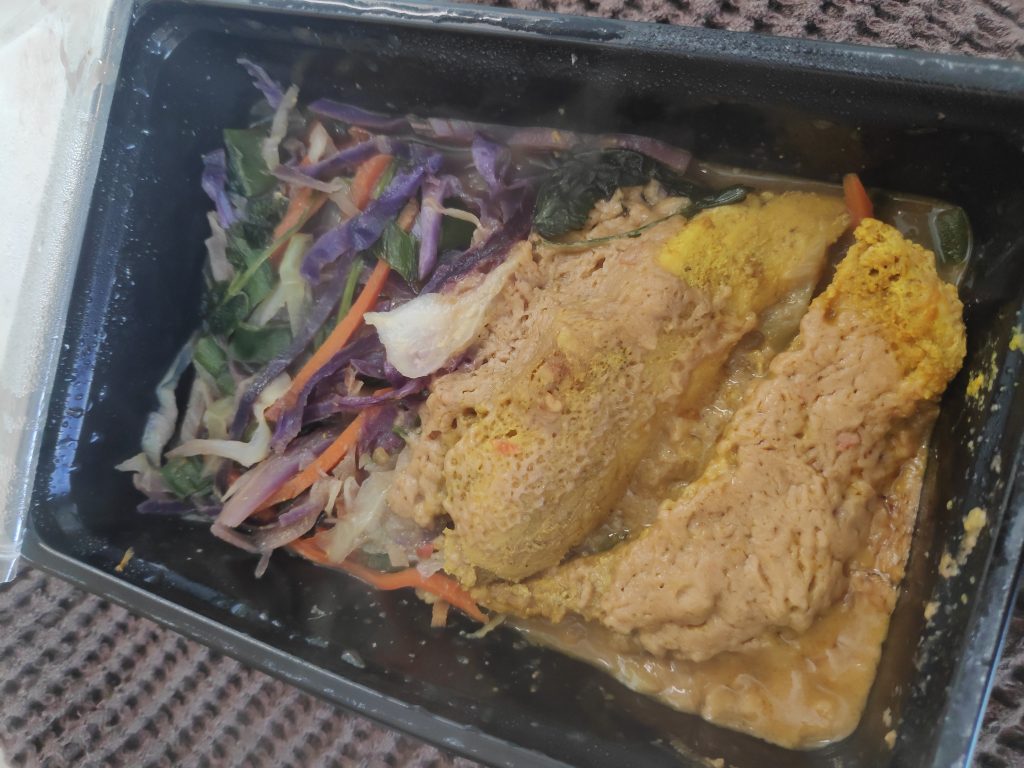 Some of the food can become watery once heated, given they come frozen; however, for the most part, they are tastier than expected.

Given the meals are frozen, some did come out a little watery once heated; however, for the most part, the food was better than expected. The curries and soups were definitely my favourite. As were the protein balls and dim sims. While I never added salt to the food, I often added some dry herbs and spices, just to jazz things up and add extra flavour.

Perhaps the best result though, has been what the meal plan has done for me since. I’m certainly less hungry throughout the day, and am eating smaller portion sizes as a result. I’ve also lost another kilo. Body measurements are down and clothes are loosening up, which is always a good feeling.

And now that lockdown 2.0 has kicked in around Melbourne, it has set me up to approach it in a very different, healthier way.