The average Australian bloke is pretty comfortable in the shed. Whether they’re alone or with a bunch of mates, busy with a job or just sitting and relaxing, there is a sense of calm and reassurance that comes with that little bit of space outside the main house.

Now, if you wanted to set up a social program to help men remain active, get out of the living room and interact with others – you’d want to make it as comfortable and reassuring as possible, wouldn’t you?

What if you decided to make the meeting space for this program feel like you’re back in the shed? Better yet, what if it actually was a shed?

I think you can see where this is heading. 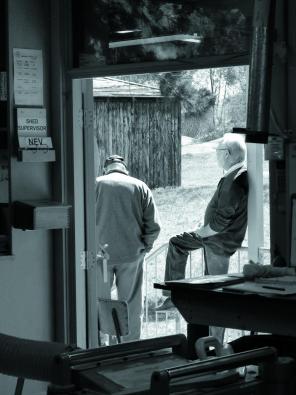 Currently, there are two organisations in Australia that aim to do exactly that: provide a space where men can chat to old mates or make new ones, put their practical skills to the test, or simply take a break from the daily routine.

The Australian Men’s Shed Association (AMSA) and Mensheds Australia are both not-for-profit organisations that started independently from each other, but their existence just goes to show how valuable the concept of a men’s shed really is – in fact, it’s starting to become a bit of an Australian phenomenon. The two organisations boast more than 550 registered sheds between them and are quickly evolving as general interest grows.

While this is a way for men to contribute to their community through volunteering and mentoring, the sheds are also an avenue to access health information and advice in a way that isn’t as confronting as making a doctor’s appointment – after all, deep and meaningful conversations about health problems don’t come naturally to most men.

“It wasn’t until 2007 that the men’s shed movement started to gain momentum. Our founding belief was to share information between communities that wanted to establish one,” AMSA chief executive officer David Helmers explains.

An ordinary shed in Armidale, New South Wales serves as a good example. Run under the watchful eye of Mensheds Australia director Roy Powell, the former joinery and timber supply business is one of the most popular in the area.

“Mensheds Australia provides advice and helps with the development of projects. We have about 80 members in this shed alone and are open every day, whereas a lot of sheds are in the 20-40 member range and meet up once or twice a week,” he says.

The great thing about the sheds is that they are a subtle way to promote social interaction, being a venue where men can meet and keep active by fine-tuning their woodworking skills, trying their hand at pottery or simply chatting among themselves. 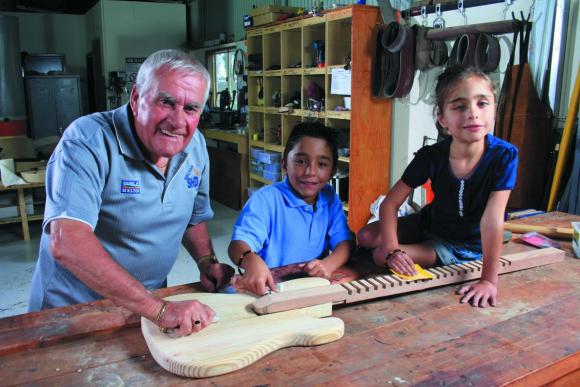 “Men need an organisation to help them get together, whereas women do it much more spontaneously. Men tend to build networks around their workplaces and when they retire, a lot of that network falls apart. So it’s not surprising that about half of our membership group is made up of retirees,” Roy explains.

David agrees, noting that the sheds aim to provide practical and useful support directly to men.

“The main aim is to reduce the risk of social isolation, which the Australian Male Health Policy identifies as one of the main risk factors for men,” he says.

Many blokes also avoid contacting the formal health network and have undiagnosed problems. To counter this, both organisations support a mobile health program called Pit Stop, which was developed by the West Australian government. It’s the health equivalent of taking your car to the mechanic for a service.

“You get set up for the day to check your blood pressure or test your hearing and eyesight. About 35 men came to our Pit Stop in Armidale and most hadn’t been to a GP in the last five years,” Roy says. 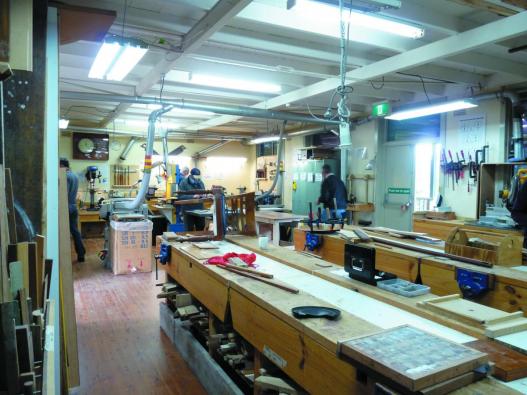 “If you make the men’s shed purely about health, you can guarantee that most won’t want to come. But once they are actively involved, then we can have a discussion about a whole range of common issues.”

Another welcoming aspect of the program is that walking into a shed isn’t anything like walking into a doctor’s clinic. Instead of sterile walls and a muted talk-show on TV, there’s a kitchen table with coffee and a workbench covered in tools.

“This year, AMSA is trialling a mass health check across 70 of our sheds during Men’s Health Week. Hopefully we can check the health of 20,000 to 30,000 men in that time, which is a great opportunity,” David says.

When the health chat is set aside, involvement in the shed can range from the workshop to the management team and anything in between. For the Armidale shed, this also comes in the form of supporting a local Toy Library or providing opportunities to work with the local community.

It’s a win-win situation for everyone: if a toy breaks or needs a bit of TLC, the blokes at the shed can repair it. On another day, a group of eight mentally disabled people make their way to the workshop with their carers to try their hand at woodworking.

While this is a great way to support the local community, there is also the issue of funding to consider. After surviving for many years on the smell of an oily rag, AMSA now receives funding from the federal government and the support of heavyweights such as former Victorian Premier Jeff Kennett, Prime Minister Julia Gillard’s partner Tim Mathieson and Aboriginal elder and actor Jack Charles. 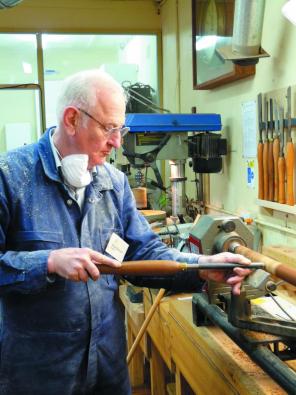 For those blokes who are sitting at home, you may have seen the recent AMSA ad that has just gone to air on the national television networks.

“We faced many obstacles along the way and our biggest issue was to secure funding. But the Association also aims for the sheds to become self-sufficient as well,” David explains.

It’s a similar story with Mensheds Australia, with the Armidale shed being one of the few with a well-developed commercial operation. Their activities manage to cover most expenses and avoid relying solely on support from members or the local community.

“Mensheds Australia encourages the sheds to develop at least some commercial operations, whether it’s repair services or setting up a stall at a market on the weekend. If they do that, they have some independence,” Roy says.

“We are one of the only places in Armidale that have a supply of Christmas trees, for instance. Once you start this process, it’s amazing to see how many ideas come up for new ways to raise money.”

The boys at this shed certainly have a knack for thinking outside the square; forming a travel club for those who are interested in travelling to the more remote parts of Australia. They made their debut excursion last year when 40 people – who came from as far as Dubbo and Port Macquarie – went on a chartered flight out to Lake Eyre. This initiative was a huge success, with many clamouring on board for a ground tour and aerial inspection of the tourist attraction. 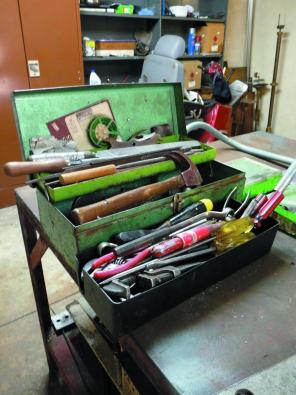 “With Lake Eyre and Cooper’s Creek in flood, there was a bit of interest because it only fills about once every 25 years and many knew that it wouldn’t fill again in their lifetime. Now, other outback destinations are on our radar,” Roy explains.

“It shows that the capability of the shed is only limited by your imagination and your capacity to plan things. If you’ve got men sitting down and talking while having a cup of coffee, that’s when the best ideas come about.”

The combination of a core of committed people who are passionate about the organisation and a well-established presence in the community has resulted in a wave of support for many men’s sheds across Australia. In the end, they are a great way to promote important issues in a familiar workshop setting, helping the average Aussie bloke to become more active and enjoy a healthier life.