The legends at Movember have teamed up with Diamantina Podcast Network (the crew behind satirical news site The Betoota Advocate, Dyl and Friends and The Grade Cricketer), to launch its first ever podcast for new and expecting dads – Dad in Progress.

Launching on Tuesday 3 March, Dad in Progress is a warts-and-all look at the role of dads in the 21st century. Host Raph Dixon is an everyday suburban dad, who asks when the birth is over, what do I do now? 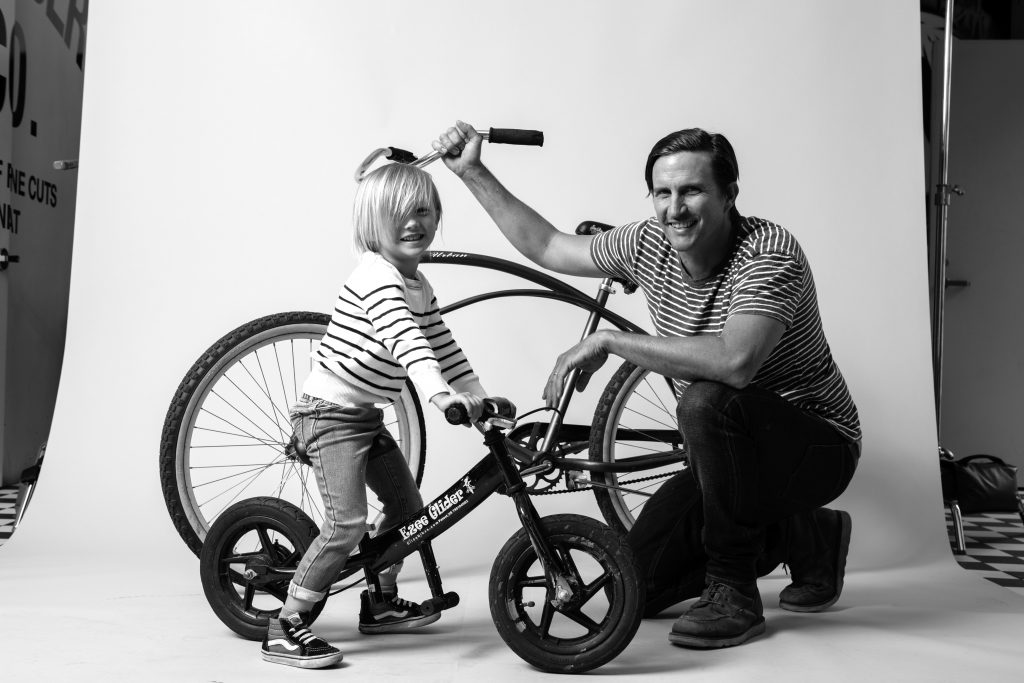 Over five episodes, Raph is joined by Aussie dads from all walks of life including his mates, experts and famous fathers such as Osher Gunsberg, comedian Aaron Gocs, soccer star Archie Thompson, sportswriter Sam Perry and one of the world’s most famous stay-at-home dads, Clarke Gayford – husband of New Zealand PM Jacinda Ardern.

From real-life parenting fails through to dealing with ‘dad guilt’, making time for your mates and addressing your dwindling sex life, the series challenges the status quo while answering some hairy questions, such as why do mums get all the attention? And, can dads get postnatal depression too? Peppered with no-bullshit advice from experts, Dad in Progress aims to help new dads deal with the ups and downs of becoming a father.

Movember Global Director of Mental Health and Suicide Prevention Brendan Maher said: “We know that transitioning into fatherhood can be tough. A baby is born in Australia every minute and 44 seconds1, which means every week, thousands of men are becoming dads – and might be feeling overwhelmed about their new responsibilities.  ‘Dad in Progress’ is about fatherhood in the real world, celebrating the highs and sharing the challenges, without sugar-coating it.”

According to a recent Movember-funded survey conducted by Ipsos MORI, nearly two thirds (65%) of Australian dads experienced increased stress as a result of becoming a father, and of these, 23% say they didn’t handle the stress well.

“Becoming a dad is daunting for a lot of men. While it can be one of life’s most rewarding experiences, this research shows it does have an impact on men’s mental health, particularly in the first 12 months. With this podcast, we want new fathers to feel less alone and know that no-one is perfect, we’re all dads in progress,” said Maher.

Podcast host Raph Dixon said that during the recording of the podcast, he discovered that there was no rulebook for being a dad in 2020.

“It’s an ongoing process and we’re still figuring it out,” Dixon said. “Our grandads knew exactly what to do – they went back to work, made money and basically went back to living a similar life to the one they had before.

“As society has evolved, dads want to be more involved in the upbringing of their kids – but who do we look to for advice? What you don’t realise is that everyone else is thinking the same thing, and when you bring it up, men are keen to talk about it. It’s as simple as that. Having open and honest conversations with the people around you is the best thing you can do to make being a parent easier, and make you a better parent.”

Dad in Progress is available on iTunes, Spotify and wherever you go to listen to your podcasts. To find out more visit movember.com/dadinprogress.

Dad in Progress follows the success of the Movember-funded Man Up documentary which aired on the ABC in 2016. A study conducted by University of Melbourne researchers found that Aussie men not only had a significant change in attitude after watching the three-part documentary, but were also more likely to seek help for personal and emotional problems – demonstrating the huge potential of mass media campaigns to change men’s thinking and behaviour.