Trending
You are at:Home»In The Drink»Beer»New Beer: Holgate Norton Lager

Summer is fast approaching and with it the need for thirst-quenching brews for days at the beach, BBQs or cricket. With that in mind, Holgate Brewhouse has launched their latest beer: Norton, a helles-style, dry-hopped lager.

Holgate Brewhouse has been around long enough that co-owner Paul Holgate calls it ‘one of the old fogies’ of the Victoria beer scene. Established in 1999, Holgate Brewhouse started out in Paul and his wife Natasha’s back shed in Woodend. The first two beers were styles that the couple enjoyed drinking: an ESB (a nod to Paul’s English heritage) and a witbeir, a style Paul had developed a fondness for when travelling to the Netherlands for work.

Since then the beers have covered a large spectrum of flavours from the rather hoppy Road Trip and Hopinator through to the darkly delicious Temptress. The brew kit has moved from the Holgates’ shed into an old hotel in Woodend, which was transformed into a modern brewpub and B’n’B. The Holgate Brewhouse offers pub grub and accommodation just a stone’s throw from the train station.

While lovely, the building is still a little small – the brew kit and bottling line are shoehorned in, where the tight quarters present many challenges. With this in mind, the Holgates have sought – and now received – permission to expand the brewhouse onto the land at the back. With this increased production in mind, they decided a new beer was required. 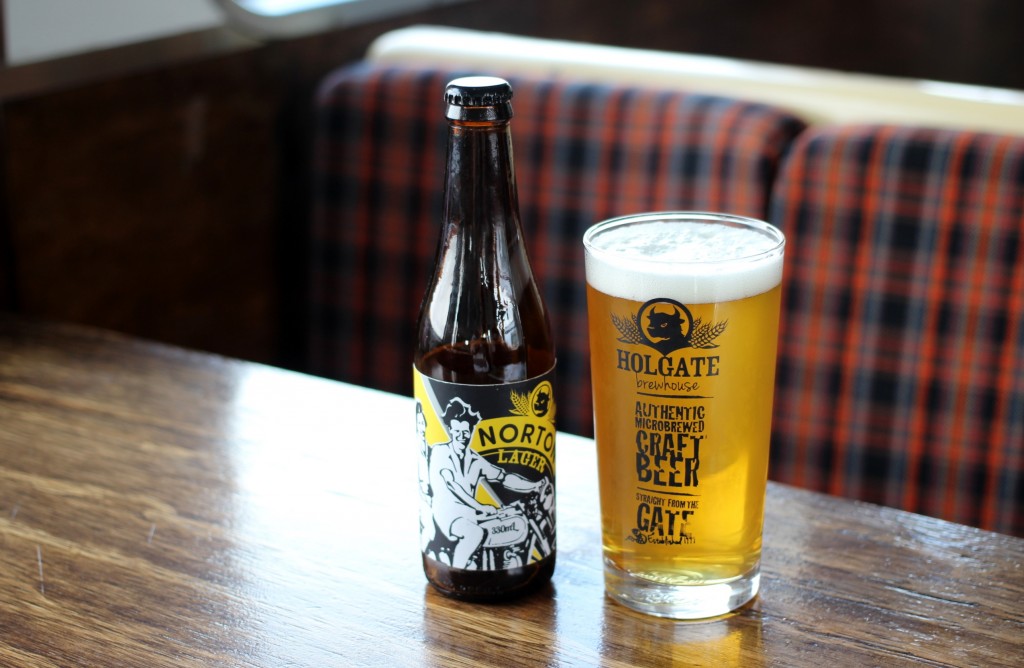 Deciding on a new beer style to add to a stable of popular beers can be difficult – but the Holgates had plenty of inspiration.

“We really wanted another entry-level beer, another really easy-drinking, quaffing summer beer,” Paul says. “Natasha and I were in Germany last November attending a trade show and looking at equipment for the new brewery. We were drinking a lot of the local beers and the main style of beer that they drink is this helles-style lager. We’re there quaffing away at this German helles and I’m thinking ‘this is the beer’. This is the style.”

The beer is brewed with 100% malt (without the adjuncts many of the mass market breweries use) and has some nice Australian dry-hopping at the end, to add the Holgates’ own little twist to it. The lager has just the right amount of bitterness, with a dry finish.

Once the style of beer was decided on, a name was needed.

“Dad was a builder and a bricklayer, he was one of those old-fashioned guys who got in and got the job done,” Paul recalls. “He was a real hero when I was growing up. He took a lot of risks in his life, like coming over to Australia in the mid-60s with five kids and riding motorbikes and that sort of stuff. He also ran his own business. All that probably rubbed off on me. He’s now passed away, but I wanted a nod to Dad for being an inspiration.”

Growing up, all the Holgate kids – another four arrived after the family moved to Australia – knew the stories about their Dad’s Norton motorcycle and the adventures he had on it riding it around England. The label design is a stylised version of a photo of his parents on the famous Norton motorbike. 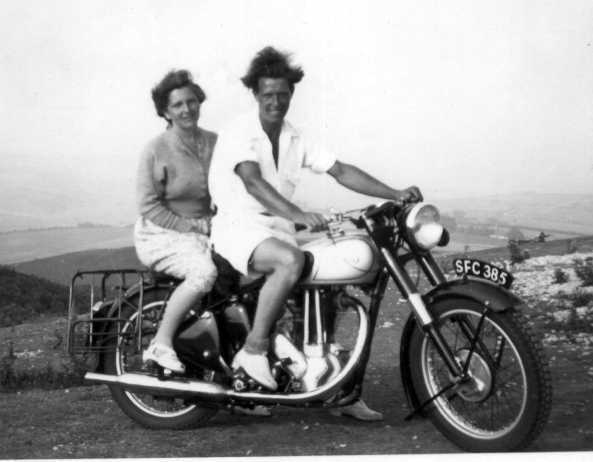 “It’s such a cool old photo, I’ve got to use that on the label,” Paul says and then laughs. “I’m not sure what my old Mum would think about being on a beer label!”

Norton Lager is available now at the Brewhouse in Woodend and will be widely available on tap across Melbourne, Sydney, Brisbane, Perth and Hobart from Friday 4 September. Bottles will be out in time for summer in good off-licences from mid-October.