And, if the venture takes off like similar projects in the US and the UK, Aussie pub-goers could be drinking “Great Barrier Beers” within months.

Founder of the social enterprise “The Good Beer Co.”, James Grugeon, said he was trying to identify ways to make it easy for Australians to support worthy causes when he thought of the “good beer” movement that has seen great success in the US and UK.

“Australians are one of the most beer-loving nations on earth. Yet our beer-drinking dollars go largely to for-profit, multinational companies,” Mr Grugeon said.

“This money could be going to good causes right here in Australia, and what better way to raise money for a good cause than to ask people to have a beer for it.”

The Good Beer Co. has launched a crowd-funding campaign on www.thegoodbeerco.com.au for production of its first drop, Great Barrier Beer, which will see at least 50 per cent of profits go to the Australian Marine Conservation Society. 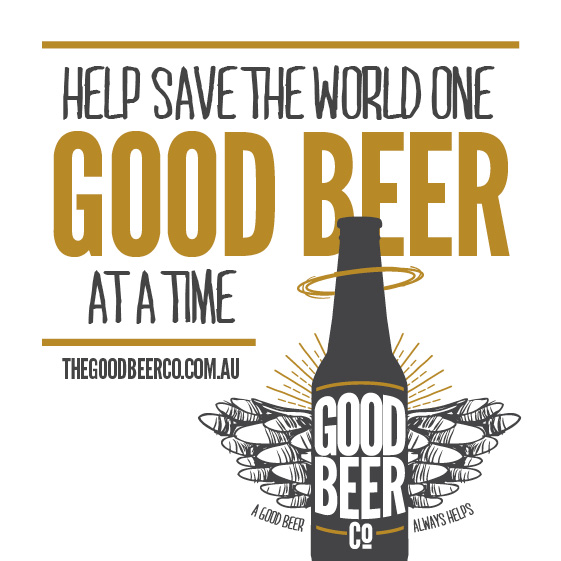 Crowd-funders will get the opportunity to be the first to enjoy its easy drinking beers, and have a say in future beer recipes, labels and causes.

“When establishing The Good Beer Co. with our founding partners, we decided our beers needed to be a quality brew made from quality Australian products, as well as being environmentally friendly through their ingredient sourcing and production,” Mr Grugeon said.

“The Great Barrier Reef is one of the seven natural wonders of the world but also one of the most critical environmental causes in Australia. I couldn’t think of a more important charity to support with our first beer than the AMCS.”

Australian Marine Conservation Society (AMCS) CEO, Darren Kindleysides, said the organisation was thrilled to be a founding partner and the first charity beneficiary of The Good Beer Co. and hoped to see Australians join the movement to drink beer that does good.

“As a passionate environmentalist and a craft beer fan myself, this is an exciting venture. It’s such a refreshingly innovative way to raise much-needed awareness and funds for the protection of our Reef,” Mr Kindleysides said.

“Our iconic Great Barrier Reef is at a tipping point, having lost about half of its coral cover in the past 30 years. Unless we take action now to protect it, the outlook for this natural wonder of the world looks bleak.

“However, by helping to crowd-fund Great Barrier Beer, Australians will be helping to reverse damage to the Reef and protect it for future generations.”

The Good Beer Co. has partnered with the Bargara Brewing Company, in Bundaberg, to produce Great Barrier Beer because of the craft brewery’s commitment to helping protect the environment, its local community and local suppliers.

For subsequent good beer brews, The Good Beer Co. will work with craft brewers from across the country that are committed to supporting important charities.

The Good Beer Co. will work with its charity partners, and other organisations that want to support the company’s charitable causes, to grow a movement for good beer. Each beer will be inspired by and fund a chosen charity partner, who will be selected democratically by its supporters.

The Good Beer Co. crowd-funding campaign officially kicks off on 1 December. Australians can be part of the movement at http://www.thegoodbeerco.com.au/.