Ever found yourself standing in your small backyard wishing you had the room to build your dream man cave? This year’s UK Shed of the Year winner is proof almost any space has the ability to become a backyard escape, writes Zach Broadhurst.

As the Australian population grows; it feels as though our backyards are shrinking. Go to an auction this weekend and find three double story units on a block of land, which used to contain just one house with a big backyard.

I’ve often feared this building trend is signalling the death of every man’s birthright – his own shed –but there is one man all the way in the UK who has given us all hope.

In a smallish backyard in North London, Joel Bird has proved you can still have your dream shed, as long as you are willing to get creative and use every square centimetre of space. 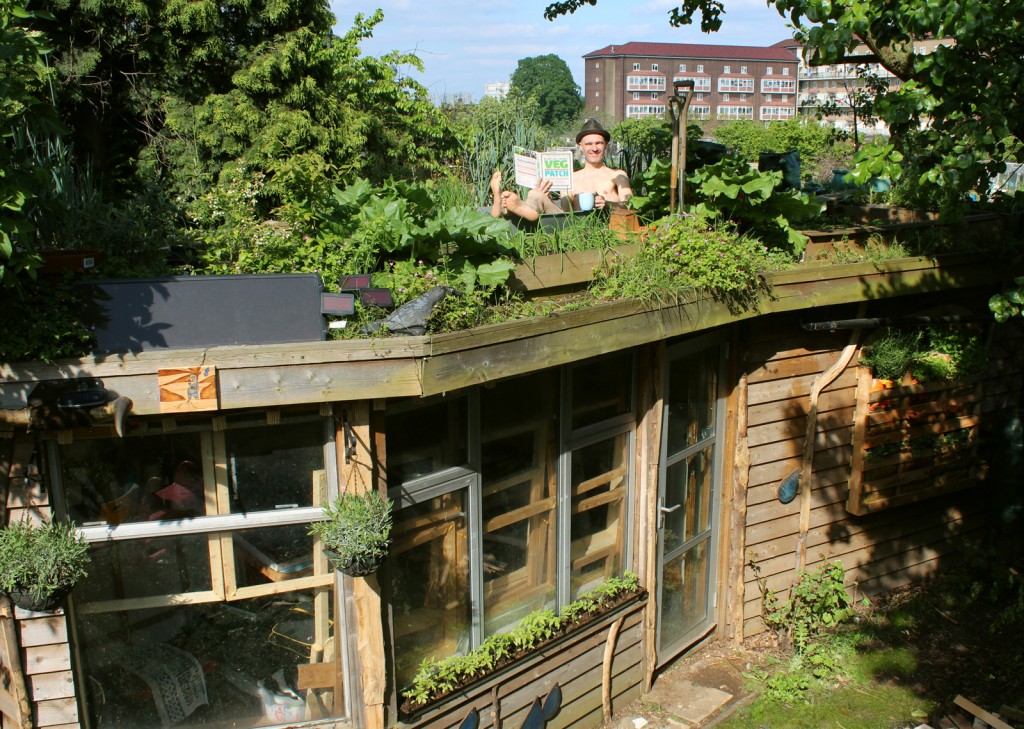 Joel took out the 2014 UK Shed of the Year awards with his brilliant use of space, managing to pack in an art studio, music studio and a space to fix his bike. But it’s his use of the roof as his own little veggie garden that is the most impressive design feature.

“I had a lot to fit in it and my garden was not especially large. I needed two rooms and wanted an allotment space,” explains Joel.

“In London and I suppose in any large city, space is valuable, so it is always important to be efficient. The front section is where I paint and sculpt, the back is a music studio and behind the shed is a little bike work station.

“At the front there is a staircase which takes you up onto the roof and this is perhaps what makes the shed special.  It is full of all kinds of fruit and vegetables; leaks, carrots, potatoes, strawberries, rhubarb, peas, corn and so on. I sit up there and it really is like having a mini countryside – it’s a good stress reliever in a city.”

While being efficient and effective with what little space he has, Joel’s shed is also a great example of how to make an eco-friendly shed on a budget, as he also took out the eco shed category.

“The shed has solar panels which power the lights easily and I have a wood burner to heat the space up in winter. It’s great knowing that when I paint in there I am completely sustainable,” Joel says.

“The actual build had recycled elements like the windows and doors, which I took from my house when I renovated it. I also used old fencing, ripped some logs down for the cladding and the soil for the roof was taken from the footprint underneath.

“The roof itself has an eco element in that we grow our own crops up there. It’s not going to completely replace our weekly shop, but in the summer especially it does keep our shopping bills down. I often work from home and it’s cutting out travel. I suppose it’s all the elements together which give it a true eco ethos.”

The original build of the shed didn’t take long, but like all good sheds Joel’s has grown over time, admitting the rooftop garden wasn’t in the original design plan. 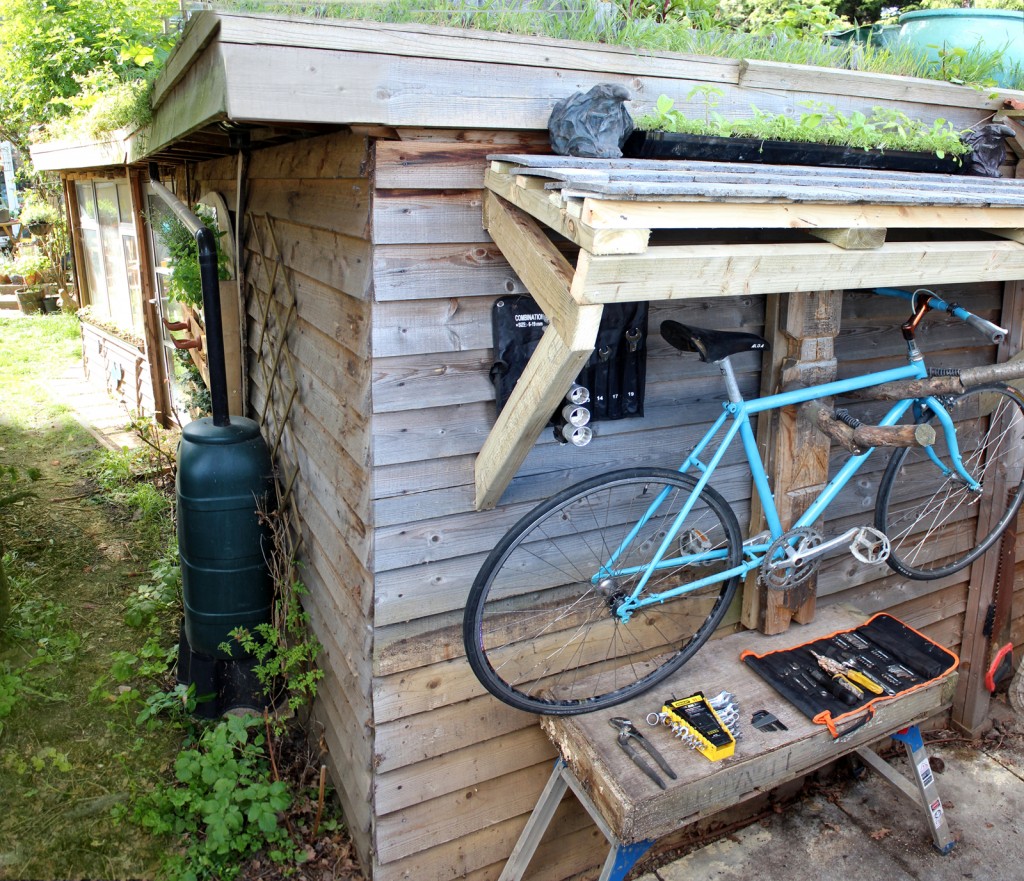 “The main structure of the build only took a few weeks, but I’ve added to it over the years. Originally it had a grass roof and I added the allotment afterwards. A shed becomes better over time; it gets worn in and you add little things – a good shed should evolve to fit you,” says Joel.

And while Joel’s shed may never officially be complete, since its construction, it has changed his life.He now finds himself spending more time in the backyard then inside his own house.

“For me, the best thing about my shed is the fact it makes my life better,” says Joel.

“The shed is where I paint and where I do music. Rather than being a place to escape, it defines my life really. I spend more time in or on my shed than I do in my house and I am a happier person since I built it.” 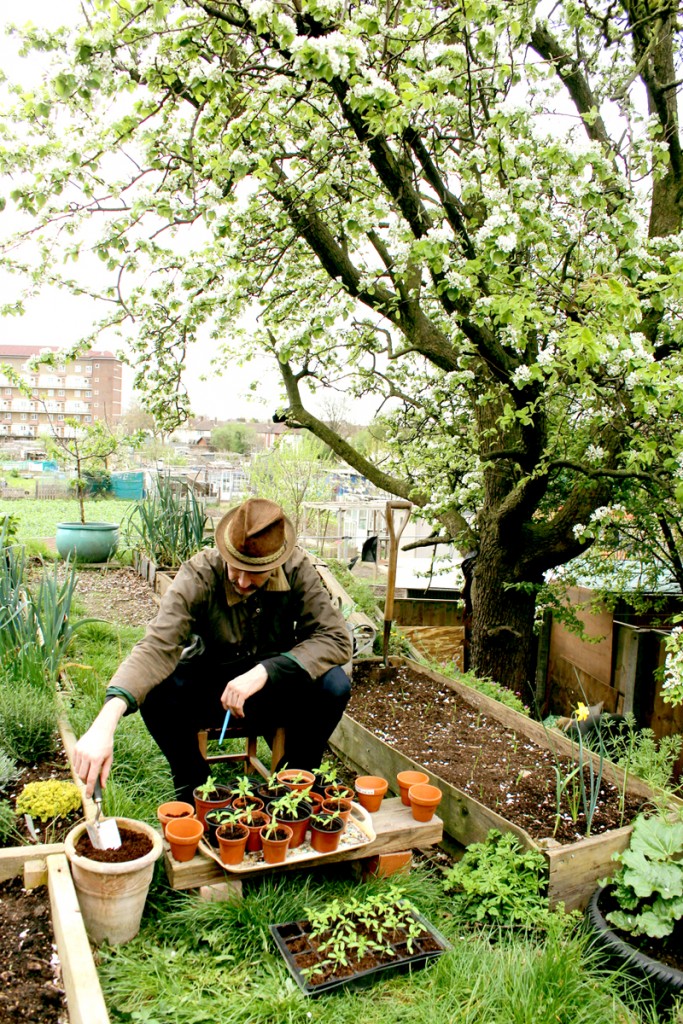 For some men sheds have long been an avenue to get away from the family and hide from it all, which makes the proposal to build one a hard sell to some wives. But with enough motivation a shed can become a very useful tool in fulfilling life long dreams and passions.

“Undoubtedly there is still the element that people need to escape for a while to clear their mind and get away. I’d be lying if I said that wasn’t true for me, but also the idea of the shed is changing now,” Joel explains.

“Sheds are transforming the way both men and women live their lives and subsequently how they see themselves. As an artist, other than the actual ideas, the most important thing is having the space and time to produce work – a shed can be the perfect answer to these problems.
“Without this space a new project or business may never have the chance of getting off the ground. Anyone can do this and for a relatively small amount of money a shed can make a real difference to the way you live your life.”

The £1,000 ($1852.70) prize money isn’t the only reward Joel is receiving for his efforts. He builds sheds for other people’s yards and has been inundated with work since his win, but it’s the chance to inspire others that really excites him.

“Hopefully someone will see my shed and think, ‘I might do that’. I’m keen to show people the benefits of living the way I do,” Joel says.

“I’ve really enjoyed working for others, partly because I had so many requests for builds after the award. I could choose the builds I was interested in and the clients I thought I could work well with. 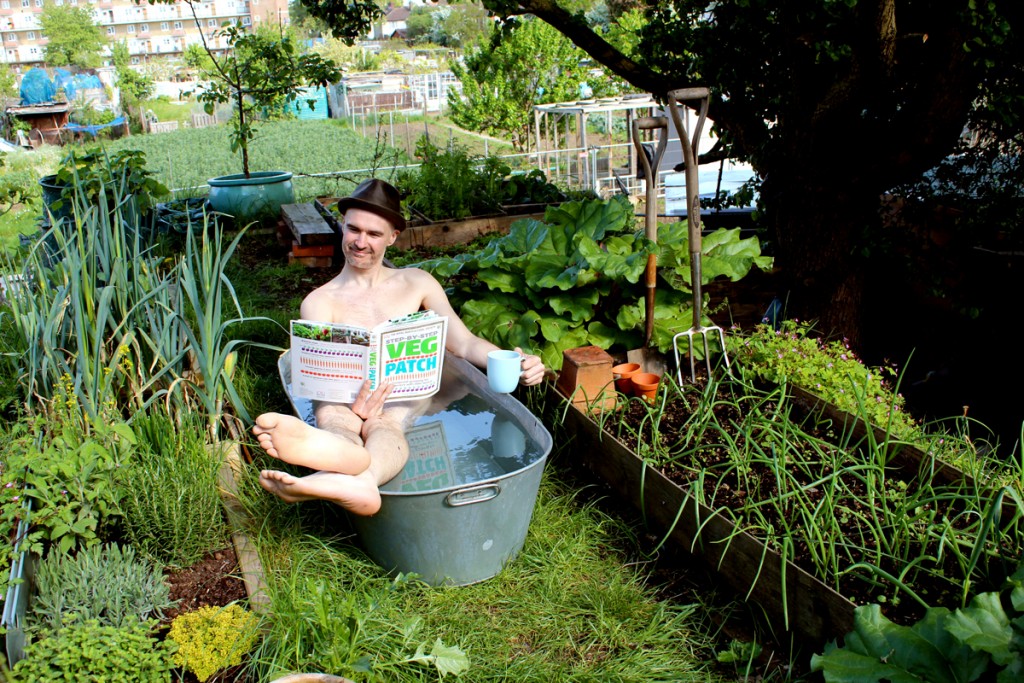 “I’ve enjoyed designing for others and this is something I’m going to move into. You can also learn a lot from working for others. Trying to solve their problems and trying to see things from their perspective teaches you new skills and gives you new ideas.”

For all the readers staring into their yards and wishing there was a little space out there to be productive, or to even just get away from it all, Joel has some great words of wisdom before you rush out with a hammer and nails.

“Before you start, write down what you want to use it for and what will go into it. It’s not worth being a few centimetres or inches out and not being able to fit something in because of an error. That can ruin the whole thing,” explains Joel.

“You have to think seriously about how it’s built. If you’re building something like mine, with all that weight on the roof, you need to get advice to make sure it’s built properly. But ultimately don’t be scared. Have a go. Lots of people I talk to are always talking about doing it but always put it off. A shed really can make your life better, simple as it is.”