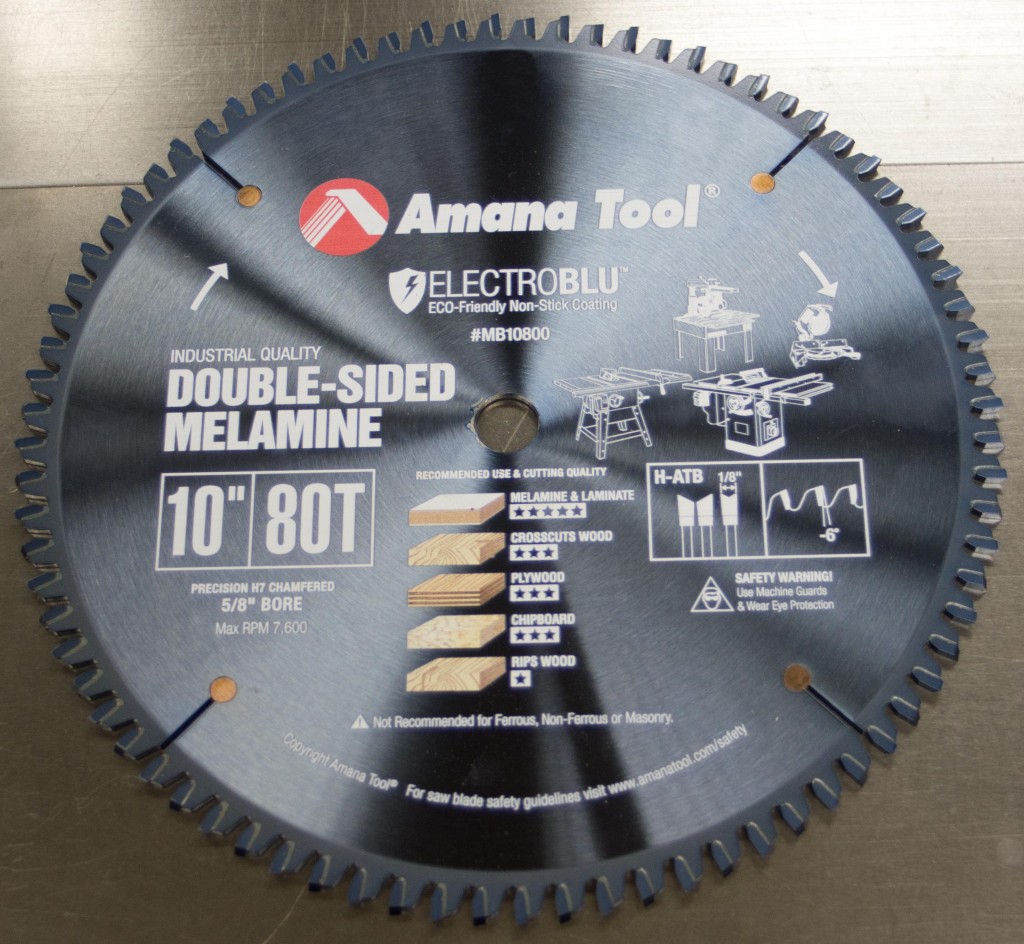 Those who have the Double-Sided Melamine Blade (MB10800) from Amana Tool don’t have to accept any compromise in the finish.

Whether you are a professional cabinetmaker, or want to make or repair something at home for the kitchen or bathroom, the one material that catches out many people is melamine.

It may have a lot benefits, but it is also particularly brittle. When cutting it, this brittleness can cause real problems. On one side of the board, the blade is slicing through the melamine into the core, and it cuts easily and neatly. On the other side however, the blade is punching out through the melamine, and this is when it tends to shatter, rather than cut, leaving a rough edge.

Have a look at the inside of some of your kitchen cupboards, and see if the edge is clean, or chipped. A professional workshop can cut melamine on large panel saws that have what is called a scoring blade – a small diameter blade that does a partial depth cut before the main blade cleaves the board. This small blade is there simply to cut the melamine cleanly.

Most home workshops can’t afford a large panel saw, so they accept the compromised quality of cut.

However, those who have the Double-Sided Melamine Blade (MB10800) from Amana Tool don’t have to accept any compromise in the finish. It is a serious blade, and it also happens to be seriously … well … blue.

It’s quite a stunning looking blade, but we will get to its looks later. Function is, after all, much more important than looks. Good thing this blade has both.
It has four straight expansion slots to minimise heat distortion, with copper plugs. The copper plugs are used for vibration absorption, and to block up the holes at the end of the expansion slots – both of which decrease operational noise. The holes themselves are used as a crack-arrestor as they reduce the stress at the end of each slot.

The straighter the blade (in how it is manufactured, how accurate the teeth are ground, and the less warping/distortion caused by heat), the better the cut. This, combined with a tooth profile especially designed for melamine, results in a remarkable cut. 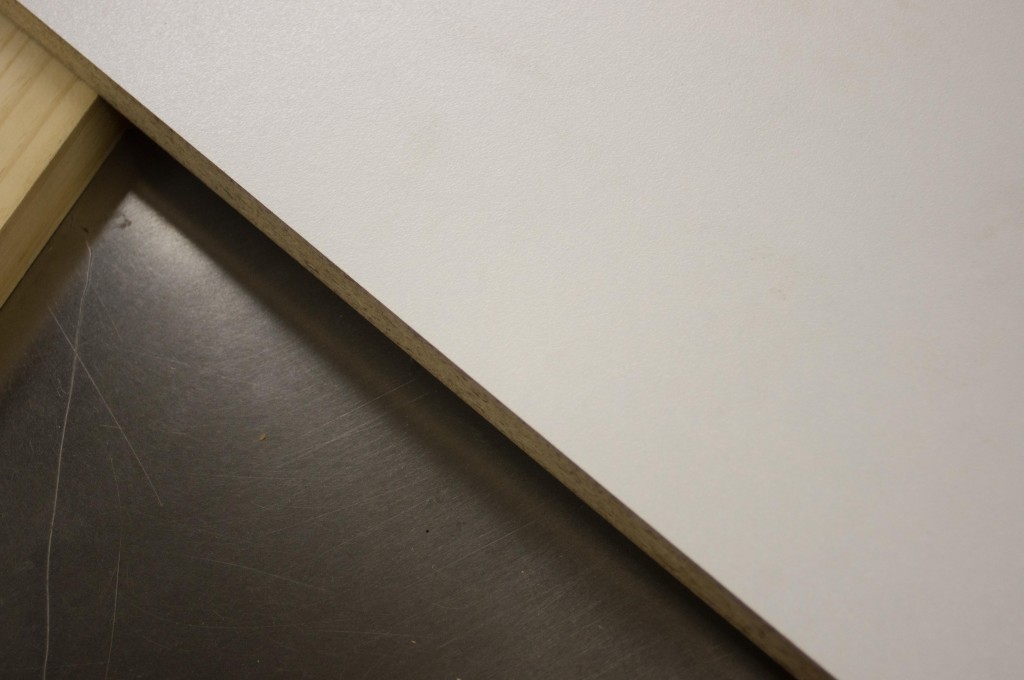 The edge, on both sides of the melamine, is as clean in close-up as it appears in the photos for this article. It is a beautiful cut, and that aptly demonstrates the quality of the blade. Getting this sort of result on both the top and underside of the cut is remarkable.

The blade is also very good for crosscutting, whether that be soft or hardwood. The finish is near shiny, and showed negligible to no breakout of fibres at the back of the cut.

Ripping was harder – being an 80 tooth blade there is only a small gullet between teeth, and where that is fine for crosscutting, it is insufficient for clearing waste and the long fibres created during a rip cut. It is still achievable, but you have to cut slow – but that risks burning the timber, overheating and distortion in the blade. Even so, a shiny cut was the result! Good enough to go straight to a finish, or one final light sand. 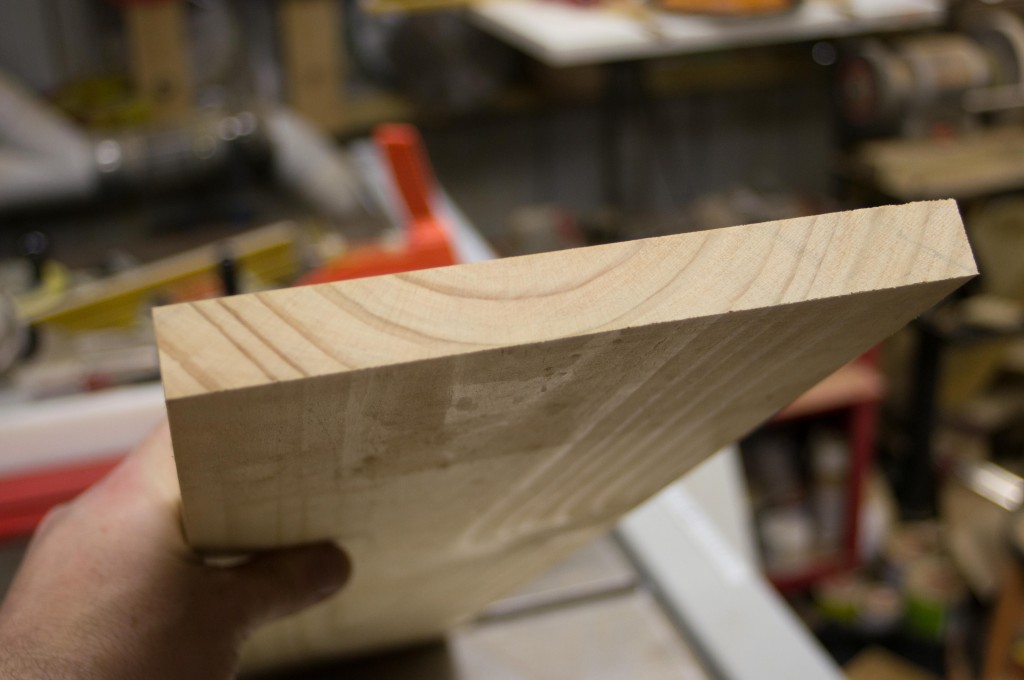 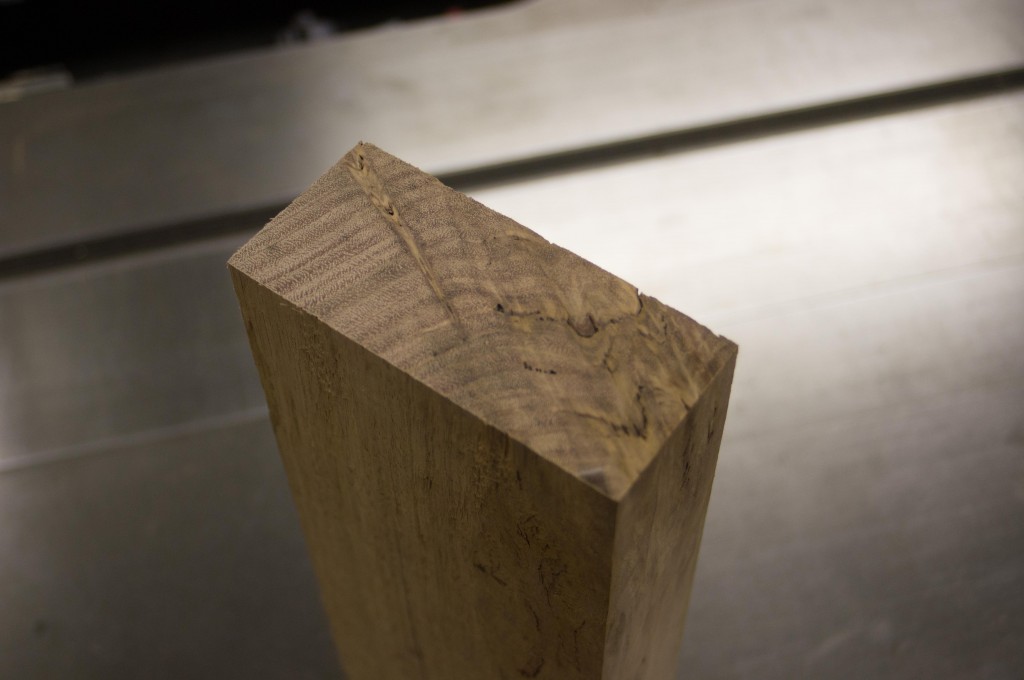 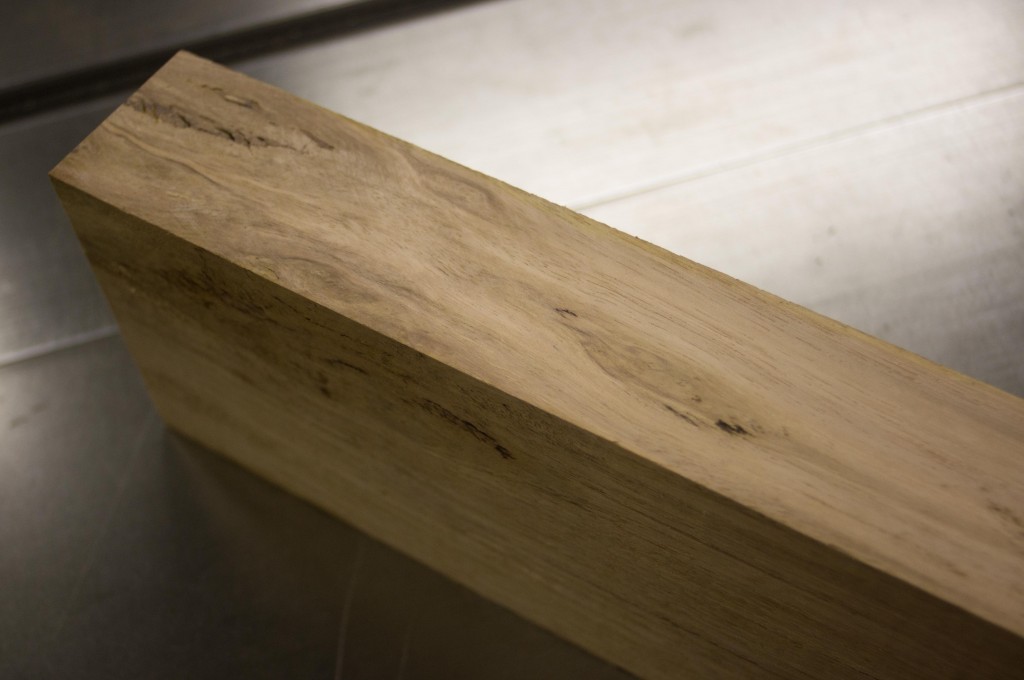 But why is it blue? The blade is finished with a new process, called electro-bluing. It is a smooth coating for the blade, replacing the Teflon-like finishes of other blades. It has only been available since September 2012. This micron-thin coating is claimed to reduce heat build-up, and the accumulation of resin.
So this is the MB10800. A double-sided melamine blade which really cuts the mustard….and the melamine.

Available Toolstoday.com or ask your local hardware store to source the blade.