Trending
You are at:Home»Hobbies»Collections»Two-wheeled wonders

The bicycle has remained one of the most popular modes of transportation in the world, having survived centuries of mechanical development. Dimi Kyriakou speaks to the man who appreciates this simple fact the most – bicycle enthusiast James Macdonald – about his collection of over 200 bikes that, quite literally, have become a part of the furniture.

What do you do when you run out of room in the house for your collection of choice?

Easy. You lift the house up eight feet, of course.

Well, this probably wouldn’t be the best solution for every man out there – and you’d most likely cop an earful from your better half if you even suggested it, let alone completed the task without some form of consultation – but, it was the perfect answer for James Macdonald of Toowoomba, Queensland. 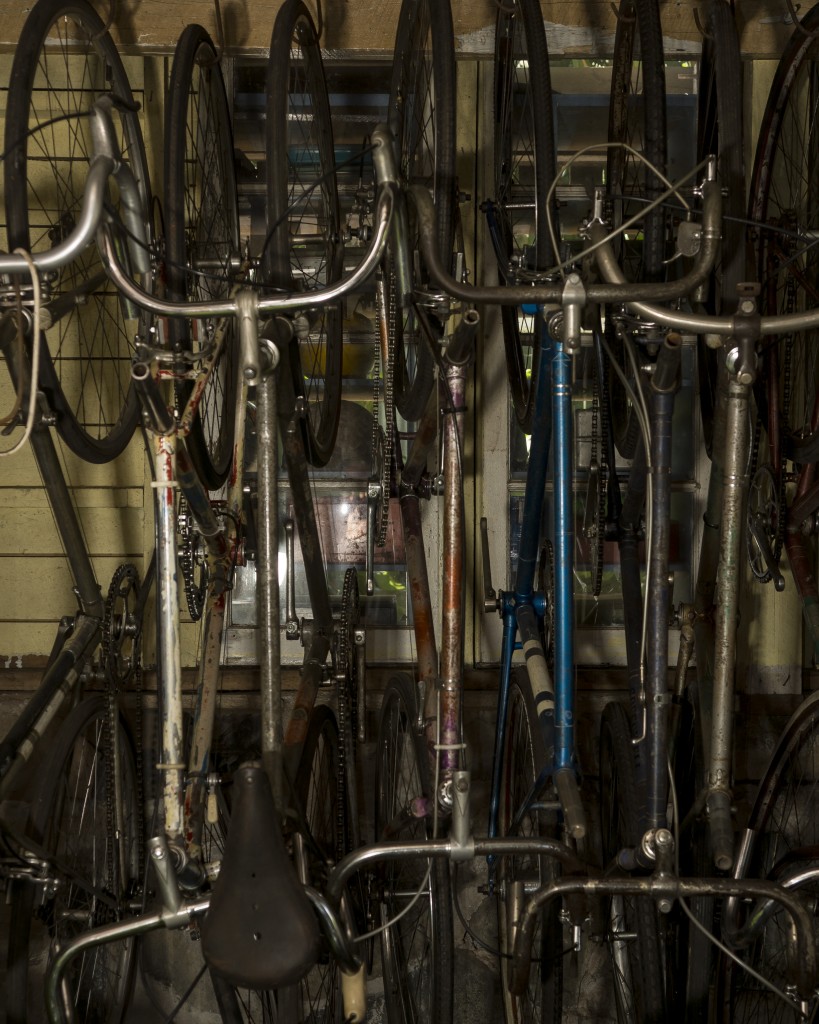 At the time, James was a motorcyclist who struggled to find enough space to house his two young children and 50 or so motorbikes. His decision to lift the house effectively doubled the space available to him, which was a very wise move because the 50 motorbikes have since been replaced by around 200 bicycles of all shapes, sizes and ages.

“All of my stuff has been sourced in Australia and I don’t have the internet, so I’m a traditional collector who takes what he can get and is satisfied when you don’t find anything, which is most of the time. Nowadays, if you want to collect you just get on the internet, punch it all in and it arrives in the mail. Whereas the traditional collector goes to swap meets and comes home disappointed; you go to op shops and never find what you want. But when you do, it’s something special.”

His lucky break, however, came when the Canberra Bicycle Museum closed its doors in 2010.

“I started bringing bikes home from the museum, when they were going through their stock. When the museum decided to close down, I was there at the time and bought the majority of what I wanted, therefore turning what was a very large but mediocre collection into an outstanding historical collection.” 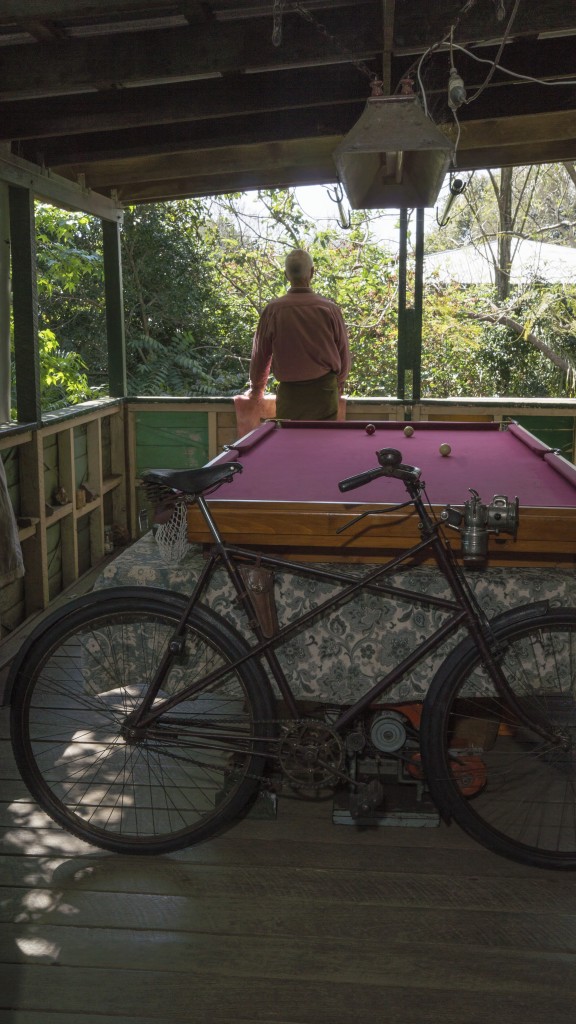 And what an outstanding historical collection it is. The best part is that James has essentially made the entire house his man cave.

He lives in a very open weatherboard home surrounded by trees in a typical residential street in Toowoomba. His passion for bicycles isn’t confined to these four walls either; it seeps out to the bicycles hanging up on the verandah, all the way to the street where his old Bedford truck is permanently parked. The truck sports a brightly painted placard behind the cab that reminds drivers of the one metre clearance space that should be given when sharing the road with cyclists.

The large workshop downstairs is the full size of the house and the result of lifting the building in the early days to make room for his motorbike collection.

This space now plays host to around 60 bicycles that he rides frequently, or are otherwise too big to get upstairs.

James’ decision to knock out all the internal walls upstairs means you can see north, south, east and west from wherever you stand in the house. All the windows are open and although there are bicycles galore, the setup is nothing like the cluttered space of a hoarder. Every object has its place – even the 35 bikes tucked neatly in and around the insulation in the roof cavity. There are others hanging from the ceiling or parked on the floor of the bedrooms, otherwise they are distributed around the table, chairs, beds and benches throughout the house.
“The pioneer bicycles are the ones that I really care about. I’ve got about 30 bikes that are pre-1900; the oldest one is a French bike from 1869,” James explains.

“I’ve also got a lot of Australian bicycles, including a very good Melbourne Star collection and a very good racing bike collection, going through the whole century.

“I try to keep everything in its original condition simply because I prefer the bicycles in their worn, tattered, original state, which from a historical point of view is a superior machine anyway.” 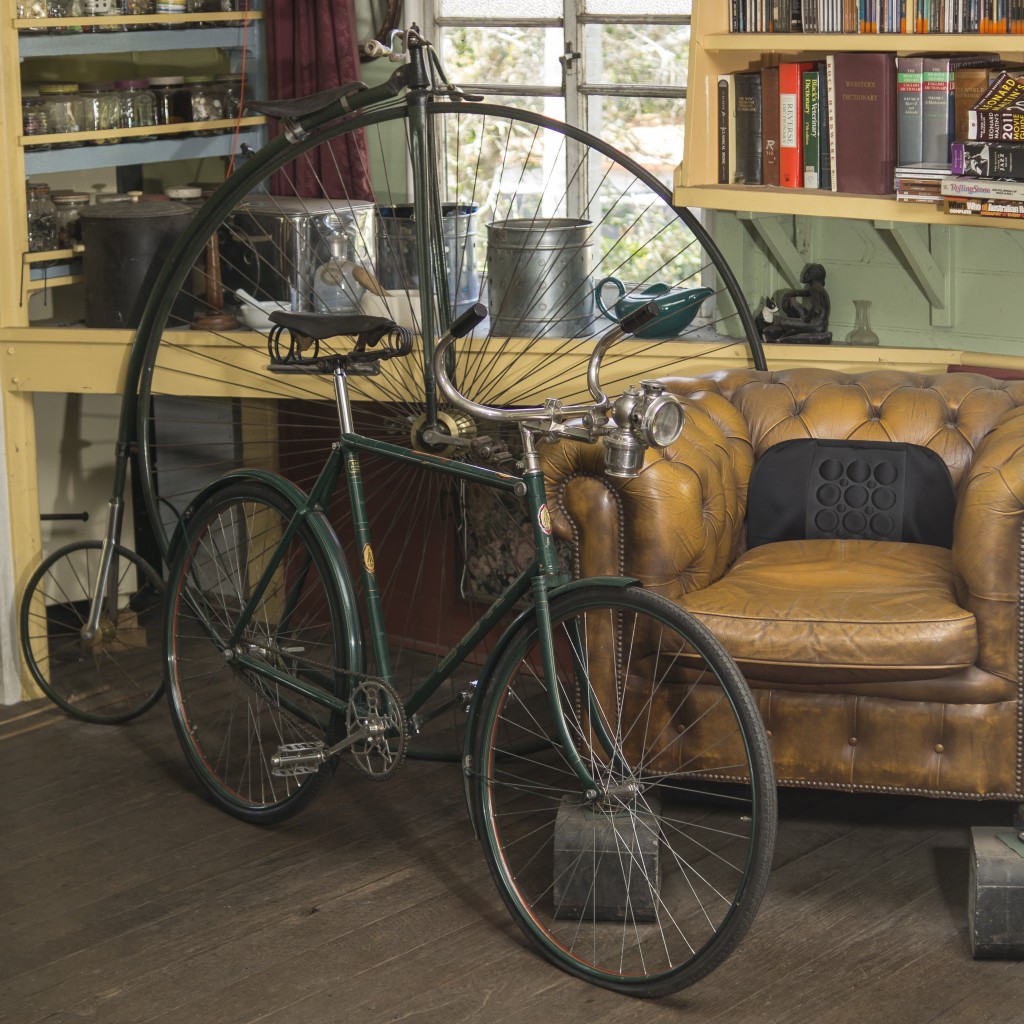 There are penny farthings, tricycles and three wheelers from the turn of the century onwards. Then there are the books, bicycle parts, quite a few collectibles and even more bikes and books scattered throughout his reasonably clean home.

While the bicycles do form the bulk of his furnishings, it’s clear that James likes to collect a little bit of everything with a little bit of history. The fridge, stove and telephone can trace their roots back decades, sometimes as far as the early 20th century. The only exception to this rule is the digital television.

“It all fits into a cosy little house with plenty of room and nothing is in the way,” James says simply. “I’ve given a fair bit of thought to how I can fit as much in; how I can have as much space as possible. All I’ve got is tables and chairs and beds. There are no cupboards or wardrobes, which just suck up space. Everything else is built on shelves and benches.”

Unlike others who have a prized possession within their collection, James does not play favourites with his bicycles, likening the thought to “having a favourite child”. He recognises the bicycles are just lumps of steel and metal, but it’s what they represent that is most important.
“Everything is tied up in a bicycle – engineering, art, philosophy, aesthetics. I passed up a lot of early bikes that I would have liked now in my collection, but the reason I didn’t chase them at the time is because I couldn’t ride them.

“The bikes that you can ride sensibly and get some use out of are really all late-1800s onwards and they’re the ones I’ve got. 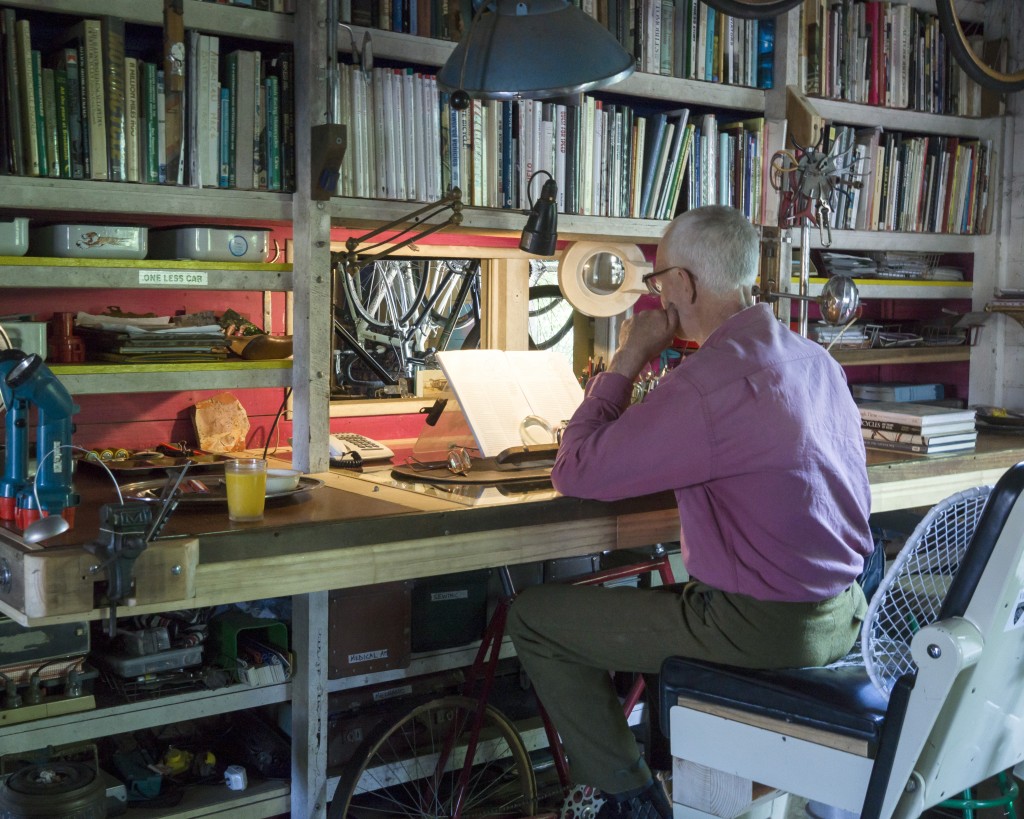 “Most are in working condition and I take them out every now and then to ride them. That’s the whole purpose of having them and one of the reasons for buying stuff from the museum – in a museum you can only look, whereas I wanted to play, I wanted to ride, I wanted to fiddle with the bicycles. So I can do all of that by owning them. The difference with my ownership is that they’re in the house. They’re not in a shed, they’re not hidden away; they’re part of my environment. They’re beautiful objects so why shouldn’t they be?”

The impressive collection is not only for James’ benefit, either. While he has built up a reasonable circle of people who share his passion for the bicycle – there aren’t that many out there so it can be a bit hard to find one another – he does encourage others to make contact. He predicts this general interest could grow in the future (much like it did for classic cars and motorbikes), particularly with the advent of more quality books and information on bicycle history being published.

“We’ve had millions of bicycles in this country, but most of them have been turned into scrap because no one valued them, no one appreciated them and no one put them aside. The ones that I have in my collection are the rare survivors.

“We need them for the future generations to see that this was a big part of Australian history. Most of the younger generation think that we’ve all been driving cars since the 1930s, whereas back then the only people with a car was the policeman and the doctor. Everyone else had a bicycle. 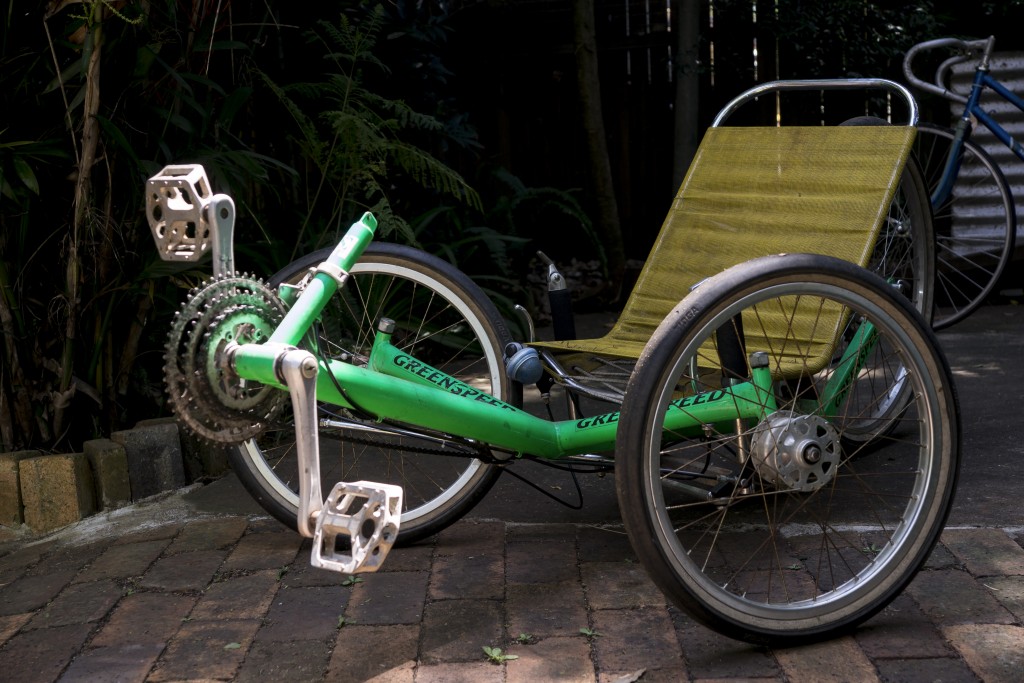 “So I’d like to see the bicycles used as a form of education. People recognise that this is one of those perfect inventions that isn’t going to go away. It offered the solutions 100 years ago and it still offers those same solutions now.”

Perhaps British author H.G. Wells best summed up cycling’s promise more than half a century ago:

“When I see an adult on a bicycle, I do not despair for the future of the human race.”