Street art is very much in vogue. Having moved from the underground firmly into the mainstream over the last decade, street art has become a beloved and recognised art form that can be thought-provoking, compassionate, political, humorous or shocking. 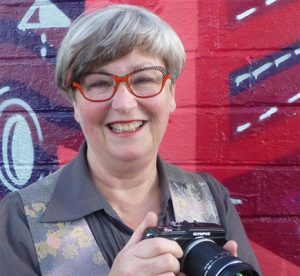 We spoke to photographer, author and street art lover Lou Chamberlin, who for more than ten years has been chronicling Australian and international street art, giving readers a greater appreciation of the role street art plays in the cultural life of cities around the world. With that in mind, some of her favourite examples of the medium are scattered throughout this piece for your viewing pleasure.

Lou’s just released her fifth book, Urban Scrawl, which documents some of the world’s most interesting street art words and typography. It’s a fantastic read and would be the perfect coffee table filler for your space – with works that inspire you, challenge your beliefs or simply just make you laugh. 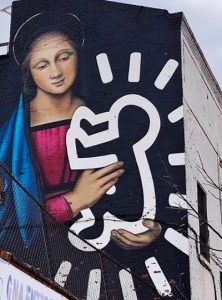 “Owen Dippie (@owendippie) in Williamsburg NYC. I love the combination of the Renaissance masterpiece by Raphael and the baby inspired by street art legend Keith Haring” – Lou

The collection follows four earlier books – Burn City, Street Art: International, Street Art: Australia and Street Art: Melbourne – which “looked at the whole gamut of street art across particular cities, countries or internationally, so in Urban Scrawl it was really nice to hone in on one particular aspect of the art form and look at it more broadly, to explore one feature of street art around the world,” Lou said.

“I think Urban Scrawl looks at the way that street art isn’t only something beautiful, but most of the time, if not all of the time, there’s a message as well. That message is in the mind of the artist and might only be about beauty. However, there can also be messages that can be interpreted in a number of ways because they have text involved. Even text messages can have multiple interpretations,” she explained.

Perhaps one of the most fascinating aspects of the book is observing how the written messages reflect similar themes whist varying dependent on context.

“It was interesting seeing how the messages across the world are often on a similar theme but are presented in a totally different manner. So issues – such as love for example – are totally international, they are universal but are dealt with in different ways in different cities,” Lou noted.

“Political messages vary greatly from one country to the next as they depend on the level of political unrest and crisis. In some countries such as South Africa and South America political messaging is very gutsy. Artists who put anything up about politics are taking a risk, so it’s very short. It’s to the point. Whereas here in Australia we are a much more open society so our political discussions are more free and far more playful.” 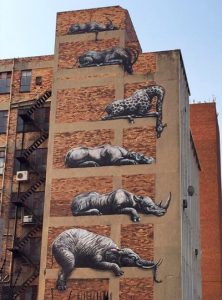 “Roa (no IG gallery) Roa paints animals from the locations where he paints them. He is incredibly prolific and has painted a number in Australia. There are still a couple at Healesville Sanctuary. This one is in Johannesburg” – Lou

Lou also discussed her personal journey from Melbourne street art enthusiast to globetrotting traveller searching for the world’s best ‘burners’, the pieces so hot they’re ‘burning’ off the wall.

A forty year career as a high school art teacher and textbook author provided the perfect basis for Lou’s new vocation, as she was already a keen observer of the art world in her home city.

“All of a sudden, probably during the mid noughties, street art started happening on the streets of Melbourne. I’d seen it in other places but it really came to the fore here. So as I was going to galleries I was seeing it on the street and it sort of became a slow progression from my interest in observing art moving settings from the galleries to the street.” 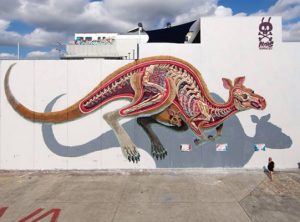 “Nychos (@nychos) painted this ‘Dissection of a Kangaroo’ in Melbourne 18 months ago. Awesome in scale and concept” – Lou

She quickly became passionate about the emerging art form. “I love the way it’s there for everyone, I love the way you can be driving and “oh my god!”, you’ll see something out of the corner of your eye that is really fun, that’s very appealing,” she explains energetically.

“I love the way that you are exposed to an enormous variety of art on the street. In Melbourne, for example, we’ve got a plethora of fantastic street artists and their styles are so different. You can walk down one lane and see the work of three or four artists whose work is just so different but who collaborate in a space. So I think it’s the variety, it’s the beauty, it’s the unexpectedness, it’s the openness.”

It’s one thing to be a fan of your local street art scene and another thing entirely to travel the world documenting the exploding scene. Lou credits her husband’s business requiring regular international travel and her retirement from teaching in allowing her to pursue her passion. 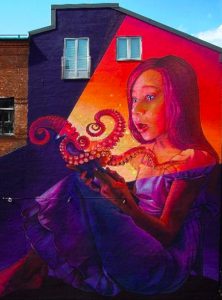 “Natalia Rak (@nataliarakart) is a Polish artist. Her work is always created with intensely saturated colour. This wall is in Malmö” – Lou

However, it was a trip to Rio de Janeiro that sparked her interest in broadening her focus beyond Australian street art.

“When I went to Rio for the first time about twelve years ago the street art had really exploded there and was just so vibrant. Rio was the first city that really opened my eyes to street art, apart from Melbourne obviously. I made a print on demand book about Rio (street art). Then the next year we went to the safe South America, to Santiago and I made a couple more books. Then I came back and thought AHH I’ve got to do one for Melbourne!”

Lou’s contacts in the art education publishing world allowed her to make contact with a publishing house. She quickly received a contract, assisted by her self sufficiency as she lays out all the books herself. From then on, each successive book flowed on from the one before, contributing to an overall mission to raise awareness and deepen readers’ understanding of the medium.

“I’d probably say firstly I’d just like people to become more aware of street art and secondly whilst I don’t know if people read the captions, they can create more of an understanding of what the artist is trying to do and the context that the work was created in. So I think for me it’s exposure, exposing it to people. I also thoroughly enjoy meeting the artist, researching their work and connecting with people around the world who are very involved in street art because there’s a very strong community and it’s not difficult to break into it.” 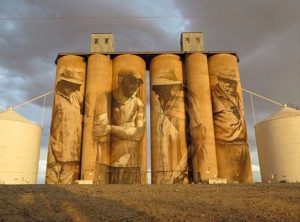 With street artists being commissioned to do more work than ever before, Australian cities are increasingly home to an abundance of street art, with some murals up to 20-storeys high. If you’re keen to get out into the new age gallery – your own city – in search of the hottest street art, we asked the expert. 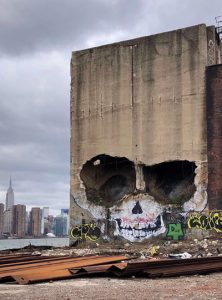 “@suitswon – I spent half a day finding this site in Brooklyn. Such a clever idea” – Lou

Rest assured this is one enjoyable hobby, with Lou finding the energy to do her “serious street arting every Sunday from six thirty “thanks to the absolute joy of seeing the street as something more interesting than just a grey backdrop and finding things that I know are out there that I haven’t seen yet.”

Lou suggests following the artists on social media such as Instagram, staying up to date with street art websites and signing up to a street art tour as knowing where to look is always a great place to start. This is especially true as one of the most fantastic parts of the whole experience is seeing the artist at work – with an increasing amount of public space, such as Melbourne’s iconic Hosier Lane, now designated as a free space for artists.

“I’d say get out there and walk around with your camera or phone. And have a good pair of walking shoes and sun hat,” Lou said laughing.

Act quickly – in the street art world nothing lasting forever is a given due to the uniquely transitory nature of the medium. Although as Lou notes, that might just be the best part.

“I think it keeps people on their toes because there’s always something for you to look at. If you look at the number of people going up and down Hosier Lane it’s incredible, it changes so quickly. Something put up on a Tuesday is gone by Wednesday morning.” 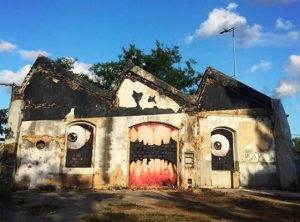 “I fell in love with this building makeover by Tasso (@tasso_maclaim) and Case (@case_maclaim). So wonderfully creepy” – Lou