Sports recovery for me was something that, prior to moving to Australia, was all about moving as little as possible or trying to have multiple hot showers in the days following a heavy exercise session.

As a field hockey goalkeeper, most recovery sessions involve every inch of me being in pain due to diving around the ground like dolphin without the water…

I’ve used a couple of massage guns over the last few years and found them good for getting in at little niggles here and there, including Therabody’s own portable Theragun Mini.

But when I was offered the chance to test out the RecoveryAir compression boots, I jumped. Or, at least, stood up rather enthusiastically…

The company lauds its ease of use and simplicity, and really, it couldn’t be any easier. You simply slip your legs into the sleeves, plug them into the main operation unit (which is battery powered) and away you go. 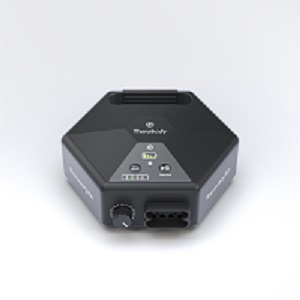 Well, there’s more to it than that but it’s still pretty fool proof.

Once you’re secured into the boots, you can play with some settings on the main device – you can decide how long each full expansion lasts before deflating, how long your session will be, and most importantly, what pressure the boots hike up to.

It starts at 30 and amps up to about 100, which I refer to as the ‘mother of god, get these things off me’ setting…

From there, the wearer reaps the benefit of intermittent sequential pneumatic compression – basically vibration therapy for blood flow. The way it works is that when the boot compresses around your leg, it squeezes out the bad blood and in deflating allows room for good blood to flow back in from the heart.

There was a certain novelty factor to the boots in my house (and ancillary visitors) and I think, over the course of the trial period, we all had a go at them despite varying degrees of activity during lockdown.

The trick to using the boots is to avoid tingling in the legs – if that happens, you’ve got the pressure up too high and should dial it back a notch. The boots should be tight but comfortable for best usage.

Where I found them most effective was after a fitness class – a new venture that my flatmate and I tried out – which left me, for want of a better phrase ‘broke up’ afterwards.

After struggling to climb the stairs of my apartment, the ones at work, (even climbing out of the car was a struggle) I slapped the boots on one evening in the living room and set them for a 30-minute session, rising the pressure from 30 to 40, 50 and levelling out at 60. Any higher than that made me feel like I was about to float away, feet first.

The next day, I felt noticeably looser in the legs. The stairs, while still nursing a bit of a twinge, didn’t seem quite like Sisyphus’s hill anymore. 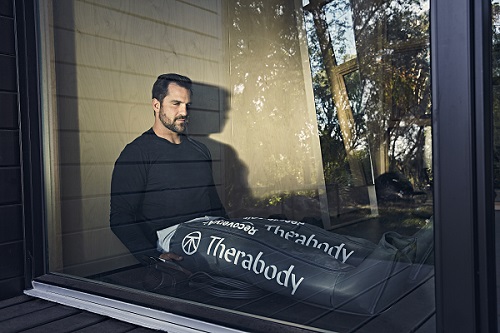 The team at Therabody stress that you can pop the boots on and continue working but I found them a little restrictive in terms of slotting under a desk, and preferred to be simply stretched out on the couch or bed while using them.

At nearly $1,000 for the standard RecoveryAir device (just over $1,800 for the Pro device that comes with added functionality and wireless smart control), it’s a bit of an investment and probably one that is more likely to be scooped up by the serious athlete or gym fiend, even though my soon-to-be 35-year-old body would probably benefit more from it!

It’s a nifty piece of kit and, for the serious athlete or, alternatively, as an investment for a sports club, I would say it is well worth a look.