Psychotherapist, an experienced clinical counsellor and relationship therapist Dan Auerbach addresses the question, ‘Why are Aussie men so angry?’

Do you have a short fuse? Do you get easily fired up? Anger may be just the tip of the iceberg, a sign there’s a deeper issue at play.

With October being Mental Health Month, it’s not surprising that mental health is front of mind at the moment.

Australian men are stereotypically laid back, with our “she’ll be right” culture making it hard for some to admit that they’re not. Indeed, many of us disguise our mental health issues with smiles. But just as often, mental health issues can present as bad tempers, angry outbursts and irritability. 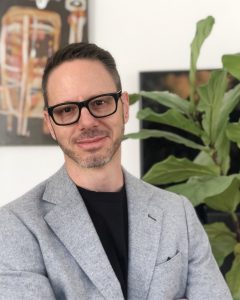 As director of a network of therapists that receives hundreds of enquiries each week from people seeking help, I recently made a startling discovery when reviewing data for the most common concerns people mention when calling to book an appointment.

Considering anxiety and depression are the most prevalent mental health issues in Australia, I would have expected these concerns to be at the top of the list. But of all the callers coming to us for professional help each day, the majority were seeking help for another issue: Anger management and the majority of those callers by far were men. And what was really surprising was that the frequency with which people enquired about anger management outstripped both depression and anxiety by nearly two to one.

As a practising psychotherapist with more than 20 years’ experience, I’m aware that anger itself is not a primary mental health condition. It’s a symptom, not an underlying cause. It is, however, a symptom closely linked to depression and anxiety.

Is being angry really more acceptable than being depressed?

What worries me is that despite some of the powerful awareness-raising campaigns in Australia, many of us are unable to identify that we’re experiencing anxiety or depression, or we are hesitant to admit it.

In some segments of Australian culture, it seems to be more socially acceptable to be aggressive, have a short fuse, or be prone to road rage than it is to be depressed. Mental health conditions, like depression and anxiety, are often much more private and simmer under the surface for years before these secondary symptoms like anger rear their ugly heads, causing serious personal or relational problems.

Can we admit there’s something more going on?

Research has revealed that stigma, embarrassment, and problems with recognising the symptoms of anxiety and depression, are the biggest barriers that prevent people in Australia from seeking help.

Finally, after years of interpersonal issues, men will call us, often because someone else has prompted them to do so. For example, they’ve had a blow-up at work, a fight with their partner or someone has called them out for their behaviour. In some instances, their anger issues have even resulted in legal charges against them.

Some go their whole lives dealing with symptoms related to anxiety and depression, like irritability, constant worry or feeling generally frustrated at life. These issues can be so entrenched that they think it’s a core part of their personality, rather than a condition that can be treated. Sadly, many believe it’s just part of being a man.

Australian culture is made up of many different subcultures, all with different ideas and attitudes towards mental illness. Campaigns like R U OK? Day are fantastic because they spark up these important conversations, but there are still large segments of our society that aren’t being reached or who simply fail to identify with the message.

As R U OK? Day and Mental Health Awareness Month approached this year I thought, maybe it’s time to shift the message. Maybe we need to be asking more than R U OK? We need to be asking, R U often frustrated? R U worried all the time? R U angry most of the time? But more than that, we need to share our own feelings with our friends and family.

With all the challenging things going on in the world right now, and with Mental Health Awareness Month upon us, there’s no better time to start these conversations. If each of us can help to normalise talking about our underlying emotions, fears and vulnerabilities (not as weaknesses but as reality) more people may find the courage to admit that they’re actually not okay.

When people can both identify and admit that they’re not okay, it’s the first step towards getting the support they need. And on the other side of that support can be a vastly better quality of life.

Dan is the founder of Associated Counsellors & Psychologists Sydney (https://www.counsellingsydney.com.au/).