Trending
You are at:Home»Hobbies»Collections»An Audible Affair

Former AFL player, now turned mental and physical health coach and ManSpace TV presenter Brett “Moose” Stephens, has a collection you might just like the sound of.

It has been said before that sports stars die twice, the first time at retirement. To dedicate ones youth to training and performing at an elite level, making thousands of sacrifices along the way, and enjoying the highs and lows, to then one day be faced with what most call ‘the real world’ is a pretty tough pill to swallow. It’s no wonder then that so many retired athletes succumb to depression and other debilitating mental health states.

It seems almost ironic then when a retired athlete can inspire other elite sports men and women during the peak of their powers. And to turn that into a successful career, for decades after retiring from the spotlight themselves, is pretty remarkable. 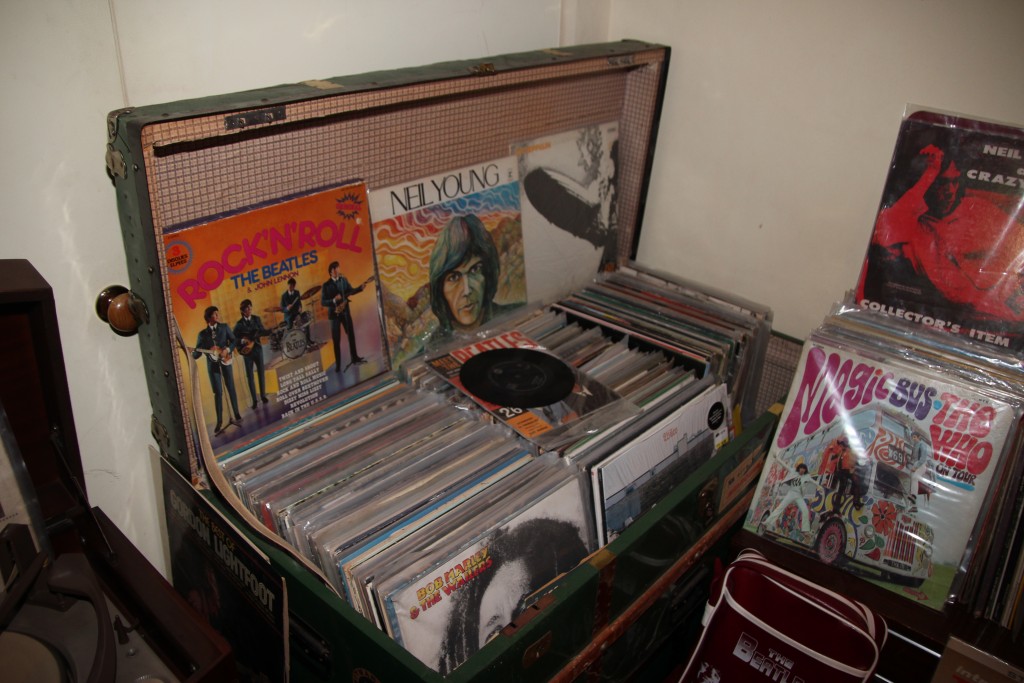 Brett “Moose” Stephens is a former AFL/VFL player who, at his sporting prime, played for Fitzroy Football Club in the late ’80s and early ’90s. After retiring from footy, Moose became involved in the international tennis circuit, taking up the role of mental and physical trainer for the likes of Pete Sampras, Mark Philippousis and his eventual wife, Cara Black.

This stunning career move saw Moose travelling the globe with quite a bit of down time between matches and the like. Having a passion for music meant he spent many hours in record stores, flea markets and antique stores, all in search of the one format he just can’t stop listening to music on – vinyl.

“Between travelling on the road for some 20 years, I remember coming home one day, asking my brother where my old record collection was. I looked through them all and realised quite a few were missing.

That seems to be the way most collections begin. One or two turn into 20 or 30 and it becomes hard to stop. His collection extends far beyond vinyls though and it’s hard to gain a full appreciation for all of his amazing collectibles as they are spread over three buildings on his amazing property in Victoria’s Mornington Peninsula. 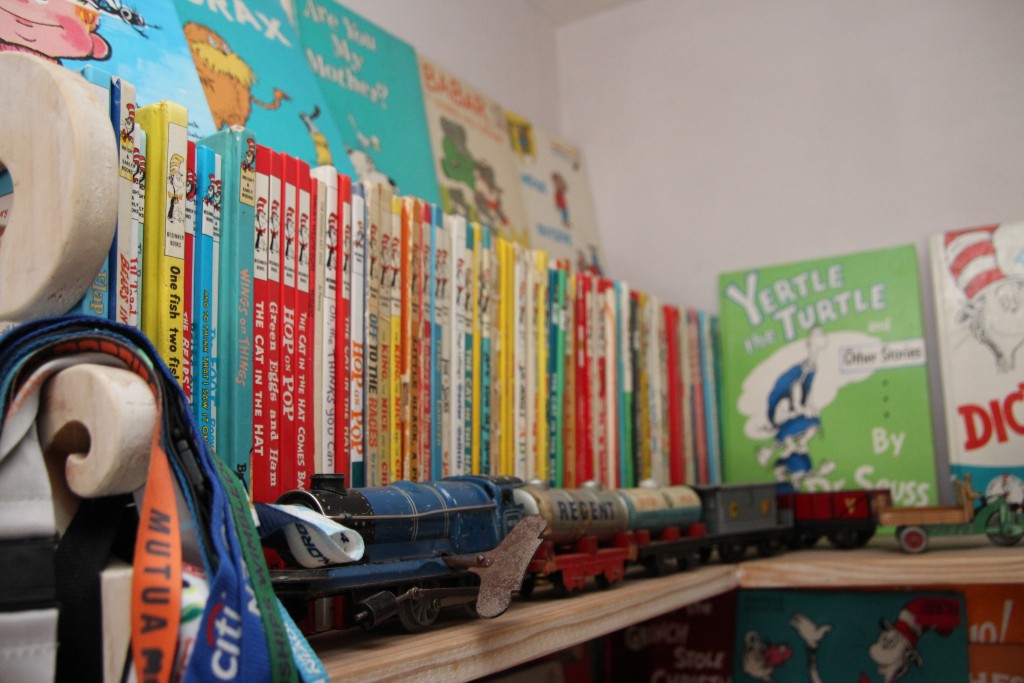 There are numerous old radiograms, retro heaters and cookers, tea trolleys, jugs, paddleboards, art… the list goes on. While taking us on a tour of his property, it became obvious that Moose was bitten by the collecting bug pretty hard during his globetrotting days.

“With all the spare time I had while on the road, I started looking for second hand record stores in places like New York, London and L.A. It became an ‘on the road’ hobby I guess. When I’d go to London for Wimbledon I’d always make an effort to check out the Wimbledon trash and treasure, and if I’m honest, I was more pumped for that than the tennis,” he laughs.

“Most record stores were pretty hit and miss, but I found a lot of amazing bargains around the place. Plenty of rarities too. I used to bring back 50 vinyls at a time in my carry-on luggage. It was always funny walking onto a plane, pretending my bag wasn’t heavy,” he smirks.

“My record collection has been collected from all over the world so I’ve got Japanese pressings, US pressings and European pressings, all kinds really. It’s interesting too, from going in all the second hand stores, you start to gain an idea for the value of things so when I’d see something that I’d seen in an antique store for say $200, that the second hand store was selling for $2, I’d have to grab it.”

With so many vinyls and an array of artists and styles in his collection, it’s hard to fathom that he can recall where most, if not all, were found.

One of his best and rarest finds is a Beatles album cover that was only on sale for one day before being banned.

“It came out in the States in the ’60s but was only on sale for one day. It features baby dolls with meat and gained the moniker: ‘The Beatles Butcher Doll’ cover. The estimated worth of one of these that hadn’t been pasted over is $20,000.”

While Brett’s copy had been pasted over, he was still chuffed with his find. 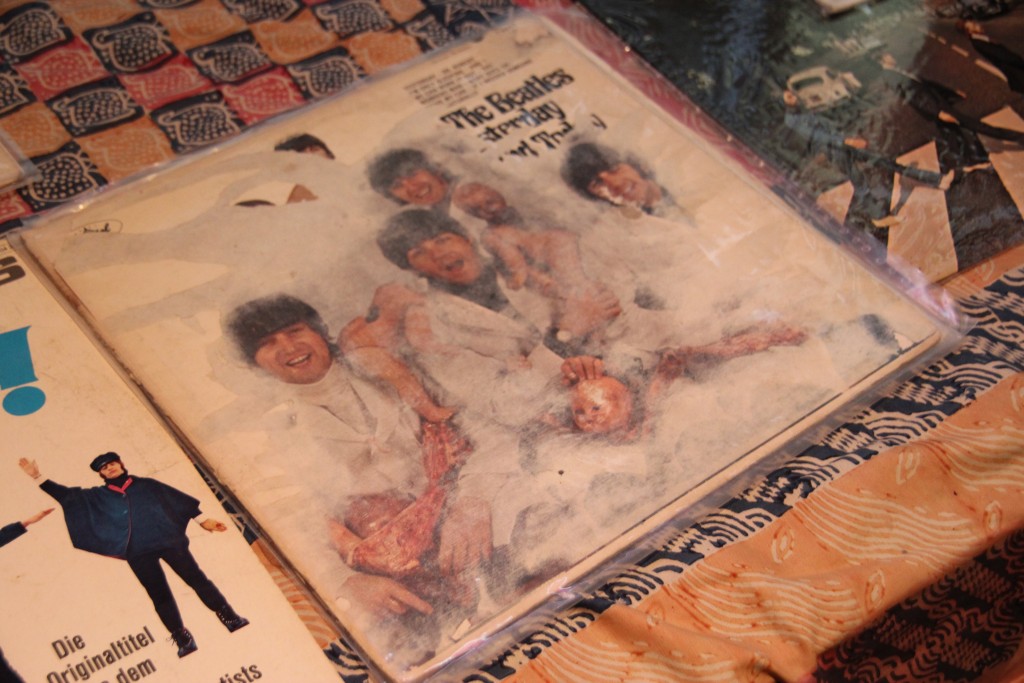 “I always wanted to find one and even though I knew I wouldn’t find one that hadn’t been pasted over, it was the hunt that had me most excited. This one was found in a pawn shop in Palm Springs. I went in, asked the bloke if he had any records and he directed me to a pile that were going for a dollar each. You can imagine my reaction. ”

While The Beatles are unmatched as collectible items, Moose is a massive Neil Young, Johnny Cash and Bob Dylan fan.

With such a veritable collection of vinyl, radiograms and portable record players, the ultimate goal for Moose is his very own music room once the rebuild of his house comes to fruition. Some of his other collectibles might not make the cut though…

“My wife isn’t a huge fan of all the things I collect so if the old kitchen accessories and antiquities don’t suit the re-build, I’ll have to sell or trade them. Collecting can get out of control so I do trade some of my stuff with other collectors and shops. It’s a good way to get rid of some doubles and things I’ve grown out of while gaining something new (to me) and exciting. 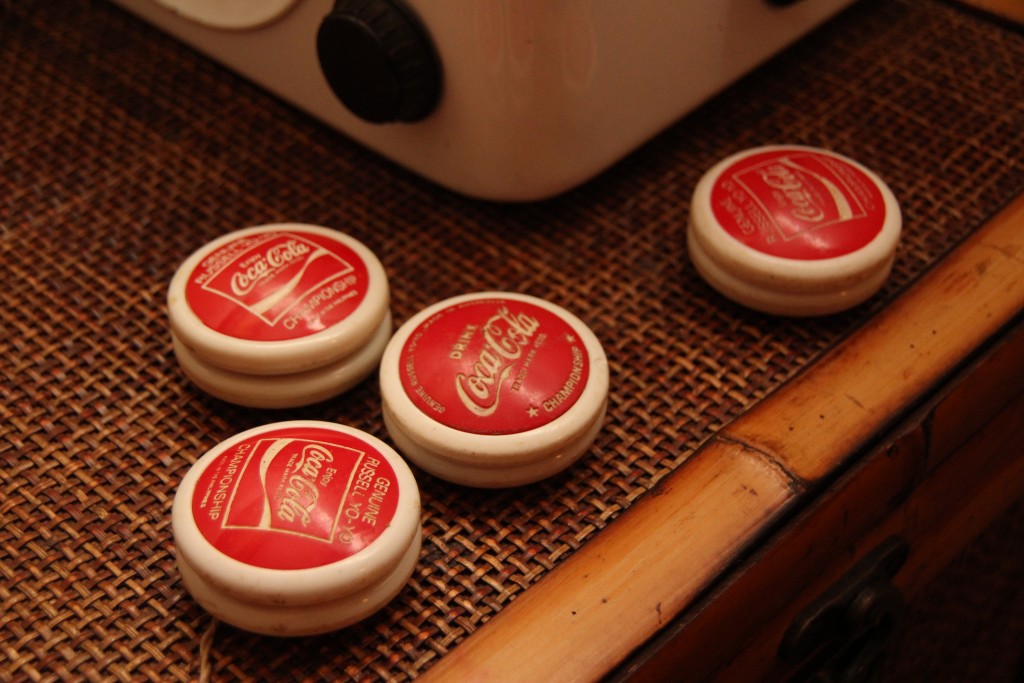 “My ultimate goal is to have a big music room with all of the shelving for my vinyls adorning the walls. That’s what I’m most excited about.”

If he takes the following advice that he passes on to his clients, then we’re confident he’ll have his musical wonderland in no time.

“Anything is possible, but it’s not just going to happen. If you keep presenting your best effort though, you never know.”