Many years ago, when someone would ask me what I wanted for Christmas, I would typically answer: “Surprise me.” (Even at a very young age I was very non-committal.) Unfortunately, one year that backfired on me when someone close to me gave me a box and shouted “Surprise!”. The box was empty… and stayed empty – it apparently wasn’t a joke.

I learned my lesson. These days, I am incredibly specific with what I want. So, below are a few of the amazing tech devices available to the market that I would be more than happy to receive.

When I got my first job at the age of 15, I developed a nasty habit of spending my entire pay packet every week. I didn’t want to save. No, I wanted things. AV things (and alcohol things, but that’s a different story).

And the first thing I bought was a ‘massive’ 34cm TV, followed shortly after by a 6-Head VCR. Within a few years I had amassed a collection of AV equipment that I really had nowhere to keep.

Then, when I was 17, Apple launched the iPod and, to be honest, I couldn’t have cared less. To me, it wasn’t the same as listening to my hi-fi equipment, but all of my friends insisted that I had to buy one. So I went to JB Hi-Fi to check them out. 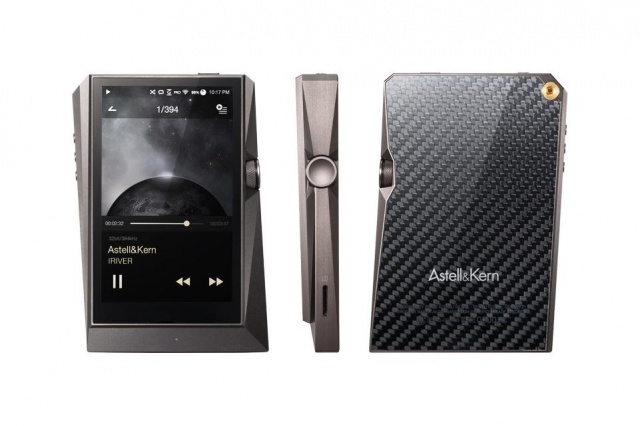 At that stage I didn’t really know anything about digital audio. And I didn’t want to spend the money on something I didn’t really want. That’s when I saw the iRiver H10. It was on sale and it looked so much nicer than the iPod.

I bought it and, within weeks, we were inseparable. A few years later, though, I had to convert to an iPod so I could review the incredible number of iPod docking solutions that had become available. I was reluctant to make the change and I have had fond memories of the H10 ever since.

Now, the company behind the iRiver is dedicated itself to developing high-end portable music players. Most recently, it launched the AK380, which carries a price tag of around $A5,500.

I know what you must be thinking: A $5,500 portable music player is a bit much to ask for. And you may be right; but, if I don’t ask then I have no chance of getting one, right? But if that’s a bit extreme for your tastes, then the Kyron Kronos loudspeaker systems will just about finish you off.

At around $80,000, the Kyron Kronos system is, hands down, the single best audio system I have ever listened to. Yes, there are some other great systems out there that are hard to fault – the Sonance Visual Performance Series, Quad’s ESL range and Steinway Lyngdorf’s Model LS immediately come to mind – and there are other Australian-made loudspeakers that are a lot more affordable (e.g. Lorantz, Redgum and Whatmough), but there is something very special about Kyron’s offering. In fact, it’s almost romantic. 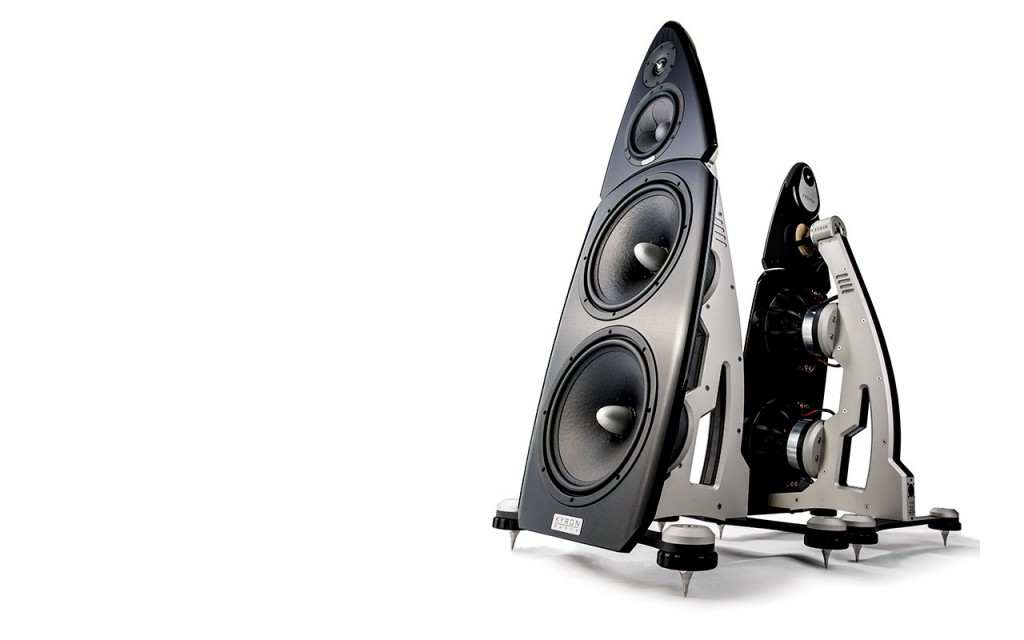 A direct descendent of the company’s flagship Gaia system, and without as hefty a price tag, the Kronos features the same lack of colouration that Gaia is well-known for. The sound quality of the two models is almost indistinguishable.

The Kronos employs customised and hand assembled woofer drivers, mounted on the back of the motors to reduce vibration and improve dynamics. A low distortion, high excursion midrange driver has been used, as well as ring radiator tweeters.

Additionally, the Kronos includes DEQX powered signal processing capabilities, which is responsible for linear-phase crossovers, time alignment, frequency response correction, phase correction and room correction. Being able to correct the frequency and phase of the output ensures that what you hear is as close as possible to what was recorded. The signal then travels through Kyron Audio’s proprietary dipole correction electronics that allow the woofers to be used without a box.

The Kronos system is powered by six channels of extremely low distortion power amplifiers, capable of producing a total of more than 2,500W of power. The amplifiers are directly connected to the speaker drivers, with only speaker cable in between. This gives the amplifiers complete and exacting control over the movement of the speakers, allowing precise starting and stopping of the signal.

I suppose I should be more realistic from here on out. But that doesn’t mean I’ll compromise on quality.

For the past several years, Sonos has been slowly building a niche market within the already niche market of multi-room audio. And while Sonos is a fantastic product, in the past 18-odd months, a large number of competitors have entered the market.

Perhaps the best of these systems is HEOS 7. Properly known as ‘Heos by Denon’, this is a system largely developed in Australia (the networking side, anyway). 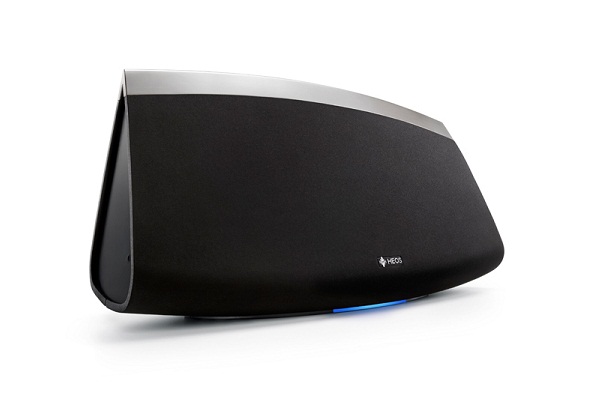 The speakers, amp and receiver all feature both an analogue input and USB socket. This material can be streamed to any of the other speakers on the same network (up to 32 devices are supported on the one network). The amp and receiver pre-amp also feature optical digital inputs, allowing them to be useful TV amps. They also can share this content throughout the system.

The devices can be grouped together by means of the app using intuitive pinches on the control screen and volume levels can be adjusted individually or all together.

The wireless data flows work on standard home networks, with both 2.4GHz and 5GHz bands supported, although proprietary technology is used to optimise performance. In particular the locally developed wireless network technology has improved synchronisation between the speakers by up to three orders of magnitude compared to some competing technologies.

About seven years ago, I came into possession of a Yamaha RX-V3800 AV receiver, which at the time was a top-of-the-line device. Over the pursuant years, the technology that was included in the V3800 has systematically become mainstream.

Don’t get me wrong – it’s still a great receiver, but it doesn’t have any streaming capabilities. And now Yamaha has gone and released its new MusicCast system and I am envious.

MusicCast allows users to share any audio source to any room. Whether listening to your favourite music streaming service, TV programs, CDs or even vinyl records, MusicCast makes it possible to enjoy all content in any room. 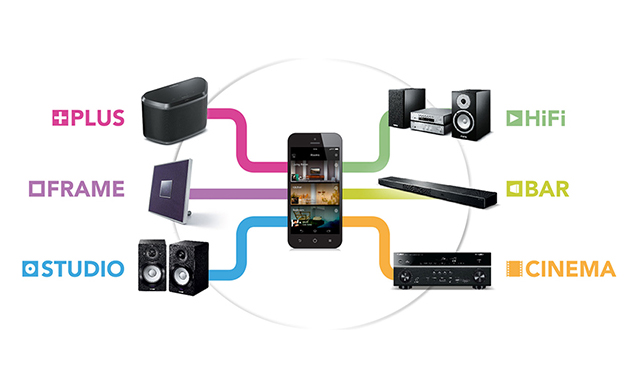 The notion of streaming music to multiple rooms is not a new one. However, the ability to do so from any audio device via HDMI, digital, USB, network or analogue connection is a distinct advantage.

A new WiFi Xtend network has also been custom-built to transform each MusicCast product into a WiFi extender, delivering maximum network strength throughout larger homes. In addition, Airplay and Bluetooth connectivity is included with the ability to also send music to existing Bluetooth devices – regardless of the brand. Any Bluetooth speaker (or headphones) in turn has the ability to join the MusicCast network.

The final thing on my list this year is something quite near and dear to the hearts of many ‘70s and ‘80s babies. It’s not technological in any way, nor is it all that modern. It’s Bruce Samazan. 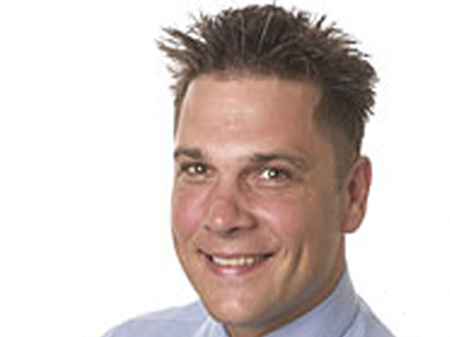 There is nothing else in this mixed up world that would do more to bring people together than the triumphant return of E-Street’s Max Simmons to TV screens around the nation.

Come back, Bruce. The world needs you.