Before construction has even begun, New Jersey Motorsports Park’s Phase II Exotic Car Garage units are almost sold out with a waiting list already started for Phase III from buyers beyond New Jersey to New York, Pennsylvania, Delaware and even D.C.

To a true car fanatic — someone who lives to collect, show or race — owning a trackside garage at a top motorsports club is a driver’s fantasy, and distance is no object. Even those that live two or more hours away seem unfazed as they weigh the benefits of housing valuable vehicles in a built-to-order, secure Exotic Car Garage (ECG) at the nationally acclaimed New Jersey Motorsports Park (NJMP), which offers units facing one of two renowned road courses and the newly opened NJMP Speedplex High Performance Automotive and Motorcycle Service Facility. 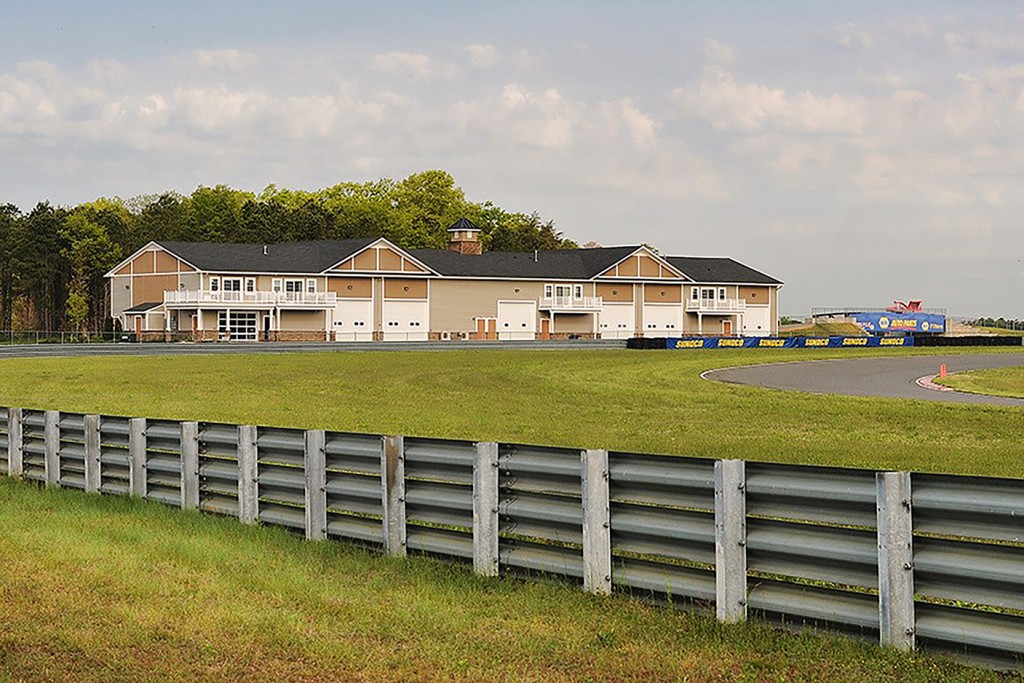 Steve Tullman of the TWR Racing Team, majority ECG owner, NJMP Driver’s Club and SCCA Member says, “The convenience of not trailering racecars to the track is fantastic.  NJMP isn’t far from my home in Pennsylvania, and because it’s near Ocean City, I can also take my family to the beach.”

One reason for the flurry of ECG sales could be the recently added complimentary one-year Drivers Club membership for new purchases made within 30 days. Soon-to-be owners will be privy to an ever-increasing selection of NJMP amenities and attractions —Clubhouse, luxury pool, pub, top-notch restaurant, paintball field, major karting complex, on-track driving instruction, season passes to races, VIP event invites and other exclusive privileges. NJMP endeavors to be a full-scale entertainment destination and has held private experiential events for prospects titled “A Day in the Life of an ECG Owner and DC Club Member,” which have drawn many interested parties.

“I’ve been to many tracks with private garages and the options NJMP offers are unmatched.  It’s an inexpensive investment for all you’re getting,” says Tullman.

Another key to the success of NJMP garage sales may be total customization to the buyer’s design. There’s virtually no limit to the possibilities and most owners have taken full advantage with enhancements like mezzanine lofts overlooking car collections, full-length bars, 180-degree decks, and even floor to ceiling windowed garage doors for maximum views of the famous Thunderbolt Raceway.   Others are planning home theaters, office spaces, wine rooms and designer sound systems.  NJMP partners with custom specialists who help transform ECGs into personalized castles for cars, or any motorsports toys.  With square footage ranging from 1000 to 8000, enthusiasts can store anywhere from 4 to 32 vehicles.

If prospects worry they won’t use a private ECG often enough to make it worth the investment, then they can share it with car club friends or driving team members. Some say just knowing it’s there gives them a rush.  But, when they do use it, they get the most out of it—showing, maintaining and running cars or motorcycles, entertaining friends and clients or watching races from private balconies.

According to Yiani Galanos ECG owner, “If you’re a car guy, this is the closest to heaven you ever get.”

It’s devotees like these who’ve spread the word that a motorsports heaven on earth exists. Phase II purchasers weren’t willing to risk missing out on the next ECG development and inked deals long before ground was scheduled to break.

“Phase II is just about sold out, so we’ve begun taking reservations for the next phase, which will feature open walk-ups,” said NJMP COO Brad Scott.  “We have enough acreage to build many more (hundreds of) units.”

Why the rush on NJMP Exotic Car Garage ownership from surrounding states?  Scott believes, “It’s because we fulfill a growing need for a garage home away from home, coupled with a versatile entertainment experience and total immersion in the ideal motorsports world that car lovers crave.”

So much so, they’re willing to cross state lines to get it.