When most people hit their 60s, they begin to flirt with the idea of enjoying post working life – retirement can’t come soon enough. Extended holidays, time with the grandchildren and buying that car that they’ve always dreamt of driving… it’s a nice thought isn’t it?

Kicking and screaming while being dragged from the workplace for the final time isn’t a scenario that too many people can see themselves in, yet for Squadron Leader Phillip Frawley, that’s exactly how he pictures his departure from the Williamtown RAAF base when he hits 65 in a few years time.

The 61-year-old received official recognition from the Guinness Book of World Records for being the oldest active fighter pilot in the world in October 2012. It is an accolade that he is still suitably chuffed about receiving. 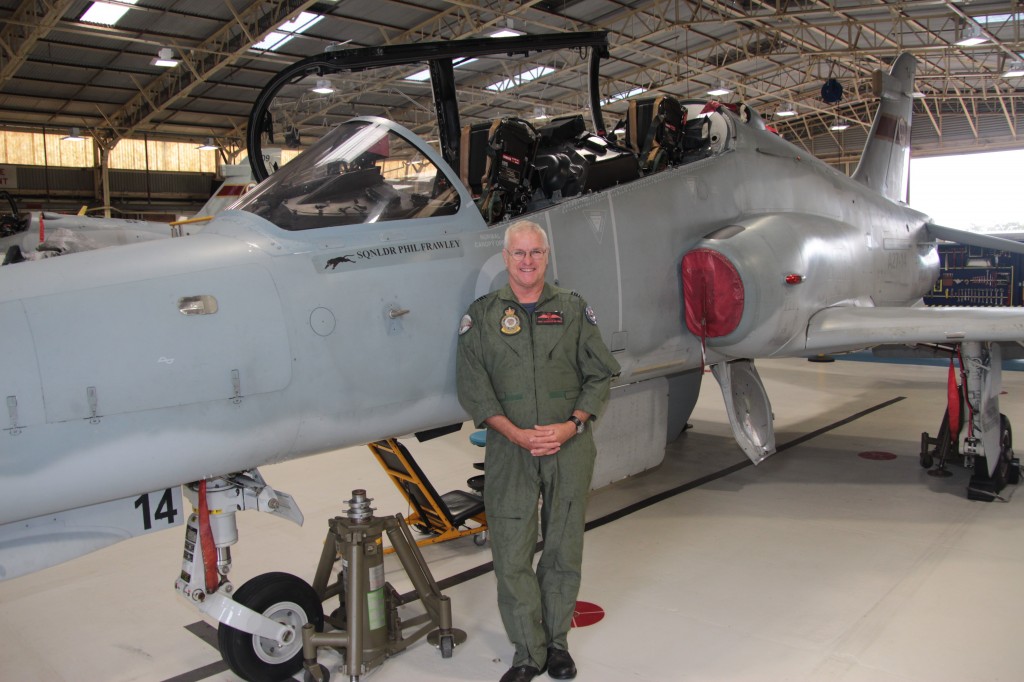 Most look forward to retirement, but Philip might have to be dragged away.

Phillip had been recognised as the oldest active fighter pilot in the history of the RAAF and was asked to be interviewed for an RAAF Reserve newspaper. The journalist did some further research and told Phillip that he was in fact older than the guy who was presently in the book as the oldest active fighter jet pilot. So with tongue-in-cheek he applied for the record. He thought that they would tell him to go away but they wrote back and asked him to send copies of his logbook entries along with a birth certificate and a couple of letters. There was a bit of toing and froing but to his surprise the certificate turned up.

The previous holder was 60 and 23 days. He was an F-16 pilot for the Israeli Air Force. He’s probably seen a lot more action than Phillip has but that’s neither here nor there.

Phillip is trying to make it as hard as possible for anyone to beat him too. He’s 61 now and plans to keep flying until 65 when he’ll have no choice but to finish up in the reserves. The old saying, ‘You’re only as old as you feel’ certainly rings true in the case of Phillip as he cuts an impressive figure. He surfs whenever conditions allow which provides him with both anaerobic and aerobic fitness but he does admit that he experiences a lot of aches and pains. But when your spine is compressed and elongated like a concertina for 40-odd years that’s expected. It’s probably the only drawback he associates with the occupation that he still can’t get enough of.

“You have to maintain a good level of fitness to do what we do. Pulling g-force and fighting with your aircraft is tiring. Do two or three trips a day and I guarantee you’ll be ready for bed,” Phillip explains.

“For training purposes we normally pull about 5G but the aircrafts are capable of pulling eight. That’s eight times your body weight. Your head weighs about 15-18kg so multiply that by eight – it’s a pretty impressive thing. 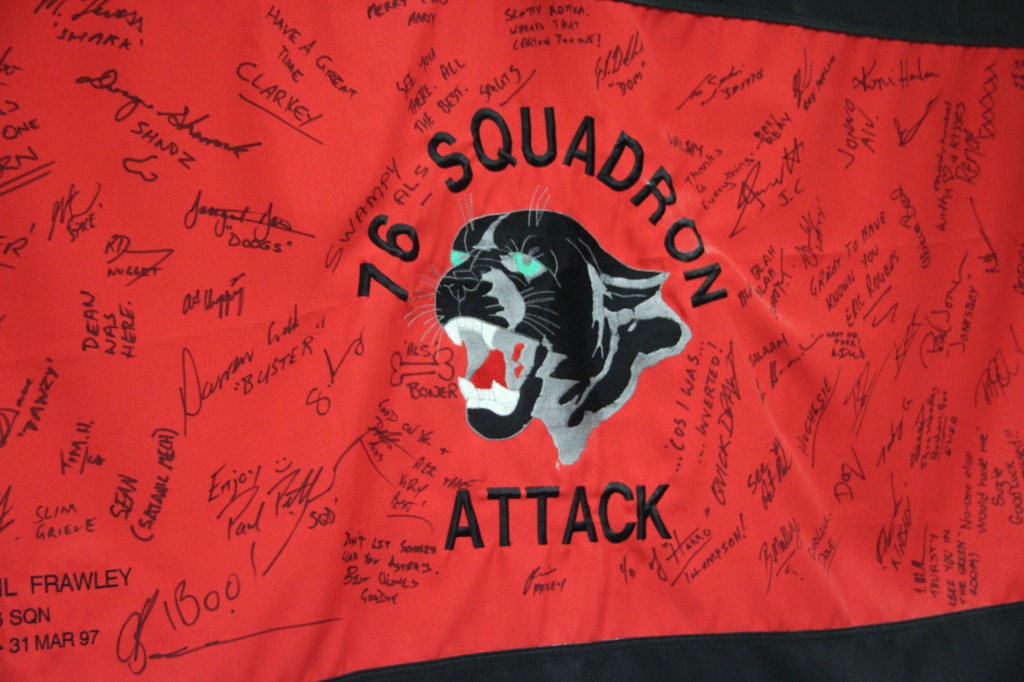 Philip has certainly made a lot of friends over his 40-odd years of service.

“It’s definitely a unique occupation but not for me. I’ve been doing it for 40-odd years and I consider it a bit of an addiction because I can’t get enough. It’s going to be a sad day when I get kicked out of the gate for the last time,” Phillip explains.

“The older I get, the more one-eyed I become about what I do. I am just so wrapped up in flying. If I go on leave I can’t wait to get back. It never really feels like I’m at work.”

To do something that you love and to get paid for doing it is pretty special. Even more so when it’s a love that blossomed from an early age as it did for Phillip. He explains where the interest begun.

“As a kid, my stepfather was training to be a pilot during WWII but it ended before he finished his training. I also had an uncle who was right into planes so we built models together. I was born and bred in Coolangatta and it was a long trek to get to Amberley in those days so we would watch the air show on TV but that was definitely enough to spark the interest.

“I joined the Air Force as an apprentice and became a technician under advice from my dad. Not everybody passes pilot school thus I needed some form of backup in case I wasn’t successful. I became an instrument fitter first and then did my pilot training after five years in the Air Force. Thankfully I was successful and went on from there. I never looked back.”

Phillip resigned from the permanent Air Force in 1997 before embarking on a five year sojourn to Saudi Arabia where he worked for the Royal Saudi Air Force under British Aerospace Systems. British Aerospace recruits instructors to go over and teach. They recruit from all of the Commonwealth countries for instructors and ground technicians. 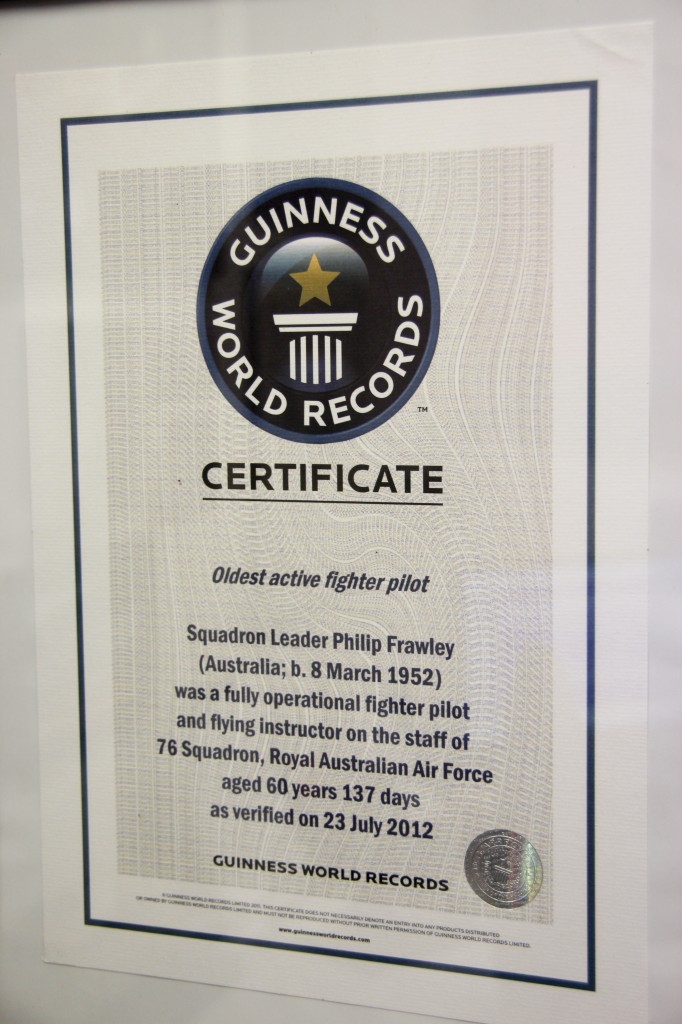 “I was thinking about retiring from the Air Force and they were recruiting at the time. I naturally had a meeting with the family and asked them what they thought. They all told me to go for it. My wife came over with me and she loved it, she didn’t want to come home.

“For those that haven’t been there, there is a misconception about the country and the people but the average Saudi guy is just like any other. He worries about his family, how he will pay the mortgage and just about life in general. They just dress differently. I found them to be very courteous people… there’s no two ways about that.”

Phillip describes his new role as varied and extremely satisfying. He is able to pass on his knowledge and experience to aspiring fighter pilots and he still gets to touch the sky while doing so.

“I follow a daily schedule that could involve air combat training, helping the army or harassing the guys at the ships before they head over to the Middle East.

“I basically work week on, week off but we’re a bit short on instructors at the moment and that’s a cyclic thing.”

According to Phillip there hasn’t been much of an attitudinal shift between the young guys now and the generation he went through training with. As is the case across a lot of industries, the biggest change has come from technological advancements.

“The younger guys have been brought up on video games and computers so their ability to cope with digital systems is impressive.

The aircrafts are running on mission computers which the guys get up to speed with soon after they jump in the aircrafts. That would be the biggest change.

“We’re very fortunate because the young guys that come through here are very motivated to become fighter pilots. It’s very easy in terms of us not having to motivate them. What we teach is very difficult to come to terms with so getting the message across can be a difficult task.” 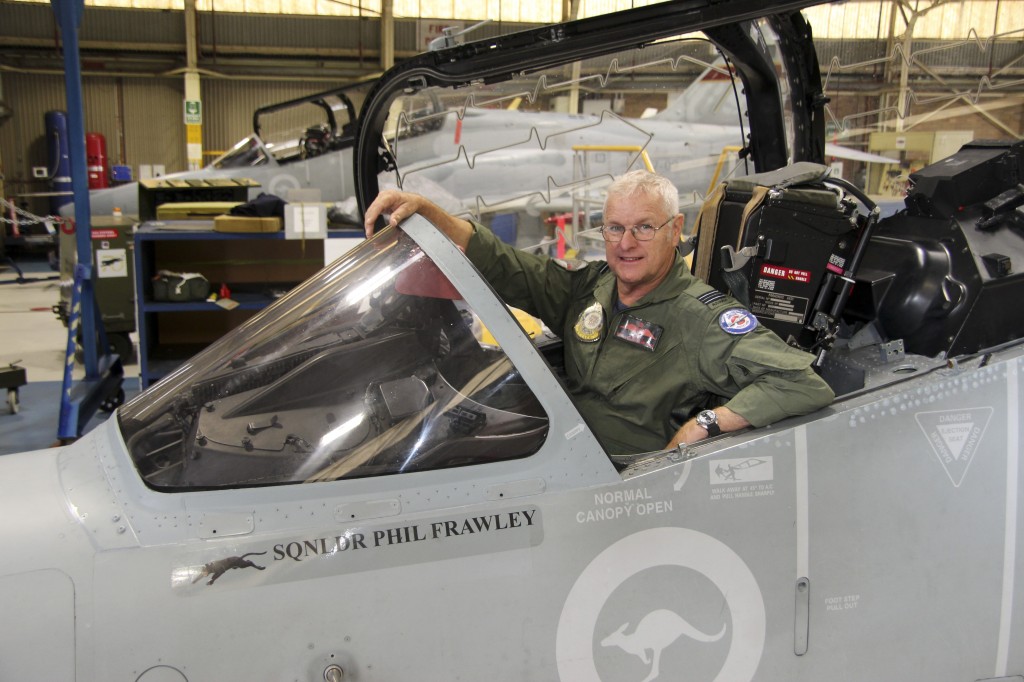 Despite his age Philip still manages to stay in the shape required of a fighter pilot.

For Phillip, the progression into teaching was a natural one. He explains that the Air Force needs most of their pilots to become instructors to keep the momentum going.

“It’s a way of giving back and it’s a way of perpetuating the whole system as it goes through. I always wanted to be an instructor and I always thought I would make a reasonable one. The fact that I really enjoy doing it helps a lot too. I couldn’t see myself doing anything else.

“Flying is definitely my outlet. It’s hard work but it’s also very satisfying. There are a lot of checks to do in the cockpit before and during flying. I guess I’d compare it to the likes of a carpenter confronted by a really hard job. He reaps the benefits in completing the task to a high standard. For me also, it’s about instructing the kids. I get the satisfaction out of seeing them later in life when they are fully blown Hornet pilots.

“Teaching the younger guys keeps me young. I don’t find it easy these days – a lot of things are changing. A lot of study is required to keep up with it which can be difficult for my old brain to cope with,” he laughs, “The technology has changed a lot.”

So what does Phillip plan to do when retirement kicks in?

“I currently take clients on adventure flights in a jet aeroplane on weekends so I’ll continue to do that. I’ll also keep up with civilian instructing as long as I keep my commercial medical.

“I still get a massive buzz from flying. You just get so good at it after a while that it becomes second nature, like driving a car. I’ll continue to fly as long as it’s fun because  if it isn’t fun, what’s the point?”