Former Australian Prime Minister John Curtin once said of Ginger, “Ginger Meggs is Australia’s Peter Pan. Most of us can recognise in him our own youth, but unlike him, we had to grow up.”

Meggs is an Aussie icon. He was born in 1921 by cartoonist James C Bancks and immediately reflected the Aussie battler who overcame great odds in the face of adversity. The air force even painted Meggs on the side of their planes in WWII. 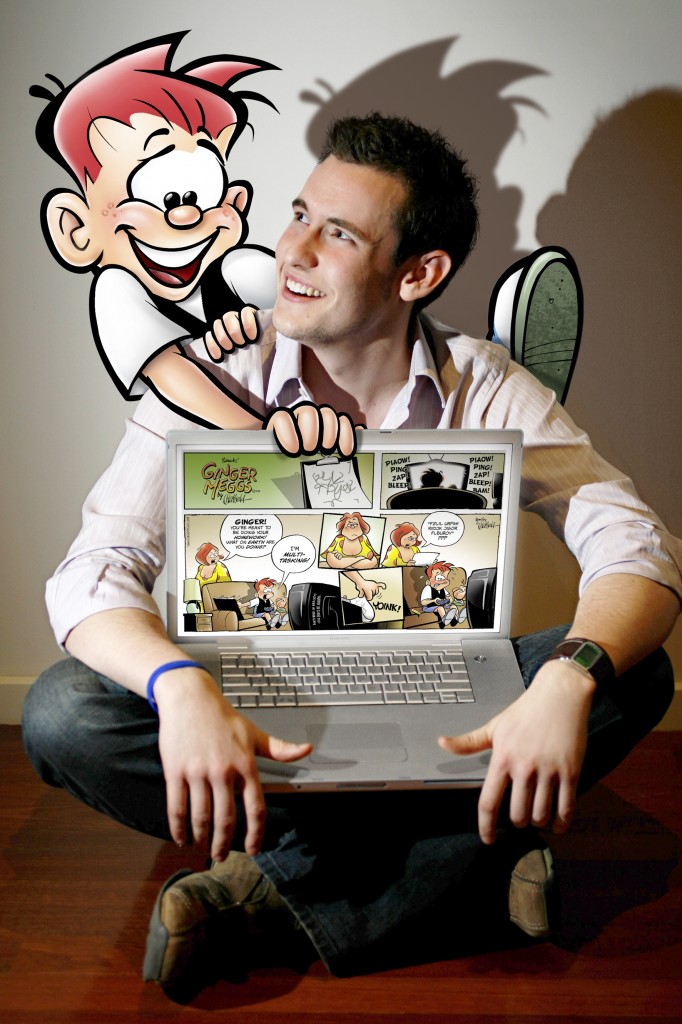 Jason’s work as a comedian has held him in good stead when it comes to creating humorous cartoons.

When Jason Chatfield was asked to foster Ginger Meggs he didn’t think he was up to the task. In 2007 Jason was approached by the then Ginger Megg’s cartoonist, James Kemsley, to take over the comic strip. That was three days before James passed away.

“He had only drawn one comic strip for a magazine. So I figured if he could learn on the fly then I could too. He planned to train me up for a few months but unfortunately he passed away before he could do so. I’ve been Meggs’ caretaker ever since.

It came as no surprise that Jason was a stand up comedian. I sensed his humorous side came naturally when we first conversed via email. His responses were quick, witty and straight off the bat. No doubt that lends itself well to his role of continually developing new material for the comic strip.

“I was doing stand up before I started drawing Ginger Meggs. I was working as a cartoonist on editorial cartoons for newspapers. Political drawings and caricatures were part and parcel of the role and it was great.

“I drew people in the Fremantle markets on weekends and worked 20 hours a week at the newspaper. I started doing stand up in Perth in 2006. The scene was good there and I could do a gig every night back then. By day it was caricatures and by night it was stand up so it felt like I was living two lives.

“I worked crappy jobs before I got into stand up and cartooning. I sold hot dogs outside of Bunnings and dressed up as a koala out the front of pizza shops in stinking weather… they were terrible jobs,” Jason smirks. 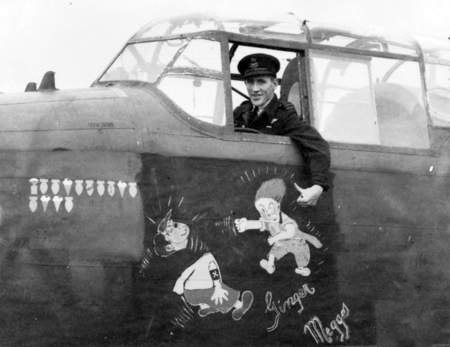 WWII pilots would draw Ginger Megges on the side of the planes.

Life has changed a lot since then. He’s adopted Australia’s favourite son and together they’ve forged a fantastic relationship. Jason brings Meggs to life in his modest studio on the fringe of Melbourne’s CBD.

“If you work from home it’s hard to separate work from relaxing so this studio is very much a work space. Once I’m done for the day I shut the door and that way I don’t see it in the corner. I’ve always had a studio wherever I’ve lived and I went from elaborate set ups to working with the bare essentials. I need a desk to draw on and a stand to rest my Wacom tablet on… that’s it.”

Jason has a bit of a Velcro obsession too. He’s killed two smart phones with ink spills so he decided it was time to come up with a solution. The back of his iPhone features a positive and negative Velcro spot and various spots are located around the studio to ensure his phone is never in harm’s way.

“I have Velcro everywhere. There’s even some on the bathroom mirror. It’s become one of my things. I guess everyone has their own quirks and that’s one of mine,” Jason explains.

“As a creative I use a lot of headspace. I find it hard to be creative when I’m really busy so I need to stay on top of deadlines. With the comic strip I work six to eight weeks ahead, so I know I have that buffer and don’t want to lose the momentum and fall behind.

“I meditate a lot which helps with stress. I use to be an insomniac and a slave to stress… I was constantly burnt out. I meditate a couple of times a day and do most of my creative work straight after. I turn my phone off and just get in the zone. My friends get annoyed if they can’t get in touch with me but hey I’ve got work to do.

“Trying to explain where the inspiration comes from is pretty hard. It’s usually a process whereby something happens or I’ll intend to write something but then I’ll come up with a completely different angle that works and then it flows from there. I can’t make the strips too character driven because a lot of new readers won’t get it. Everything has to be fresh and funny or understandable by all levels of reader. Most of the inspiration comes from real-world events but my wife and fellow comedians develop good ideas too.” 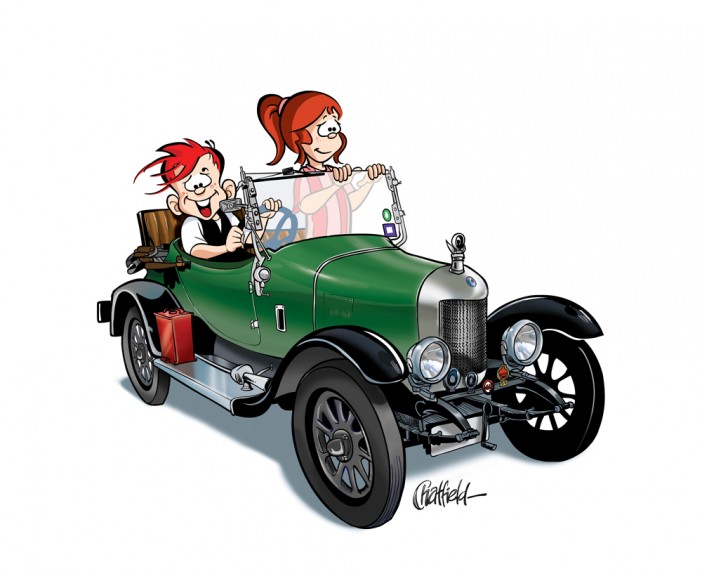 Jason is the fourth cartoonist to take over Ginger Meggs since the passing of original creator Jimmy Bancks in 1952.

When asked about the parallels between stand up comedy and writing comic strips, Jason explained that the audience was too different to be able to use the same material across both platforms.

“Comic strips are generally aimed at people who read newspapers and a large percentage of people that still do are aged 40-80. They tend to identify and react with everyday type of events. Stand up audiences are made up of people who go out to watch stand up. They’re generally aged between 18 and 34. So I have to write for my audience. I think I’ve only ever used one skit from Meggs in my stand up performances,” Jason explains.

Keeping Meggs as Australian as Vegemite hasn’t always been straight forward for Jason. His editor occasionally asks for objects and phrases to be more ‘American’ like calling a tissue a Kleenex or a photocopier a Xerox. He never caves in though – it’s an Aussie strip after all and that’s what makes it so unique. The world doesn’t need another Garfield or Zits.

Ginger entertains audiences in over 120 newspapers across 34 countries every day. The strip is syndicated by Universal in Kansas where translators who know all of the colloquialisms distribute it around the globe.

The dynamic between the writer, or in this case the illustrator and writer, with the reader is not too dissimilar to other forms of publishing.

“I don’t hear from a lot of readers,” Jasons says.

“As is often the case in publishing, you only hear from someone if you do something wrong. I still recall Kemsley telling me years ago that writing is a form of therapy and publication is a form of receiving feedback. I suppose we put media out there to get a response but interaction with readers is definitely an interesting dynamic. I guess if I’m not hearing from them I can only assume that they like it.”

The changing media landscape has played a big role in the development of the comic strip. Jason has learnt that readers aren’t disappearing; they’re simply going somewhere else and it’s his role to ensure Meggs is waiting when they get there. He’s now on Facebook and Twitter, there’s a smart phone app and an eBook. The digital components aren’t only catching existing readers; they’re capturing new ones too.

“A lot of people who do discover Meggs online have never really seen him in print so they don’t know the history behind it but they’re a new reader which is really cool. I’ve worked out that baby boomers know all about him, boomers kind of do, Gen X know but don’t really read newspapers and Gen Y has no idea.

“I got handed the reins at a time when newspapers were sort of dying so I had to take it on and run with it in a few directions. It hasn’t been easy but it’s certainly interesting and I’ve learnt a lot along the way.”

Jason explains that he originally drew the comic strip by hand but just like the evolution of media, technology has advanced a lot too. 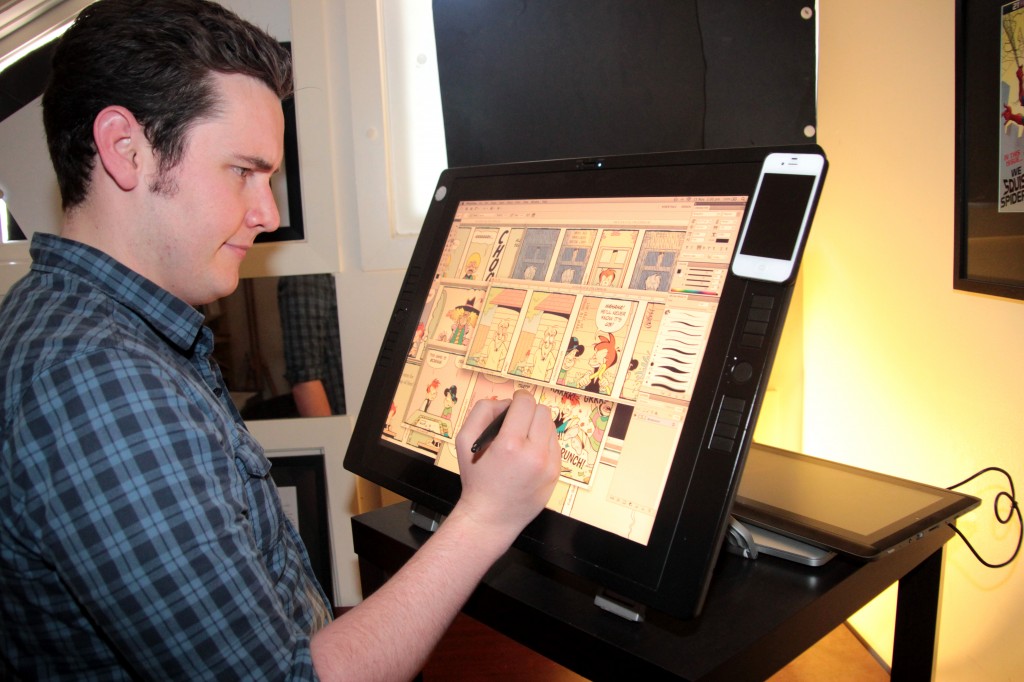 Jason originally drew the cartoon by hand, but technology has certainly caught up.

“I now draw the strip with a Wacom Cintiq. Before I went to the tablet, the big three deck Sunday strip would take all day to draw. I would start at about seven in the morning and finish up by about six at night. I had to draft it, rough it, write it, re-write it and then edit it. It was such an involved process. I worked as a printer for a few years so I knew what went on behind the scenes. Getting prints made up was such an event. Now with digital it just happens. Drawing six dailies and a Sunday strip would previously take up my entire week. Now I can draw six dailies in a day and draw a Sunday strip in half a day.

“I like to write 12 at a time as it means they’re all consistent. I can be in a different mood each day and I don’t like to write if I’m having an off day… it will reflect in the comic strip,” Jason says.

“With such an emphasis being placed on online components, I’m planning to move to America in the near future. I have developed a fairly extensive network over there and they’re doing great things over there to ensure comics will survive online.”

Jason assured me that his impending move won’t make Meggs any less of an Aussie icon either – he is very much dedicated to keeping the tradition alive.

“Meggs has always captured the zeitgeist of the decade that he has lived in. He has evolved and changed according to how Australians act and speak. He now talks like kids talk without saying anything too terrible like ‘amaze balls’.