Trending
You are at:Home»In The Drink»Beer»Roll out the Barrels

Barrel-ageing beers is nothing new. It is, after all, how beer was originally stored – the ageing was just a side effect. Now, as brewers strive to develop more interesting flavours, ageing beer in barrels is making a comeback. Kate Jordan talks to Matt Houghton of Boatrocker Brewing about his barrel-ageing program.

Like many smaller breweries, Boatrocker is hidden away inside an unassuming building in a semi-industrial suburb. There’s a sign out the front – an old boat with the word ‘Boatrocker’ cut out of it – but you’ve got to know what you’re looking for to find it.

Inside this inconspicuous building in Braeside, Melbourne, you’ll then need a discerning look to find the really good stuff. Don’t be distracted by the large, shiny new tanks on the left – sure, they’re set to increase brewery production by a third, but the good stuff, the really interesting brews, are hidden away on the right. There, among various cleaning and packaging debris, are several whisky barrels of various sizes. 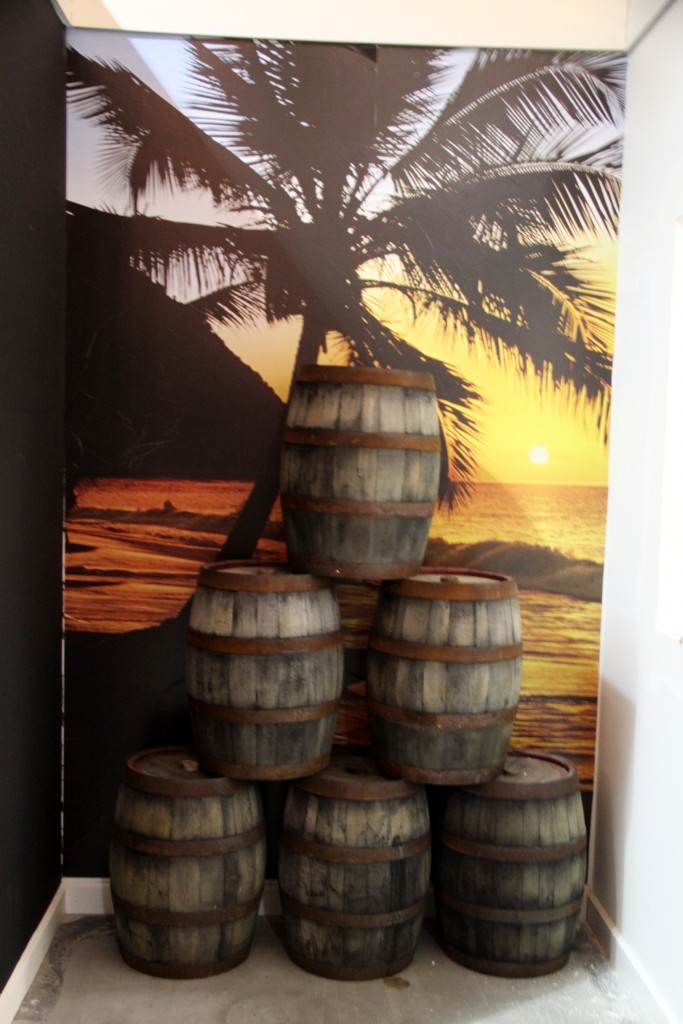 But before I get too distracted with the good stuff, I’ll introduce you to the brewer, the man behind the barrels: Matt Houghton.

Matt’s been into beer since before it was legal for him to do so. Inspired by the classic beer show The Beer Hunter, he started home brewing as a teenager. Later, he backpacked his way through Belgium, tasting as many brews as he could.

“Belgium is one of those countries you can get lost in, very happily and very easily,” Matt says. “There’s such an amazing array of beer styles and varieties that it’s a bit like a kid in a candy store. It’s just like ‘ooo, I’ll have one of them’. Pretty soon you have a headache and an empty wallet, but it’s a lot fun.”

He and his wife Andrea established Boatrocker in 2008, first as contract brewers (developing recipes that are brewed at another brewery), then investing in a brewery kit of their own. Their first beers were popular hoppy brews, with names like Alpha Queen, Smash! and Hop Bomb. Now they’re about to take things to a whole new level, with the opening of a tasting room where punters can sample their barrel-aged beers.

Which is where the barrels of interesting beer come in.

The process of barrel-aging beers isn’t quite as simple as putting the beer in the barrel, forgetting about it for a few months and then bottling it. Beer in a barrel behaves different than that in a stainless steel tank. Each barrel’s bung is fitted with a small airlock, to let out excess CO2. 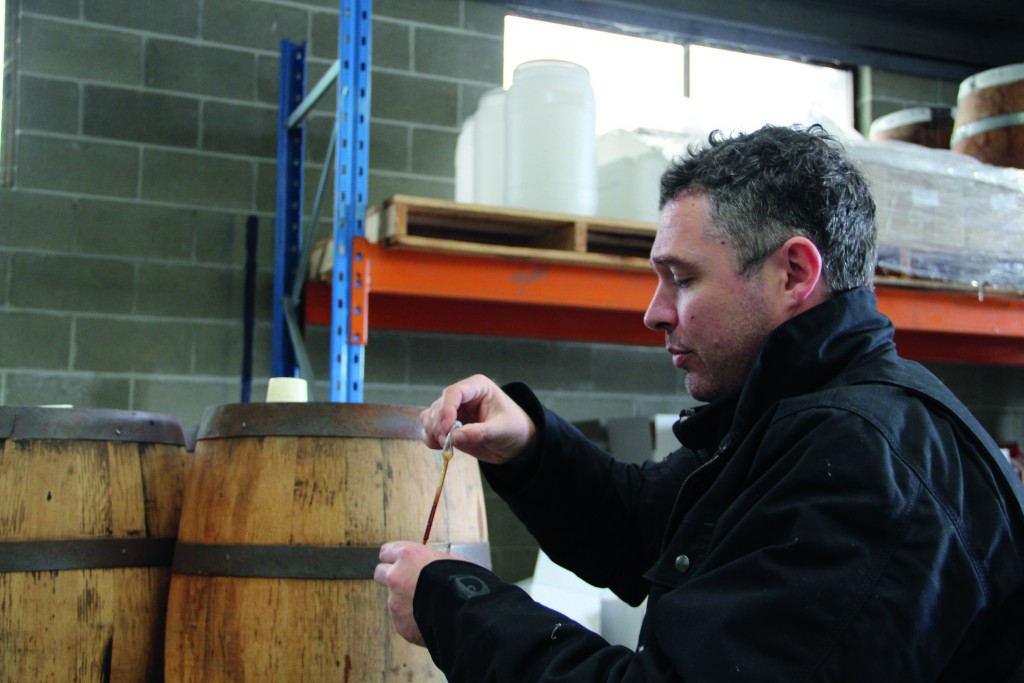 With barrels, as it warms up, the gas comes out of the solution. So unless you have a little breather bung, the bungs pop out.”

Once the beer has absorbed the right amount of flavours from the spirits and wood in the barrel, the beer is blended with ‘fresh’ (non-barrel-aged) beer to the desired taste. Every barrel produces slightly different flavours and this is further altered by whether the barrel is lying down or standing up.

Boatrocker has already had some success in barrel-aging. The barrels I pointed out earlier are the third incarnation of a beer named ‘Ramjet’, an imperial stout (a very boozy, very dark beer) that was aged in whisky barrels. Ramjet is immensely popular, with diehard fans hunting down the remaining bottles in both years. This year, Matt decided to extend the Ramjet range and is aging some in bourbon barrels.

With all these barrels, you can imagine that space is at a premium – one of the reasons why Boatroacker is now using another building across the road. 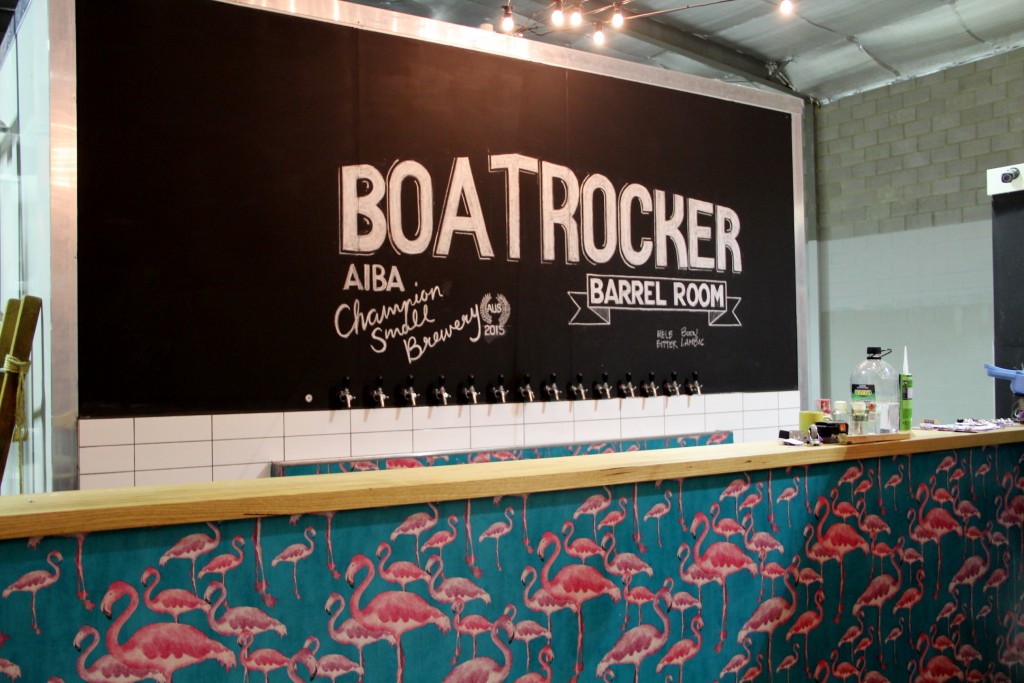 On the day I visited, Matt apologised for the mess, but it really wasn’t that bad – a few pallets of bottles dropped in the middle of the floor and some building refuse, but you could see the place was really coming together. The bar with its chalkboard backdrop and pink flamingo wallpaper is in place, the toilets built, and various chairs and tables stacked up, ready to be laid out. And – best of all – more barrels are lined up along the walls.

The first ones we approach are also Ramjet – but in bourbon, not whisky barrels. Matt pulls out a little pipette to draw off a couple of tasters.

“It’s a very different – same base beer, same recipe, but different sort of barrel. It’s amazing,” Matt says as he hands over the taster.

“It’s really smooth. I think that’s partly to do with the high vanilla content of bourbon barrels, it really makes things a lot sweeter. Some barrels are a lot more bourbon pronounced, some are more beer forward and others have got just a nice blend of both,” he explains. “I get a lot more char character, which will also be the barrel.”
On the next rack is more bourbon barrels with six-week-old scotch ale inside.

“It smells like a dessert beer. It’s quite a toffee-forward and sweet style, scotch ale,” Matt says. “This is a very different thing altogether. The base beer that went in there, finished – as most scotch ales do – with quite a bit of residual sweetness. But it doesn’t seem overly sweet. It’s that fine line between having too little character and too much, getting a product that’s still tastes very good and drinks well.”

As well as a big time commitment, the barrel-aging program also needs significant financial investment. Each barrel costs about $400. 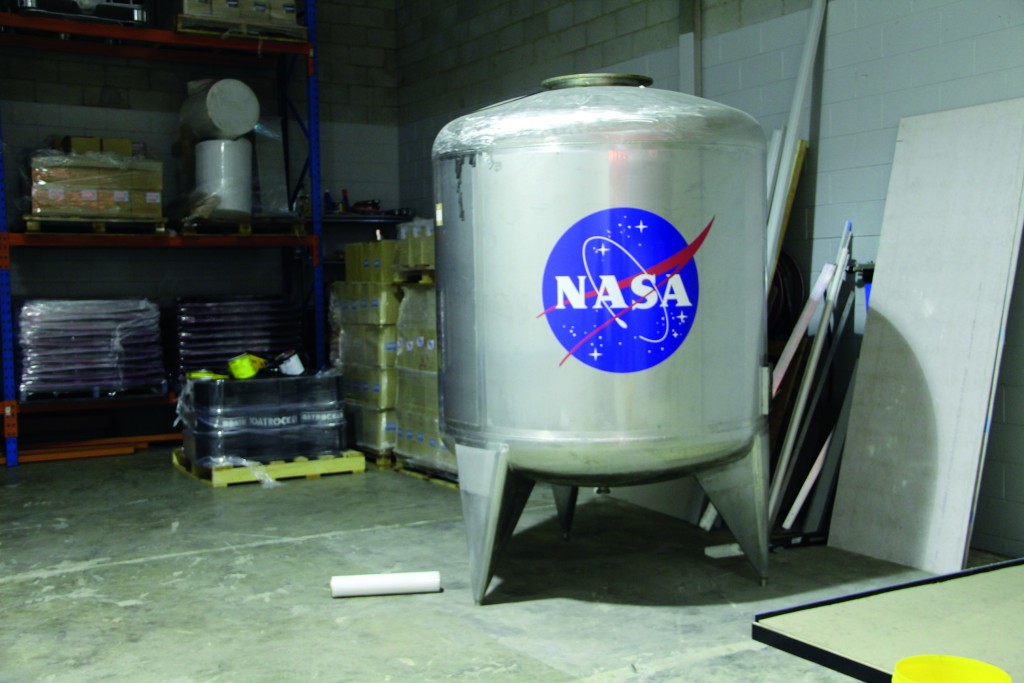 “It is a big investment, so we want to try and get two uses out of it. But, obviously, your first use is going to have a lot more bourbon character,” Matt says. He goes on to explain that the second use will have less spirit flavour, but still enough to make a beer interesting. After that, much of the spirit flavour is gone and the wood comes to the fore. He’s still throwing ideas around for the next beer – maybe an IPA or some sort of whisky sour? – but it’s still in the planning stage, as these current beers will be in the barrels for many months to come.

Towards the back of the building is another collection of barrels, containing sour beers of various descriptions. A sour beer is intentionally made sour, tart, or acidic, using yeast or bacteria.

With these ex-chardonnay, French oak barrels, Matt’s not really looking to bring out the flavour of the barrels. It’s more just somewhere to keep the beer for the long – really long – time that’s needed for these beers to develop their full flavours. The beer Matt hands me has been in barrels for two and a half years.

I ask him if he wondered whether he was a little bit crazy when he first put it down.
“I had a plan. The plan was good,” he shrugs.

The beer in our hands is a mix of many different microbes, including lactobacillus, brettanomyces and pediococus, among others. 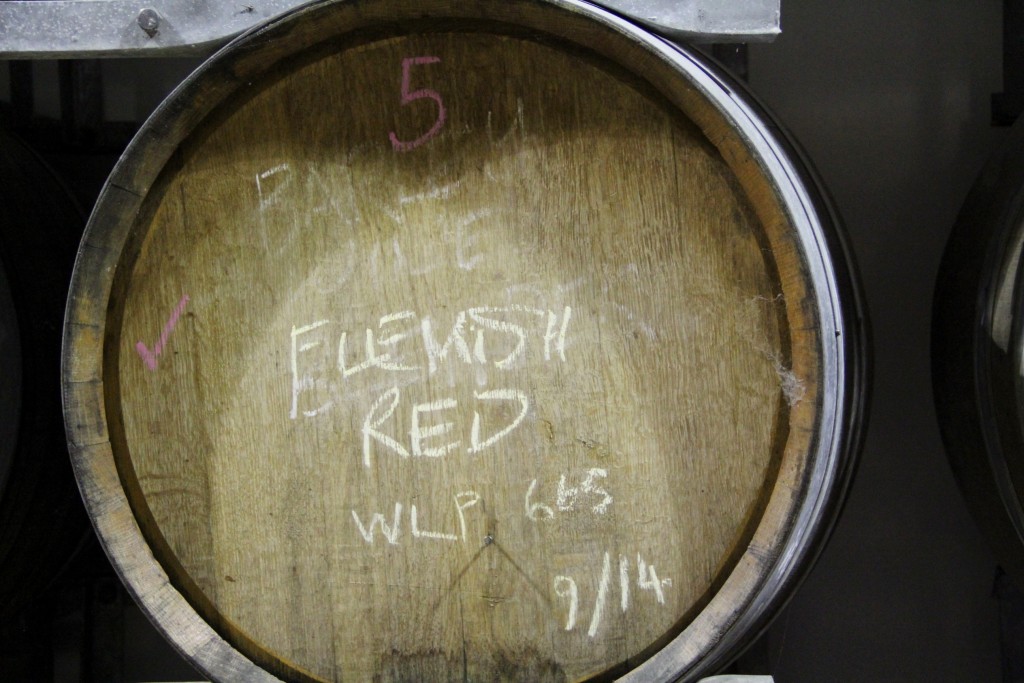 “Lactobacillus is a typical yoghurt-producing bacteria, with lots of different varieties,” Matt explains.
“Brettanomyces is a winemakers’ hatred, a wild yeast often found floating in the air naturally, but gives some really off characters to both wine and beer, but used in the right way it can enhance. And pediococus, again it’s a lactic-producing bacteria, but it’s pretty much the brewers’ curse, but again, really lovely and, as you can taste, seriously acidic.”

The beer is tongue-tinglely acidic and reminds me of vinegar and hot chips. It isn’t quite finished yet.
“It’ll get a little bit more acidic, I don’t think it’s reached peak acidity,” Matt jokes.

While sour beers are growing in popularity, not many brewers are experimenting with them, partly due to the time they take to develop, but also because of the danger they pose to the brewery’s other beers. The flavours that the bacteria and yeast create are seen as flaws when in other styles of beers. In this way, the building across the road is ideal.

“We don’t bring used barrels across to the brewery to refill. As lovely as this beer is, it doesn’t work well in normal beer works,” Matt says.

Matt’s remarkably calm for a guy about to take the next big step in his business and open a bar. The calmness seems to stem from being confident in his product and in the staff he’s hired to set the bar off in the right direction.

After all – this is a guy who plans beers three years in advance. He’s a man with a plan.

The Boatrocker tasting room is located at 34 Macbeth St, Braeside, Melbourne and will be open Thursday to Sunday.